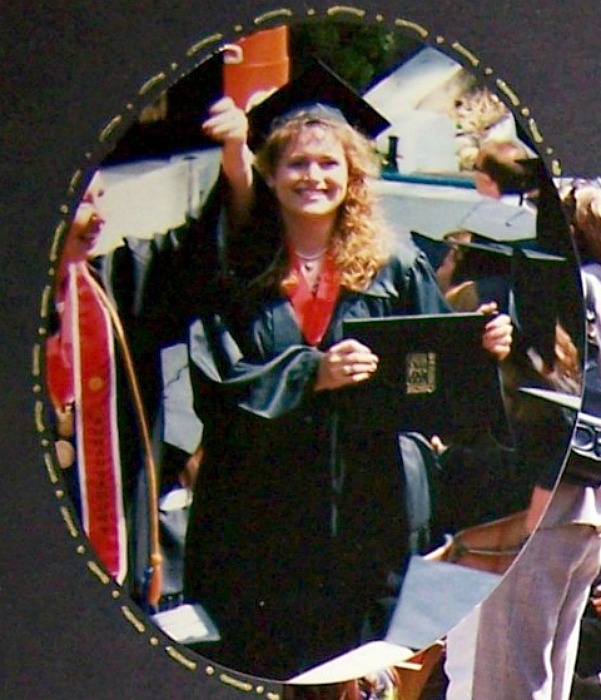 20 Years a College Graduate and the Road Taken

If you’d told me where I’d be 20 years after graduating college, I probably wouldn’t have believed it. Twenty years is a long time. It’s just under half my entire life’s existence.

Yet here I am — 20 years to the month I graduated from San Diego State University. I’ve been thinking a lot about who I was then, and what I wanted out of my life at the time. Before I graduated college, I had two distinctly different career/life goals in mind. I wanted to either be a broadcast journalist or newspaper reporter, or go to law school in Boston.

I realized fairly quickly into my senior year of college that going to law school wasn’t in the cards for me. I liked the idea of being a lawyer, but I struggled with the LSAT and decided I didn’t love the law so much that I want to go through three more years of schooling.

To be a news reporter or producer, I needed to move away from San Diego to earn my stripes at a small town, local station or paper in order to work my way up to a larger market. That’s how it was done 20 years ago, before the Internet existed and it was possible to write news remotely for online publications. And at the time, I wasn’t quite ready to say goodbye to my home town and family to conquer the brave world of rural reporting.

So in April of 1997, I applied for my first full-time job as a publicity assistant at KPBS, the San Diego public television and radio station. I was already working at KPBS as a student assistant for a good chunk of my college years. I knew most of the staff and fellow students working there and had a deep affinity for public broadcasting even at that young age. One of my proudest professional moments was receiving the call to say I got that job.

The Tuesday after graduation, my 21-year-old self walked into the KPBS studios (still very sunburned from foolishly laying beach-side over Memorial Day weekend) and started my first full-time job as a college graduate.

I loved those early days of my career, when so many of my friends and colleagues were recent college graduates — all of us trying to find our way in life. I shared an apartment with a roommate, and I worked hard to make ends meet; even charging groceries on a credit card to save enough money for rent. There was something exciting about the blank slate ahead, when life seemed so full of possibility.

I ended up staying at KPBS for four more years, being promoted to new roles in marketing and special event management. In 2001, I moved over to San Diego State University and for the next 11 years, I embarked on a long career there that included special events, fundraising, overseeing a marketing/communications department, and later speech-writing for the university’s two presidents. In March 2012, I left my safe and secure job to be my own boss and make a full-time freelance writing career. The rest, they say, is history.

While I’ve never regretted starting my career at KPBS (and everything that’s followed), I do think about what my life would have been like if I was brave enough to leave home 20 years ago. What would have happened if I ended up in a small town (like Terre Haute, for example), working for a local news station? Would I have stayed? Moved to a larger market? Gone back to San Diego? What type of writing career would I have 20 years later?

While I’m a fan of movies like “Sliding Doors” and “Peggy Sue Got Married” that explore the road not taken; in real life, there’s no way to know for sure what would have happened. I do know that I have no complaints about where my life has taken me, and I’m proud of what I’ve accomplished in the last 20 years.

I look at the person I was when I graduated college and think — while it’s been 20 long years — that girl is still very much the same as she is now. Of course, in 1997 I had way more hair and fewer pounds. But that young girl was ambitious, driven, and wanted something more/better from herself and life. I think, in many ways, I’m still like that. And while I do miss those early years of my post-college life, I believe every choice I made had a purpose. And every road I took led to the next chapter of my life.

“Time it was
And what a time it was, it was
A time of innocence
A time of confidences