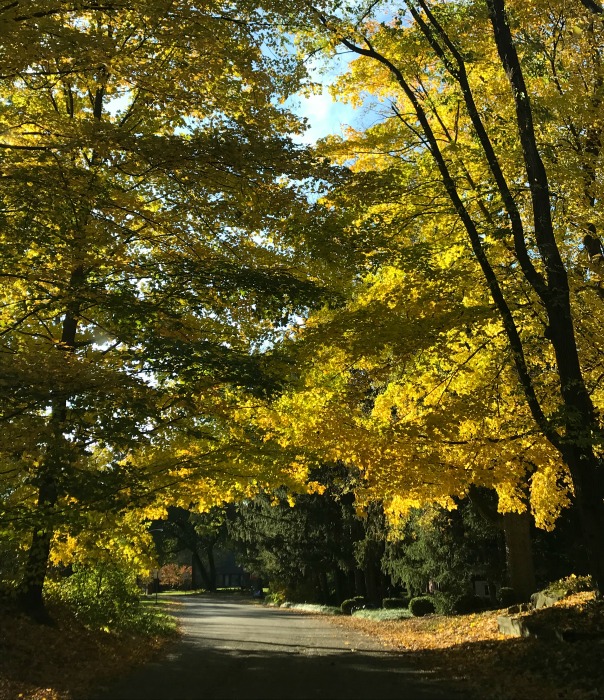 44 Questions Answered About Me and My 44 Years

I turned 44 years old yesterday. When I turned 39, I wrote a blog post that included 39 things about myself. I decided to take on that challenge again this year, and write 44 things about myself. It was tougher than the last time because I had to come up with new items to share. I again took my quest to the streets of Facebook and Instagram and asked friends to send me questions to answer. I received so many great and introspective questions! It was hard to write some of these answers. But here they are, along with a few little-known facts I’ve added.

1. What’s something most people don’t know about you? I wear a retainer/nightguard in my mouth every night to sleep. If I don’t, I clench my jaw unknowingly.

2. Sophie asked me why I started running. There are many nuanced answers to that question that will come later in the form of a longer written piece. But the short answer is this: In October 2016 (almost three months after moving to Indiana), I felt the urge to move outside in the beauty of my new surroundings. I was tired of feeling sedentary and living life “inside,” and felt the need to escape. So I put on running shoes and ran/walked for what was probably one mile. Something about it clicked inside me and fulfilled a need I didn’t know I had … and I haven’t stopped since.

3. What is my dream/bucket list run of any you could choose from anywhere in the world? I’d love to run a half marathon at Mount Rushmore, through the Rocky Mountains, or under the evening desert stars at Joshua Tree.

4. Do you regret any of your life choices? I’m the type of person who believes everything happens for a reason. I don’t necessarily look at a poor choice as a regret, but as a decision that will lead me down a different road (even if it’s not clear what that road looks like at the time). So while I may regret things I’ve said or done, I don’t have regrets about my bigger life choices.

5. Can you dress the same at 44 as you did at 24? I don’t think anyone wants to see me dress the way I did at 24. But most who know me would probably say my wardrobe and “style” have not changed much in 20 years. 6. What’s the most important lesson I’ve learned in my first 44 years? That the hardest choices are often the ones that are the most important and necessary to make. That fear and sadness are temporary, and they lead to something greater. That you’ll never know the impact you may have on a person.

7. Why did you decide to become a writer? I love hearing people’s stories and having the ability to tell them through written words. And I believe that words have power, and by telling stories (others or our own), we can change lives.

8. What’s the best thing about being in your 40s? I don’t know if this has to do with being in my 40s or where I currently live, but I feel like there’s an ease in my life now and I don’t feel “rushed” anymore.

9. How happy are you living in the Midwest? I’m the happiest I’ve ever been, and the Midwest has brought it out in me.

10. What’s your favorite running distance? I like 10 – 12 miles, especially if I’m running with friends. It’s  enough to feel like I’ve done something physically and long enough to have a few good conversations. But not so long that I need to wear fuel and supplies on my back. 11. What is your favorite go-to spot on the San Diego State University campus? No matter the time of year, I always loved standing on Campanile Walkway and facing Hardy Tower and sundial.

12. What are you most surprised about living in the Midwest and/or Terre Haute? This may sound odd, but I’m surprised at the people I’ve found here in Terre Haute. Three years ago, I had no idea this tribe of friends and people even existed, and now they’re a deep part of my life. It’s a very surreal feeling.

13. If writing wasn’t your dream job, what do you think would be? Producing documentaries.

14. Was there a story that changed you? There are so many stories that change me! But last fall, I attended a storytelling workshop and listened to an episode of “The Moth” entitled “It Matters a Great Deal.” This story broke me wide open, to the point that I could not stop sobbing in the class and my friend/the instructor thought she broke me. I’m still not quite sure what it is that moved me so much, but to say the story changed me is an understatement.

15. Who has had the most impact on you as a writer. So many writers, from the screen to songs to books! Aaron Sorkin, Mary Chapin Carpenter, Taylor Goldsmith, Andre Dubus III, Cheryl Strayed, James L. Brooks, Joan Didion, Robert Frost, E.B. White, Jeannette Walls … I’m sure I’m missing tons. 16. If you had a week to yourself, how would you spend it? I’d go somewhere I’ve never been and run, hike, read, write, eat, sleep and explore what it has to offer.

17. What breaks your heart? When the truth is right in front of you, but for whatever reason, it’s unattainable.

18. What do you most want Sophie to know about you as a person, not just as her mother? There’s a line of dialogue from the movie “20th Century Women” that struck me when I first heard it. Annette Bening says to a friend of her teenage son: “You get to see him out in the world, as a person. I never will.” A friend reminded me that Sophie could say the same for me; that she never sees me in the world outside the lens of a mother.

19. What is your favorite article you’ve written? The feature story I wrote about Terre Haute ultra runners is one of my favorite pieces because I admire these individuals so much, and hearing their stories inspired something within me. 20. What is one piece of wisdom that you hope truly sticks with Sophie? You’re not a victim. Life doesn’t happen to you. If you don’t like a situation, change the circumstance. And if you can’t change the circumstance, then change your outlook and re-frame the situation into something you can control. Be your own advocate in life.

21. Heaven forbid you have to move from Terre Haute! But if you did, where would you go? I’d want to go somewhere that has four seasons and beautiful nature. I think about New England sometimes, and also Colorado.

22. What’s your favorite food find from here in the Midwest? I love a good Tenderloin.

23. Your foot is broken, and you can’t run for three months. What do you do to fill the time you would usually spend running? I’d cry … and then I’d write to fill the time. And try to find something else to occupy my time in nature.

24. Am I correct in thinking you’ve been involved in PTO (Parent Teacher Organization)? If so, what advice do you have for new PTO parents? I served as the PTO president at Sophie’s elementary school for two years. I would say two things. First, say hello and introduce yourself to every parent/grandparent that comes to a meeting or event (you’d be surprised how many people never introduce themselves). Second, don’t assume people know what you’re talking about – always explain.

26. What’s your best advice for elementary students who are just learning to write/tell stories? Don’t doubt that you have something to say that’s worthy of writing down. Everyone’s story and words are unique; embrace yours. 27. If Lifetime made a movie about your life, what would the title be and who would you cast to play you? “The Long and Winding Road,” with proper credit to Paul McCartney. When I was a teenager, I wanted nothing more than to look like Julia Roberts. So she seems like a logical choice. But since I don’t have cable, I’m not sure I’d be able to watch this movie.

28. What motivates you to run 100 miles? I haven’t run 100 miles (yet), but what motivates me to run ultra distances is seeing what my mind and body are capable of doing, what I can learn about myself that I didn’t know before, and the camaraderie that comes with the people that are part of the experience.

29. If you had to assign yourself a chronological age based on how you feel today, what age are you? 40-years-old.

30. How does running make you feel? Alive.

31. What have you learned from running? That my runs are like fingerprints and snowflakes — no two are alike. Running has taught me that there’s beauty in the unknown and that every move brings something different — whether it’s a physical feeling, an unexpected emotion, pain, endorphins, random thoughts, or inspiring views. Life isn’t easy, nor is it predictable. Just like my runs, every day is different from the one before and the one that will follow.

33. Have you ever had surgery? I’ve had my share of surgeries over the years. When I was in middle school, I had surgery on my big toenails and roots (ingrown toenail problems). I’ve had two sinus surgeries, a parathyroid removal, and a c-section. 34. What food won’t you eat? I am not a picky eater and will generally try anything. But there are a few things on my “exclusion list.” They include fennel, green peppers, melon (watermelon, honeydew and cantaloupe), and Rice Krispies Treats.

35. What is something you were told that surprised you? A staff member once said she always appreciated it when I said “thank you” after I asked her to do something. I never thought twice about saying that, but apparently it meant something to her.

36. What’s one of the best pieces of advice you’ve been given? This came from my friend Ann marie, who adapted it from Cheryl Strayed: “You’re not a terrible person because you want to change the terms of one particular relationship. Be brave enough to break your own heart.”

37. What’s your favorite song? “Fire and Rain” by James Taylor.

38. What’s your favorite piece of clothing you’ve ever owned? I used to have this light tan field coat/barn jacket. It had flannel on the inside and a brown corduroy collar and cuffs. It was barely cold enough to use in San Diego, but I wore it any opportunity I had. I loved that jacket, but I ended up giving it away before moving to Indiana.

39. What’s something big you learned this past year? What vulnerability is and its role my life. 43. What’s something you’re known for among your friends? Multiple friends say I have a great memory. In college, a few of them nicknamed me “Memorex.”

44. If these 44 years are all you’ve got on this earth, how would you wish to be remembered? My answer comes from the last line of one of my favorite stories: “It is not often that someone comes along who is a true friend and a good writer. Charlotte was both.”

Thanks for reading, for asking the questions, and playing a role in my 44 years!