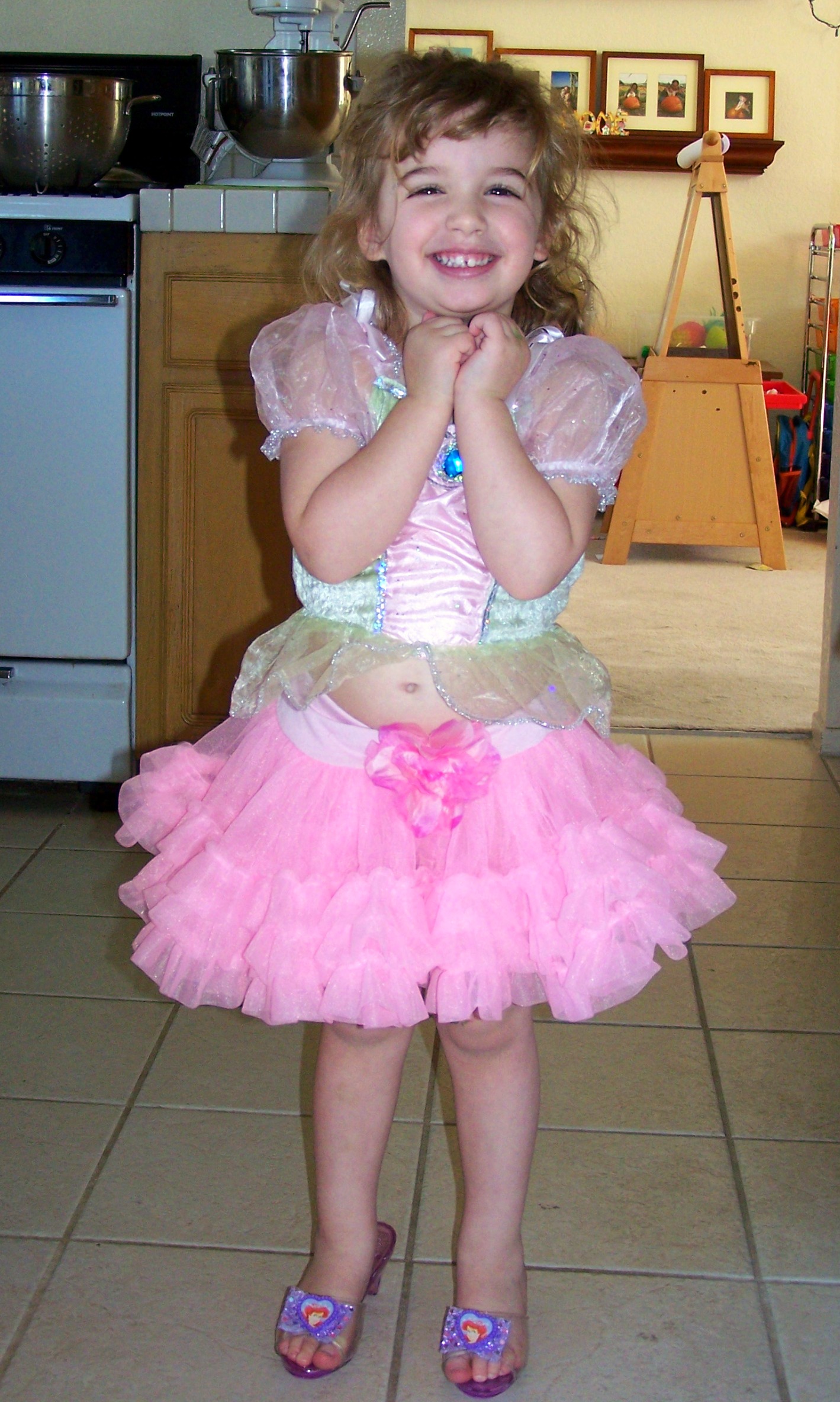 A Flare for the Dramatic

I never thought I’d be saying this, but my daughter is somewhat of a drama queen. Yes, young Sophie has a flare for the dramatic. We see a future in theater for the young comedian.

You have to understand this is such a foreign concept for me because I am not a drama queen in the least. I am quite introverted. My tendency is to air more on the side of keeping emotions in check. So the fact that my daughter – my own flesh and blood – is dramatic is strange to me.

Now I wouldn’t go so far as to say she’s bratty or obnoxious (at least I hope not). But she tends to wear her emotions on her sleeve. Her enthusiasm for things – albeit small – is sometimes magnified by ten. And she can often go from 0 to 60 in a matter of seconds. For example, the other day she was giddy with excitement because I gave her two Brach’s candy hearts. After accidentally dropping one on the floor, she immediately burst into tears. I calmly tell her that everything is okay and to take a deep breath. Can I help you get the heart, I asked? Yes, Sophie quivers. And then all is fine. She’s a happy camper. Like nothing happened.

If Sophie perceives an injustice has been done, or she’s not being listened to, she will often throw herself down on the ground in protest. Luckily, these bursts are short-lived. She has gotten better at being dissuaded by taking a deep breath or focusing on something else. Injuries also seem to be quite heartbreaking for Sophie. And when I say “injury,” I mean a stubbed toe or a small bump. But from her emotional response, you’d think she was smacked across the face. Multiple band aids are sometimes in order.

But of course the dramatic also leads to entertainment and imagination gone wild. We have been told Sophie often leads her school friends in elaborate imaginary play. She tends to be the ring-leader and all the kids want to play with Sophie because of her creative ideas. I can see why. Just the other night, Bryan and I were so caught up in her pretend picnics and games that we couldn’t help not following her lead.

A strong sense of empathy also comes with the drama. Sophie gets very upset if one of her friends is sad or injured. It’s as if she takes in personally. If she senses an animal or child is being picked on or sad (even in a movie), her face turns to a worried expression with tears brimming under the surface. I remember quite clearly watching the scene from It’s the Great Pumpkin, Charlie Brown, in which Snoopy starts crying and howling because of Schroeder’s melancholy piano tune. Watching Snoopy cry, Sophie looked horrified and started crying herself. She felt terrible for the sad beagle. I had to reassure her that Snoopy was okay.

Sophie has lots of emotions and is quite intuitive. I think sometimes she’s a bit too intuitive, which often leads to frustration on her part. She knows there’s something going on and gets easily mad if she can’t express what she’s sensing. This is probably why most of her favorite activities involve creative outward expression — art, painting, music, dancing.

So with that, I’m sure Junior Theater, dance and art classes will be in Sophie’s future. Who knows — maybe my little drama queen will one day be gracing the stage or screen.  Whatever happens, I can’t wait to see what she’ll do next.