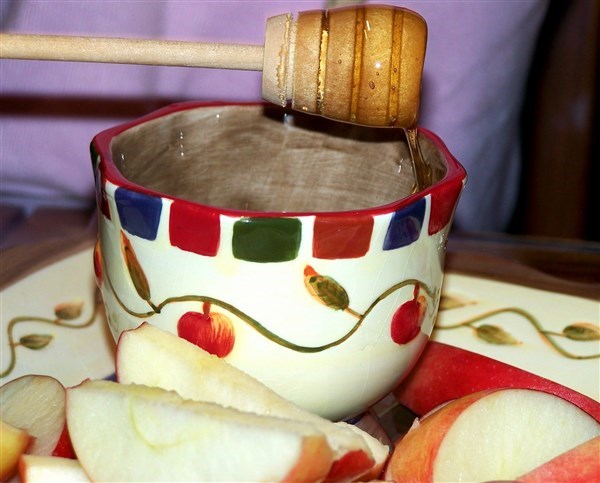 A New Year, Casting Away the Past and Towards New Beginnings

It probably comes as no surprise to any regular reader of this blog that I love the season of autumn. Leaves changing colors and falling to cover the ground, new school year, weather turning crisp and cooler, apples, pumpkins, Halloween, Thanksgiving, boots and sweaters … I love them all! But there’s another reason fall is my favorite time of year, and that’s the idea of it being a new beginning.

In the Jewish tradition, it is, literally, a new year. Rosh Hashanah, the Jewish New Year, typically falls in September, and this year it was celebrated September 30. Ten days later is Yom Kippur, the Day of Atonement. For those of you not familiar with the Jewish traditions, here’s the abbreviated version: We begin each new year with a fresh start. And on Yom Kippur, you atone for your sins of the past year by asking God for forgiveness. You’re forgiven and you start the year with a clean slate.

One of the rituals performed on Rosh Hashanah is a service called Tashlich, which comes from the Hebrew word meaning “to cast.” During Tashlich, you toss pieces of bread into water as if you’re casting away your sins while also throwing in your hopes/goals for the new year. I like the idea of acknowledging the past, but focusing on the future.

The period between Rosh Hashanah and Yom Kippur is called the Days of Awe. This is a time of deep introspection to reflect on the past and what you want for your future. There’s a prayer that’s chanted in Hebrew during these High Holidays that, when translated to English, says, “On Rosh Hashanah it is written. On Yom Kippur, it is sealed.” It’s referring to our future in the Book of Life.

I don’t write a lot about religion, mainly because I don’t consider myself a “religious” person in the traditional sense of the word. I do not regularly attend services or pray consistently. I didn’t grow up religious. But my Jewish heritage is an important part of my life and I do consider myself a “spiritual” person. I look for spiritual meaning where I can — whether it’s in people, nature, experiences, books, writing — and Judaism has provided me with opportunities to find it.

When I lived in San Diego, I was a member of a large Jewish congregation. It was a nice community and I met some great people there. But I never left the holiday services or events feeling spiritually fulfilled. Mind you I always left feeling like I had a place to be when I needed it. But in big cities, congregations tend to be very large (at least the ones in San Diego are) and I felt like I was one small part of a very large sea of worshipers. While I knew many of the people, those services didn’t feel personal to me.

When I moved to Terre Haute three years ago, I was nervous about how I would find Jewish life in a small town. Mainly, I wondered if Judaism existed here. Would Sophie spend the rest of her days in Indiana not knowing any Jewish kids? Would I have a place to worship when I wanted to attend a service to celebrate the holidays? Eventually I made my way to United Hebrew Congregation. It’s a small community, but a warm one. And those who are involved are committed and passionate about sustaining Judaism in Terre Haute.

Two years ago this fall, I found myself sitting in the United Hebrew Congregation’s sanctuary during a Rosh Hashanah service. I gazed up from my prayer book to admire the beautiful stained glass artwork that adorned the windows. I looked around the room at the small, but significant group of people around me, and I listened as we all chanted the same Hebrew prayers in unison. I felt a warm feeling of peace and tranquility come over me that I could not explain. And in that moment, I started to cry. They were not tears of sadness or even tears of joy; simply tears of being and feeling something beyond what I knew. For me, that moment was spirituality.

In all my life, I never imagined I’d find myself sitting in a tiny Jewish temple in a small town, in the middle of America, celebrating the new year and casting away my past. I thought about this a lot when I attended Rosh Hashanah services earlier this week. I thought about how far I’ve come in the last three years since moving to Indiana. And how every year – and every day – is another page in the journey through the Book of Life.

The idea of a fresh start and freeing myself of the past was particularly meaningful to me this year. I think about how I want my story to be written. I think about who needs forgiveness along the way, and perhaps it’s myself that deserves repentance and forgiveness.

“On Rosh Hashanah it is written. On Yom Kippur, it is sealed.”

Until next year, when it’s time to begin anew, again.