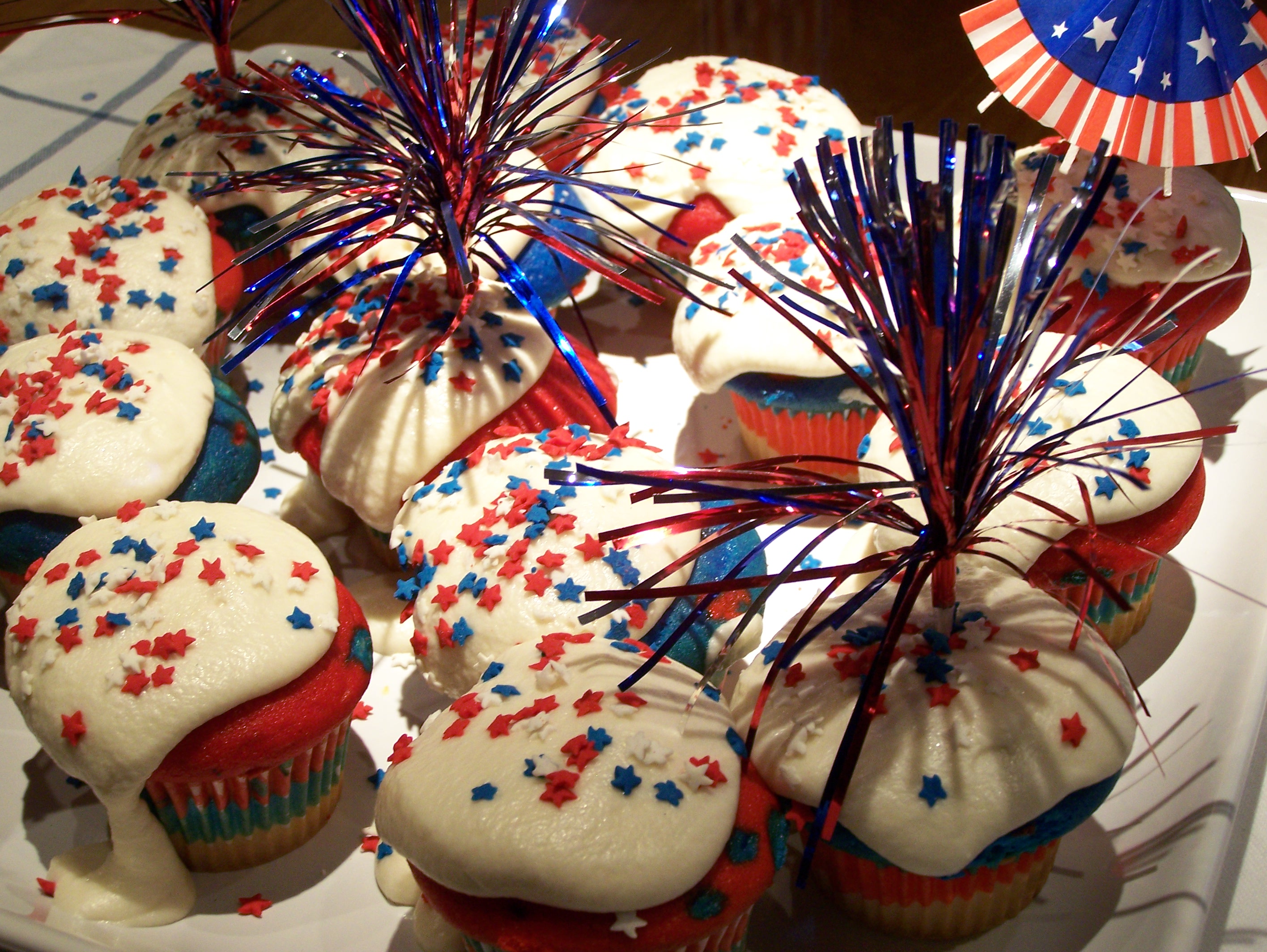 A Sweet Fourth of July

This Fourth of July was filled with family fun, the community parade, barbecue at my parent’s house, and ended with a spectacular fireworks show. In between were some sweet treats I whipped up in honor of Independence Day.

To go with the burgers, ribs, hot dogs, corn, bean salad, and Italian cheese bread that my mom and sister Sari prepared, I made an incredible blue cheese and bacon potato salad (recipe compliments of my friend Amy’s blog), patriotic layered cupcakes and patriotic jello stars.

I admit I was nervous about these new dessert creations I was attempting. You see, I’m a bit of a perfectionist when it comes to baking. I get an idea in my head what I think something should look like; and if it doesn’t quite turn out, I get really discouraged. So needless to say, I was quite pleased with the way my patriotic desserts turned out.

I decided to make red-white-blue layered cupcakes after being inspired by this awesome cake on a blog I love. Here are the ingredients: two boxes of white cake mix, red and blue food coloring, cupcake liners, and patriotic sprinkles. Once you make the cake mix, divide it evenly among three bowls and add the food coloring. Then you put a little more than one tablespoon of white cake batter on the bottom, then blue, then red (or red then blue). They should stay in layers. Then I made a simple buttercream frosting (butter, milk, vanilla, and powdered sugar). Of course you can buy frosting, but I always make my own from scratch. It’s easy, really! Several months ago, I found a recipe for layered finger jello on Tasty Kitchen. I thought to myself, this would be great for the Fourth of July. I printed the recipe and waited for July. My plan was to make the layered jello in red, white and blue and cut them in squares. Then I read this blog post last week and bought myself a star cookie cutter.

The recipe I used is a hybrid of the two posts. I used one large box of berry blue jello, combined it with one package of gelatin and one cup of hot water. I poured it into the glass dish and let it sit for about an hour. The second layer is one can of sweetened condensed milk, two packets of Gelatin and two cups of hot water. The third red layer is raspberry flavor with gelatin and hot water. You can also add vodka for a tasty adult treat. Then you get a pretty layered dish. Add the cute star-shaped cookie cutter and you get these.

I hope your Fourth of July festivities were as sweet and patriotic as mine was!