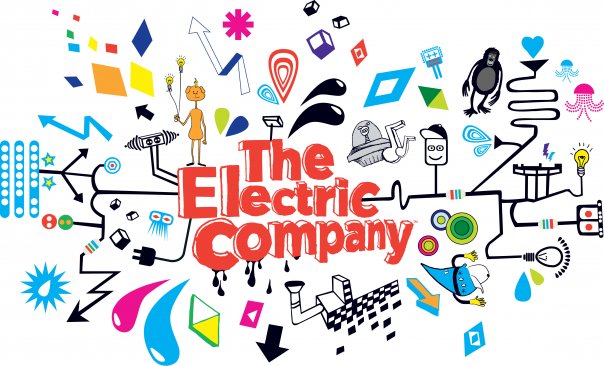 It’s no secret that Sophie likes her television time. And I’m not ashamed to admit that I’m a parent that allows TV viewing. Heck, I was raised with television and it clearly didn’t inhibit my creative spirit. So because of my own experiences and the fact that I earn a living by working from home (and it’s kept both of us from having a nervous breakdown during three months of summer vacation),  I allow Sophie to watch television.

However I do have my rules, which revolve more around the type of programming Sophie watches on television. Mainly I allow our DVD movies, Nick Jr., Disney Jr. and PBS Kids. I like these channels because the content is wholesome and educational. My favorite is PBS Kids, but I admit to now knowing more about dinosaurs from Nick Jr’s Dino Dan than I ever learned in school.

Something happened recently that completely reinforced why I love PBS Kids. One of our favorite shows to watch of late is The Electric Company. This show – which has been around since I was a kid (but it’s way cooler now) – is full of grammar, spelling and English-language rules, cleverly disguised by creative stories, funny characters, and downright awesome songs. Seriously, how do you not love a show with a song like “Silent E is a Ninja”?!

In a recent episode, members of The Electric Company were talking about the word “petition.” The Electric Company kids were gathering signatures for a petition to keep a historical house from being sold to a prankster kids. It was an amusing episode and Sophie seemed to enjoy it. I thought nothing more of it … that is until the local news started.

Some of you may be aware that my city’s (San Diego) mayor, Bob Filner, is under attack for sexually harassing 16 women (as of press date). The anchor of the local news show that followed The Electric Company talked about the effort to recall Mayor Bob Filner from office. He then spoke about the petitions that are being circulated throughout the city.

Not missing a beat, Sophie looks at me and said, “I’ll sign that petition.”

To make sure I understood her correctly, I asked Sophie what she was planning to sign. She replied, “The petition that they need signatures for. I’ll sign it!”

Of course I’m extremely proud that she’s ready and willing to take down the San Diego mayor. But more importantly, I was blown away by the fact that after watching that one episode of The Electric Company, she knew enough about what a petition is and correctly recognized the word from a different context.

This instance is a perfect example of why I love PBS Kids and the children’s television programming that offers substance and quality. Not only did this show teach Sophie a new word, but thanks to that lesson, the Recall Mayor Filner effort has at least one more signature to boot.

Thank you, The Electric Company and PBS Kids — You are truly making a difference in this family’s (and city’s) life!