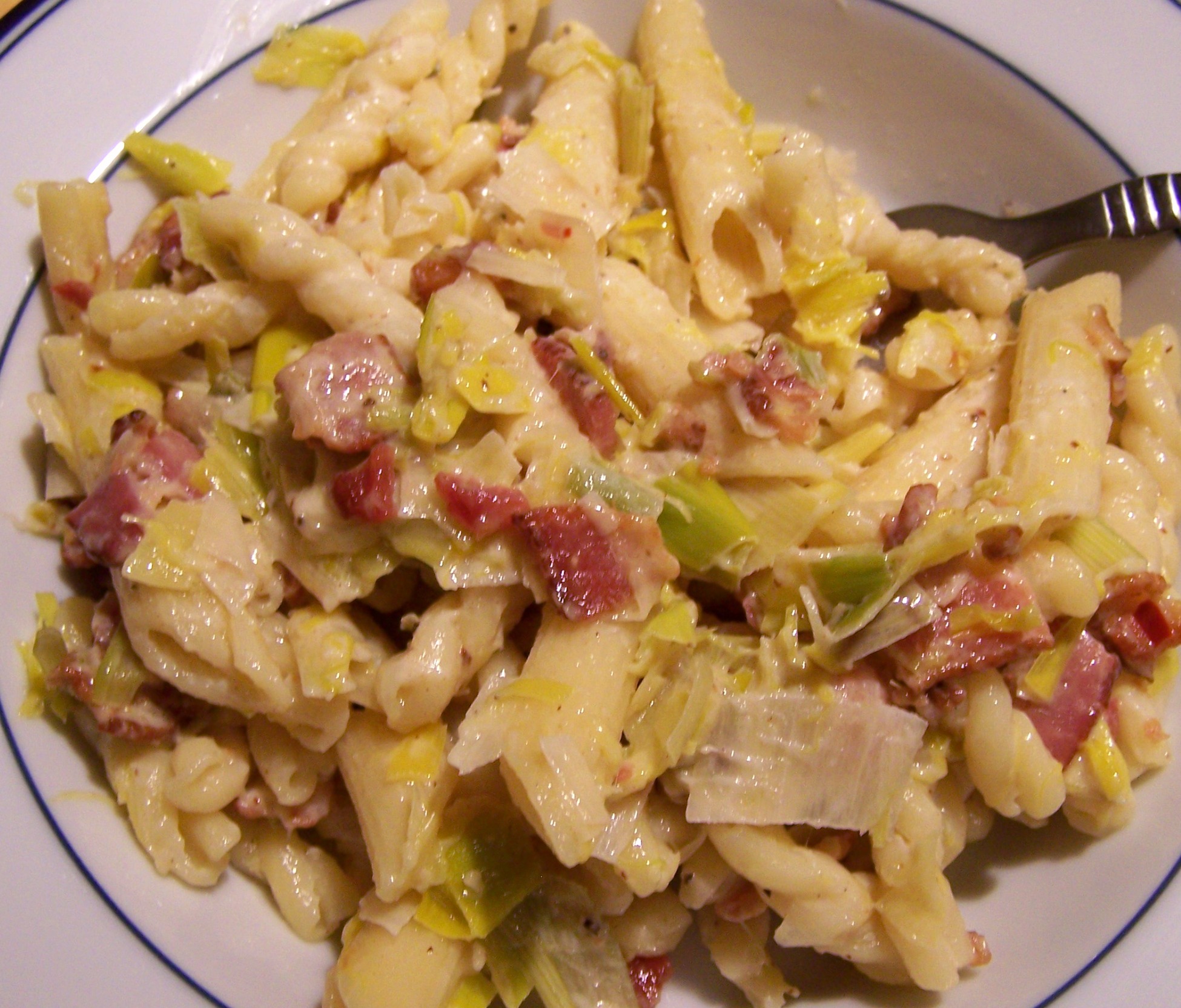 I once read an article that said adding bacon to anything makes the dish that much better. I have to agree. Not Kosher. But what can I say? I love bacon!

This week I was rummaging through my kitchen trying to decide what to make for dinner. It is, after all, the end of the month. Which means the pickings are slim in the fridge. I came across two things that needed to be used sooner rather than later — two leeks and a half a package of Applewood smoked bacon.  So I created Leek and Bacon Pasta. And oh man, it was good!

I have to say that as much as I love bacon, leeks are up there too. Have you tried leeks? Their flavor is amazing. Leeks are in the onion family, but they have much better taste than your typical round onion.

So if you have an extra leek or some bacon sitting around, try whipping up my end-of-the-month bacon concoction.

Dash of salt and pepper

Juice of one lemon

Chop the bacon and cook it in a skillet. Once browned, set it aside on a paper towel to drain.

Meanwhile, cook the pasta to al dente. Drain and set aside.

Add the leeks to the bacon grease and saute until soft. Add red pepper flakes, salt and pepper. I put very little salt into the dish until the end since the bacon has a lot of salt.

Add white wine and let it reduce down. Add chicken broth and let it reduce a bit too. Add the cooked pasta to the leek sauce and toss to coat. Add the bacon, cream, juice of one lemon, and cheese. Mix together. Taste for seasonings. And enjoy!