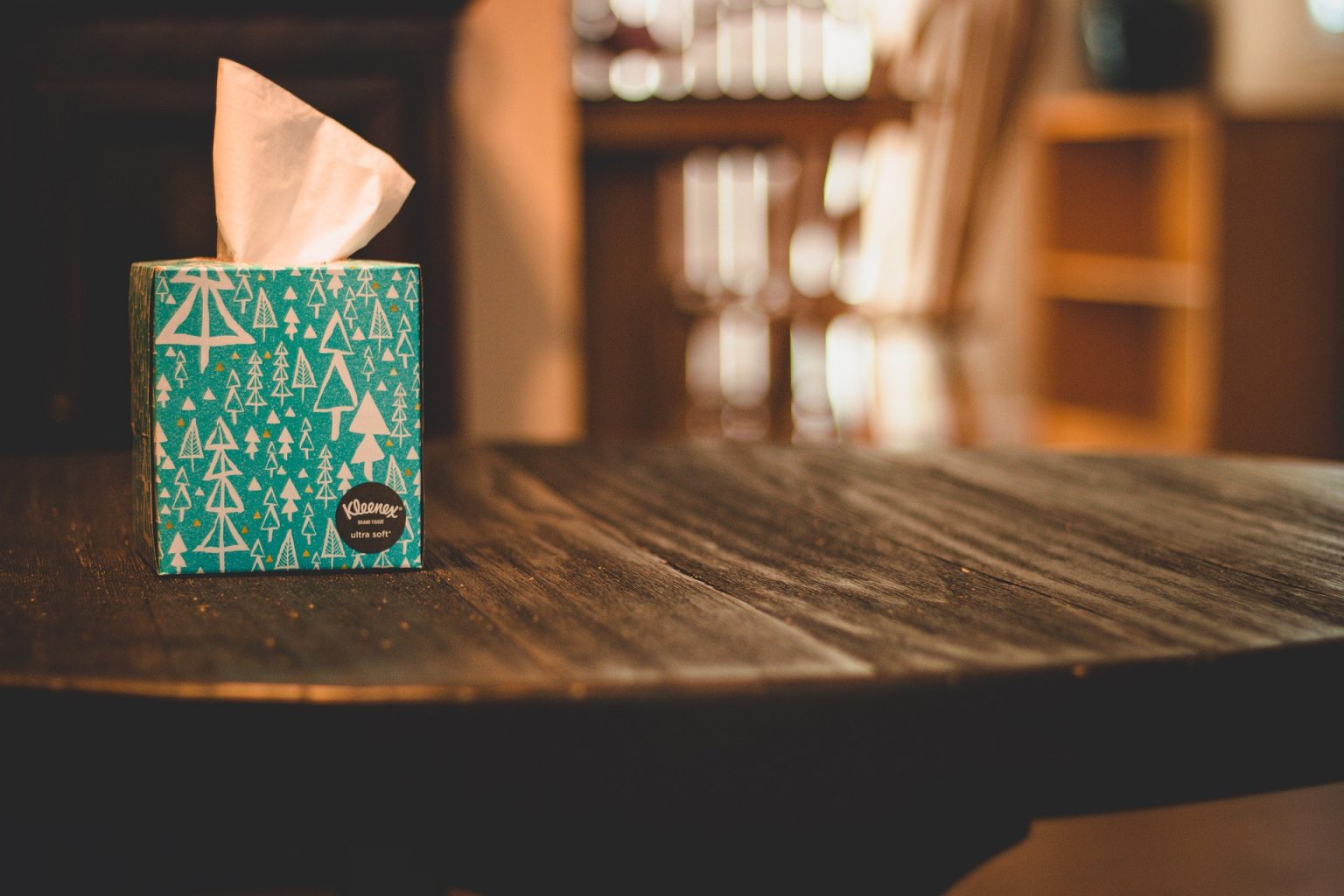 Let me tell you a story about my nose. Yes, you heard right – my nose.

I have struggled with my nose and sinuses for more than a decade. Most recently, my battle has been a total of four sinus infections since the beginning of this year. In just the past six months, I’ve been on five antibiotics, two courses of steroids, two inhalers, have had an x-ray and CT scan, and have gone through more packets of Sinu-Rinse than I care to count.

Let me start at the beginning …

(Note to Readers: If you’re not interested in reading a long, drawn-out account of my sinus history, I would suggest skipping this post. I won’t be offended.)

Back in the late 1990s, I started having trouble breathing normally through my nose, especially at night. It would feel completely clogged up. Yet I wasn’t sick – no fevers, infections or disease. An Ear/Nose/Throat (ENT) doctor recommended minor turbinate reduction surgery. The turbinates are part of the nose that helps regulate breathing. For many people (like myself), if the turbinates are enlarged, it can make it difficult for one to breathe.

Desperate to breathe again, I opted for the surgery in March 1997. My only recollection of this surgery is the aftermath — sitting on my parent’s couch trying to watch the Academy Awards with packing stuffed in my nostrils. The sight of that and me getting sick was enough to cause my sister to run to her room and hide until I left the house. The surgery was deemed a success since I started to breathe easier again. I was cured … but not for long.

Fast-forward two years when I started to again have problems breathing through my nose. Back to the ENT specialist I went, and he suggested doing a more invasive turbinate reduction surgery to make the nasal passages even larger. Thinking this was the only option I had and feeling desperate to breathe again, I booked the next surgery.

I’m sure some of you are shaking your heads asking why I’d undergo yet another surgery. But you have to understand that when you suffer from the constant sensation of not breathing through your nose, you start feeling very claustrophobic and physically exhausted. I was desperate to try anything.

So back under the knife I went in August 1999. This time, Bryan and I were living together and I have fond memories of him as my post-surgery caretaker. Ah, young love! And then, relief! I was cured … but not for long.

About a year later, I had a major cold and allergy attack. After that, my nose was not the same. Back I went to the days where I struggled to breathe. So back to the ENT I went. This time, he was not happy to see me. He took one look in my nose and said I had the largest nasal passages he’d seen and had no answers for me. He even went so far as to start walking out of the room! I finally said, “Wait! Are you telling me that there’s nothing wrong? Is it all in my head?” He had no answers. “What about allergies?” I asked. So he referred me to an allergist, probably only because he wanted me out of the exam room and out of his life.

So then I went to an allergist where they did a skin test for allergies. If you haven’t undergone allergy testing, it’s really worth trying one day. Basically, you sit in a room with your shirt off and the nurse draws a bunch of little squares on your back. She then sticks you with every known allergen there is – dust, cat hair, dog hair, trees, pollen, mold, eggs, peanuts, grass, cockroaches, pretty much everything imaginable. I remember praying it was not mold or cockroaches because that only meant one thing.  Then you sit there for 20 minutes, practically naked, waiting for something to start itching as that’s the indication you have an allergy. And then it happened – I started violently itching in one part of my back.

I had one allergy – but a very strong one – to dust mites. This is probably the worst allergy one can get because dust is EVERYWHERE! To control the allergy, the doctor suggested I use these special pillow coverings that supposedly block out dust mites from one’s pillow. He also wanted me to start using a series of different nasal allergy sprays. I asked about the possibility of allergy shots since my dad went through that treatment for his allergies and had some relief. But the allergist didn’t want to go there.

I felt some intermittent relief from the sprays, but I wanted a more long-term solution. Especially when the allergies got so bad I started to lose my sense of smell and taste. So back to the allergist I went to insist on allergy shots. The doctor started going on and on about the very remote risk of death. I told him that at this rate, I’d more likely die of frustration and not breathing than of dust allergens.

So after two years of shots, I was re-tested for the dust mite allergy. Even though the allergy still showed up, the potency was significantly less than before. So following the shots in 2004, I was prescribed a nightly nasal spray and was feeling much better. I was cured … but not for long.

Since then, I’ve had my ups and downs. I still have trouble breathing at night. Not quite as bad as before the shots, but enough that it will wake me throughout the night in order to re-position my head to allow the nose to open. I’ve tried over-the-counter antihistamines and decongestants, humidifiers and air purifiers. Those didn’t do much but provide one-time relief. And when I’d get colds, I resigned myself to knowing my nose was out of commission for about two weeks – no breathing, no smelling, and no tasting.

Then this year, something changed. In January, I came down with a bacterial sinus infection. I was given antibiotics and felt much better. Four weeks later, I was full-on sick again; this time with bronchitis and laryngitis where I was prescribed a steroid for the inflammation. It probably didn’t help that Bryan was also suffering from bronchitis and Sophie had her first of three ear infections. This spring was a cesspool of love in our home!

I never quite recovered from the bronchitis. And three weeks later, I felt absolutely miserable to the point that I broke down crying in my doctor’s office because I was sick, exhausted, and gained weight from the steroid and not exercising in weeks. She diagnosed me with another sinus infection and prescribed a stronger antibiotic, rest and twice-daily saline nasal rinse. After three days of rest and medicine at home, I felt worlds better. I was cured … but not for long.

Six weeks later, another sinus infection reared its ugly head and I was back to my doctor. At this point, I was planning to insist on seeing a specialist and getting an x-ray to make sure I didn’t have something seriously wrong with me. My doctor beat me to the punch by referring me to an ENT specialist, ordering an x-ray, CT scan of my sinuses, prescribing another course of steroids, and yet another antibiotic.

My ENT appointment was this past week. And as luck would have it, another sinus infection struck! This time, I was actually happy about it. I wanted the doctor to see my nose in its full-blown glory.

First, the doctor prescribed a pretty aggressive treatment for this nasty sinus infection. Then the doctor went on to explain that I have very narrow nasal passages and my nose anatomy is not “normal.” We then reviewed the results of my CT scan and all I can say is – wow! Nearly half of my right sinus cavity was blocked with fluid. There was swelling in other sinus areas, and two of my turbinates had air pockets in them. I wasn’t getting air through and my sinuses were not property draining.

Based on the anatomy of my nose and my chronic sinus infections of this year alone, he is strongly recommending that I, again, go under the knife for minor sinus surgery. But this time should be different. This time, they’re actually operating on my “sick” sinuses and they will correct the airflow problems. He said that will likely eliminate the sinus infections and I’ll probably be able to breathe much easier through my nose.

I am shocked and relieved all at once. Shocked because I had no idea how bad my nose and sinuses really were. Relieved because now I have answers and I know there is an actual problem, something to explain this insanity! As much as I’d like to avoid surgery, I feel that this is probably the best course of action in order to improve my health and quality of life. Hey, maybe I’ll actually lose the pounds I gained from the steroids (ah yes, the surgery-induced weight loss plan)!

I always try to believe things happen for a reason and there are lessons to be learned from every situation in life. In this LONG situation of my sinus battles, I’ve learned that as a patient and human being, you must learn to trust your instincts. Even if the doctors and specialists don’t believe there is a problem (like the specialist who nearly walked out of the exam room on me), insist that you be taken seriously. If there’s a treatment or theory that you think is wroth merit (like the allergy shots), don’t be afraid to ask for it. If you want to see a specialist, speak up and ask for a referral. I realize this may be easier said than done. But remember – we are the experts in knowing our own body. Trust yourself as you’d trust a doctor!