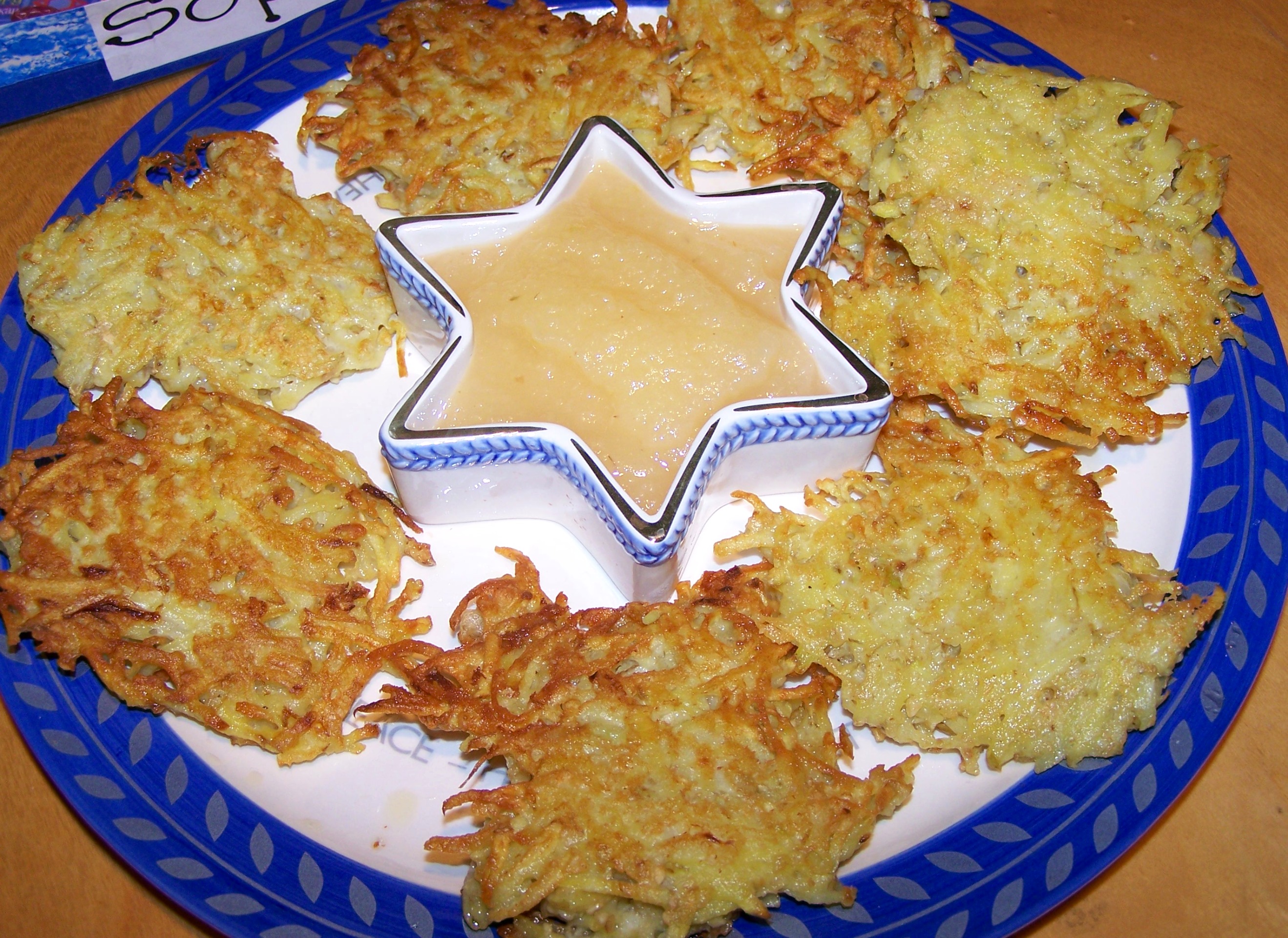 Get out your menorahs, dreidels and frying pans. Hanukkah is here! This year, I made a recipe that I’ve never tried before and let me say, they were delicious! Here’s the secret: Yukon Gold Potatoes.

1 small brown onion (I did peel this)

Oil for frying (I use canola)

Heat a frying pan with oil – get it nice and hot – then drop spoonfuls of the mixture into the pan. Turn once and enjoy golden brown latkes. Service with apple sauce and sour cream. So easy and so delicious! Here’s some latke trivia to reflect upon as you enjoy your celebration.

Why do we eat latkes on Hanukkah? On Hanukkah, we eat food fried in oil – latkes and sufganiyot (jelly doughnuts) – to commemorate the miracle of the oil lasting eight days.

What is a latke? A latke is a crisp, fried Jewish potato pancake, with eggs, onion, matzo meal and seasonings.

What’s the best potato for a latke? Your basic Irish russet potato will give you the best results.

Did the Maccabees eat potato latkes? The Maccabee soldiers didn’t eat potato latkes, as potatoes weren’t available until the 16th century. But they ate latkes made from cheese, vegetables, or fruits, brought to them on the battlefields.

Is a potato that healthy? Actually, it is. A typical potato is packed with nutrients – rich in riboflavin, iron, thiamine, and vitamin C. And a 6-ounce potato has about 110 calories and no fat or cholesterol.

What’s the best way to store potatoes? Keep them at room temperature and use within 10 days. Don’t refrigerate them; it turns the starch to sugar.

BONUS QUESTION: Where is Hanukkah mentioned in the Torah? It’s not; the holiday is only mentioned very briefly in the Talmud.