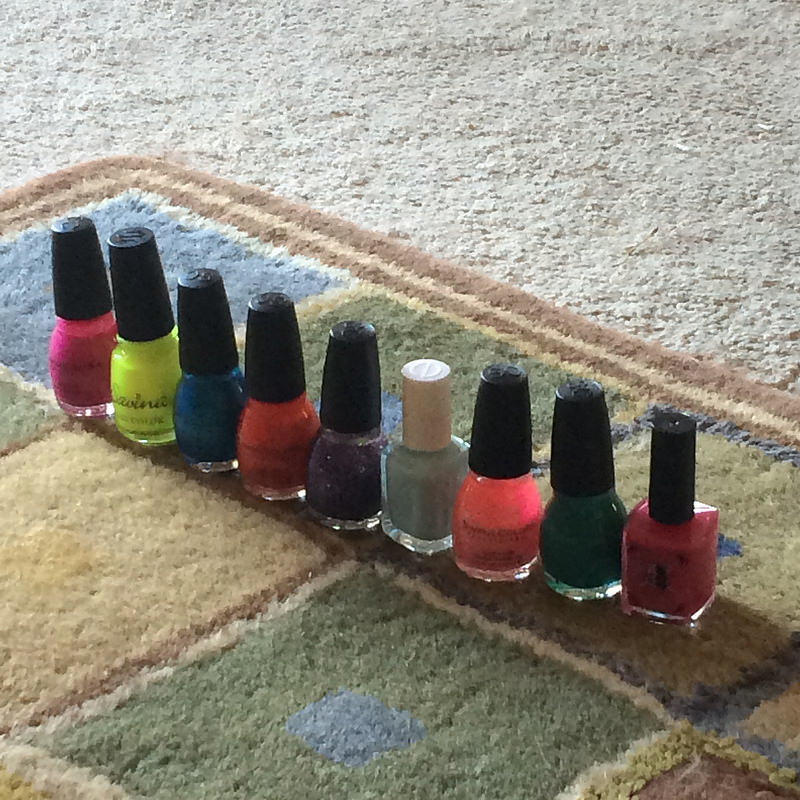 Confessions of a Nail Biter

My name is Leah, and I bite my nails.

Yes, that’s right. I’m a nail biter. I’m not proud of this habit. I’ve been doing this since I was a kid and I want to stop.

How does one become a nail biter? Did I one day decided I needed an oral fixation and decided to bite my nails? Maybe it began in childhood when the pacifier was taken from me.

In the writing class I took last summer, each student had to reveal to interesting things about themselves. I told the class that I can’t stand clutter and I bite my nails. My writing teacher made an interesting observation that perhaps the two idiosyncrasies are related. Maybe I bite my nails to get rid of the excess nail or skin around the tip; to even out the area, if you will. Essentially, to remove the physical “clutter” on my hands.

This little girl who went to daycare with Sophie was a thumb sucker. One day she just stopped, but in it’s place, she started biting her nails. So perhaps our minds look for one habit to replace another. I wonder if kids are able to naturally grow out of their oral habits, would they take up another one? Sophie was a thumb-sucker, but luckily she didn’t take up an annoying oral habit when she finally stopped two years ago. And so far, she hasn’t inherited my nail-biting habit either.

My mother used to bite her nails. I once asked her how she stopped, and she said her grandmother told her when she was a teenager that no man would marry her with bitten fingernails. That was enough to stop her. Clearly that threat didn’t work on me (although I know Bryan finds this habit quite annoying).

I notice I bite my nails most when I’m sitting on the couch watching television. What’s interesting is that I don’t even realize I’ve chomped my fingers until after I’ve done it. My mind is so entranced in what I’m watching and then suddenly I realize I’ve been biting my nails.

I won’t bite my nails when I’m in public, or when they’re freshly manicured. The thought of wasting money and ruining the polish trumps my biting obsession. But I can’t afford to have my nails freshly manicured every week either. Don’t tell me to give up television, or to get acrylic nails either. I did that before my wedding and ended up tearing off all the fake nails while on my honeymoon. Romantic, I know.

So what should I do? Maybe I’ll put a nail buffer board on the couch. And anytime I notice myself biting when I watch television, I’ll use that tool instead. Maybe I should try hypnosis. Or wear gloves. All I know is it’s a nasty habit and I want to break it.

My name is Leah, and I bite my nails.

Do you bite your nails or have an annoying habit you want to break? How did you break a former habit?