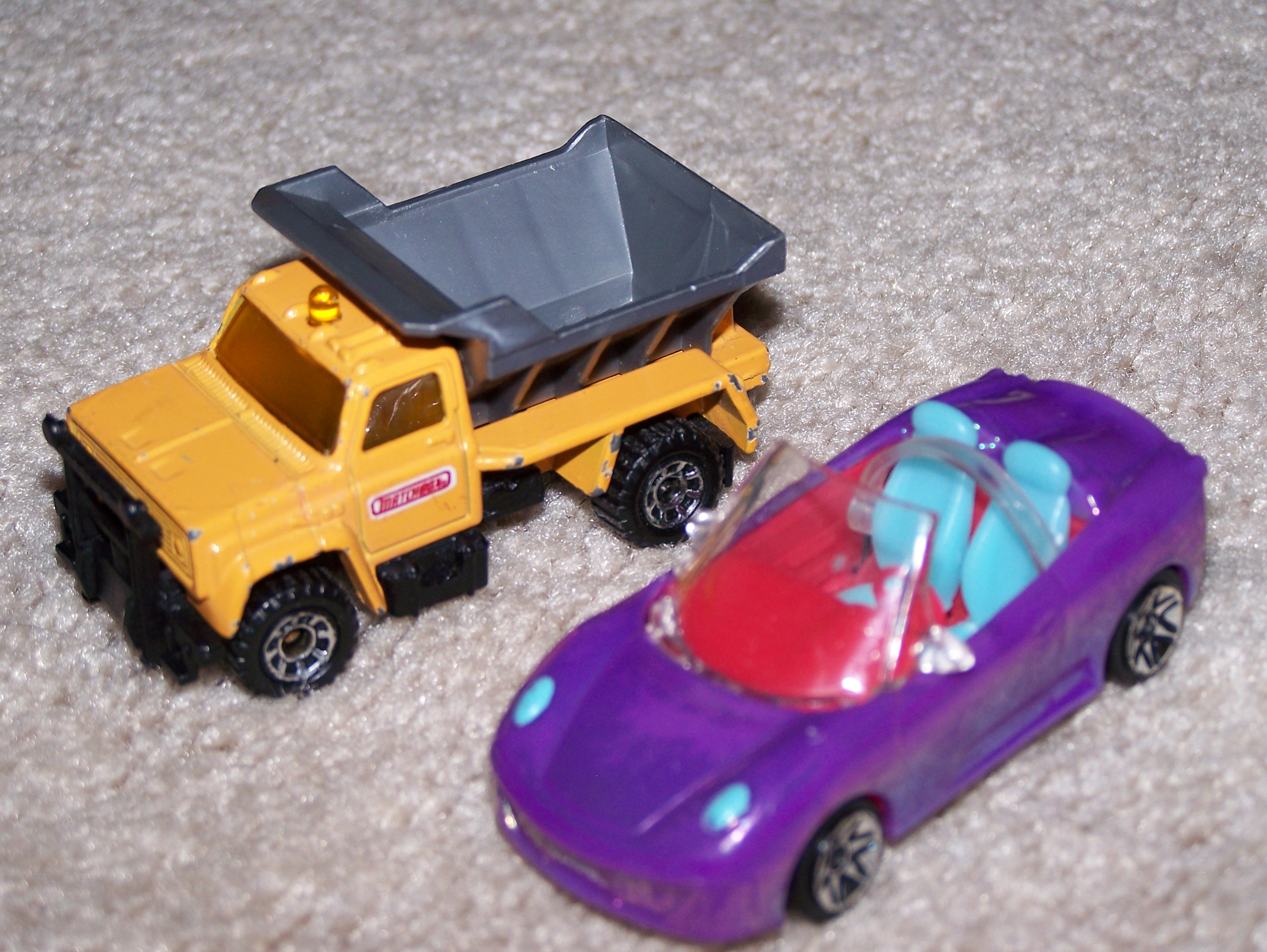 A few weeks ago, Sophie and I were in Old Navy trying on clothes. I found a cute, gray t-shirt I thought would look so cute on her. After Sophie tried it on in the dressing room, I turned her around to face the mirror. I happened to think she looked quite cute. She glanced in the mirror, looked at me, and said, “I’m not a boy. I’m a girl!”

“I know you’re a girl,” I said, admittedly taken aback by this comment. “Girls wear gray shirts too.”

I couldn’t believe that Sophie, a mere 2 1/2- year-old, already had quite strong opinions of gender distinctions in clothing in your little world. What’s next? Dresses instead of pants? Dolls instead of trucks? I was not prepared for this one.

One thing is clear and that’s gender distinctions start early. I’m learning this quickly by observing Sophie and other young kids. In fact, it begins to get ingrained within our little children before we’re even aware of it. And it’s EVERYWHERE – clothing, television, toys, you name it!

I’ve been made keenly aware of this phenomenon at Sophie’s daycare. She is the only girl among at least 5 or 6 boys on a daily basis. This fact alone is an interesting phenomenon. Her daycare provider commented once that it’s very typical to see more boys than girls in a daycare setting (even among infants) because consciously or not, parents don’t feel as comfortable leaving little girls at daycare.

At the time, this comment seemed odd to me. How can one make their decision to put their child in daycare or something else base don gender? I had to work; so whatever kid I had – girl or boy – would have been in daycare. But soon enough, I started noticing what she meant. On my days off when I’d be at a bookstore, coffee shop or out shopping, I’d notice moms with little girls, but very few boys. Even at Sophie’s preschool – where the majority of the moms are able to stay home – the girls outnumber the boys. So it seems that scientific study withstanding, my daycare provider’s observations are correct.

Playing habits are another way in which the gender distinctions start showing. I dropped Sophie off at daycare one day when all the boys were playing with toy cars and trucks. Each of them carefully selected their automobile collections to place inside their back-packs to bring to daycare. Sophie, being “one of the boys,” wanted to dive right in with her friends. But she didn’t bring any cars with her. Daycare provider saved the day by giving her two purple cars to play with among the boys. She then suggested that perhaps I put some little cars in Sophie’s backpack for these days. Sophie clearly knows which cars are hers – the purple ones. And the boys rarely want to trade her for those cars. I suspect it’s because they are purple.

Daycare provider made an interesting comment one day as we watched the kids play with trucks.  She said all the boys want to play with the cars and trucks. If it was a room full of girls, they’d be playing with dolls. If she had predominantly girls at daycare, would she still have an abundance of cars and trucks? Or would she buy more dolls?

Curious as to whether this toy phenomenon occurred outside daycare, I asked one daycare parent what her son plays with at home. Her son likes to play outside, or with his Leggos or trucks. Leggos seem to bridge the gender gap. Sophie enjoys her Leggos too. Although I must admit that Leggos are her special activity with Daddy. I once asked if I could play and she said no, that Leggo time was with Daddy (I wasn’t too bummed).

Sophie likes to play outside too, on her slide and scooter, or using sidewalk chalk and gardening. More often than not, you can find Sophie pretending to cook with her dishes and plastic food, and serving all of us “lunch.” Perhaps she’s attracted to those items because I spend quite a bit of my time cooking in the kitchen. She also likes her dolls, Little People house, and musical instruments.

I do think that boys have the shorter end of the stick. We, as parents, are probably less restrictive with girls than boys. I hear many parents of little boys commenting how dad is not thrilled when Young Johnny prefers red and pink, or wants to play dolls or wear mommy’s heals (like doing these things will somehow emasculate them). There was one little boy at Sophie’s daycare whose favorite color was pink. But as he’s grown, he’s converted to the “right” boy color of blue.

Many toy companies are trying to create gender-neutral toys. While that’s an important step, I think it’s the parents who are likely doing the gender biasing (whether we know it or not). I admit I’ve played the gender-bias card. I bought Sophie a toy computer, but chose the pink machine. She watches “Dora the Explorer,” but not “Go, Diego Go.” Clearly Sophie’s already making these gender distinctions herself among colors of clothing. I can only imagine it will get even more distinctive as she grows.