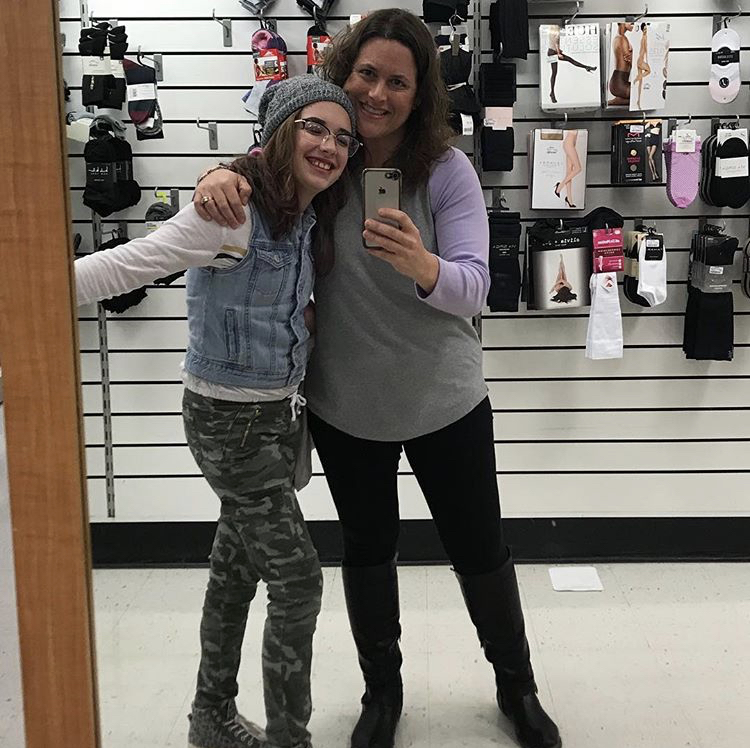 My Adventures as a Generation X Parent Raising an iGeneration Kid

I am a proud member of Generation X. I was born in 1975, making me 43-years-old. My formative years were the late 1980s and early 90s. I graduated high school in 1993. At that time, technology in my house consisted of an Apple IIE computer and the Oregon Trail. The Internet was still years away from even being a remote household possibility. When I packed my belongings for college, my prized possessions were my CDs, cassette tapes and portable Sony stereo and walkman.

My parents are Baby Boomers, turning 73-years-old this year. My dad is a retired college administrator and my mother, a retired elementary school teacher. Like most Boomers, they believe you put in your 30+ years at one job/company, work hard, and then retire. They raised four daughters – me being the oldest – with this mantra that echoed throughout my youth: “Work hard. Don’t accrue debt. Don’t rely on others.”

My daughter, Sophie, was born in 2007. She’s 11-years-old and, and according to the generational research, she’s part of the iGeneration or Generation Z.

Most of what I read online and presentations given are about Boomers and Millenials co-existing together. Us Generation X kids are nowhere to be found. (Is it any wonder we’re the jaded latchkey generation?). But as I parent, it’s becoming very clear to me how incredibly different my life experiences are from my daughter. And this has been a challenging path to navigate.

You see, the biggest generational gap between my Boomer parents and myself was with respect to how things became more expensive (inflation, of course) and the emergence of different music genres. The “When I was your age …” typically finished in a comparison of cost.

There were technological differences but, I would argue, those were variances of the same technological concepts. For example, both my Boomer parents and myself had television growing up (we both had color too), and I remember life before the VCR. The difference between our generations was more channel choices and the emergence of the remote control (but even those came years into my childhood). We both grew up with telephones in our homes and pay phones outside the house. The answering machine and call waiting were probably the biggest distinctions; but both my parents and I remember the busy signal all too well.

My Generation X was the last to experience life before technology and the Internet changed the world. I had to do research in the library and using encyclopedias. So did my parents. I learned how to tell time on an analog clock. Again, so did my parents. I had to be able to count money and know exactly how many pennies, dimes, nickels and quarters made up a dollar because I helped my dad roll up pennies and change to be deposited at the bank, and debit cards weren’t a means of payment yet.

I knew which albums contained which songs and in what order because my generation and the Boomers had to buy an entire album even if you just wanted one song. There was no iTunes to download or Spotify to find a single tune. As a result, I can still name the order of most songs on a given album. I also still know phone numbers of neighbors and family members from the 1980s because if you wanted to make a call, you had to memorize the number or look it up in the address book. (I cannot, however, remember any current phone numbers since they’re all saved automatically in my iPhone.)

Sophie is a different breed entirely. She still can’t clearly comprehend time since she was born in the digital age and she wasn’t taught how to read a clock. Money is currency that’s virtual and used to pay for iTunes and Roblox credit, or comes out of her parents’ plastic debit card.

I worry constantly that perhaps I should be teaching her how to tell time on a clock. But then again, is there a reason to learn it that way? How long will clocks continue to exist? And the majority of watches are digital or smart devices.

She doesn’t have to get off the couch to change the channel when watching television. Really, she doesn’t even need a television because she spends the majority of her time watching YouTube videos on an iPad. The other night, she instructed Siri to turn off her alarm for her.

I feel bad that I occasionally think of her as lazy because she doesn’t need to put forth the same effort I did as a kid to accomplish life tasks. But maybe it’s not really being lazy. Perhaps it’s just evolution and growing up in a technological age where everything is at your fingertips.

Interestingly, however, while she has the entire world at her disposal to learn new knowledge and acquire facts via Google search, she doesn’t want to put forth the effort to look up answers to her own questions. Almost on a near-daily basis, Sophie will ask me a question and I’ll respond with, “I don’t know. Google the answer.” She never does. Yet she knows all about conspiracy theories because a YouTuber has rattled them off to her through passive viewing.

Parenting is a tough job for any generation. I’m sure my parents thought raising their daughters in the age of MTV, missing kids on milk cartons, and AIDS was no picnic. But I think there’s something to be said about being that last generation to have to think and do differently – and our formative years being before the technological boom – that causes a real struggle with raising a child who will never know those situations.

I don’t want to go back to the way things were when I was a kid, and I know it’s unrealistic to make Sophie adapt to the way I grew up. But perhaps there’s some value with kids learning how to live a life where they have to think and do more for themselves. Or maybe that’s just not the reality of life in the 21st century. I don’t have the answers. But maybe Sophie does from a YouTube video.