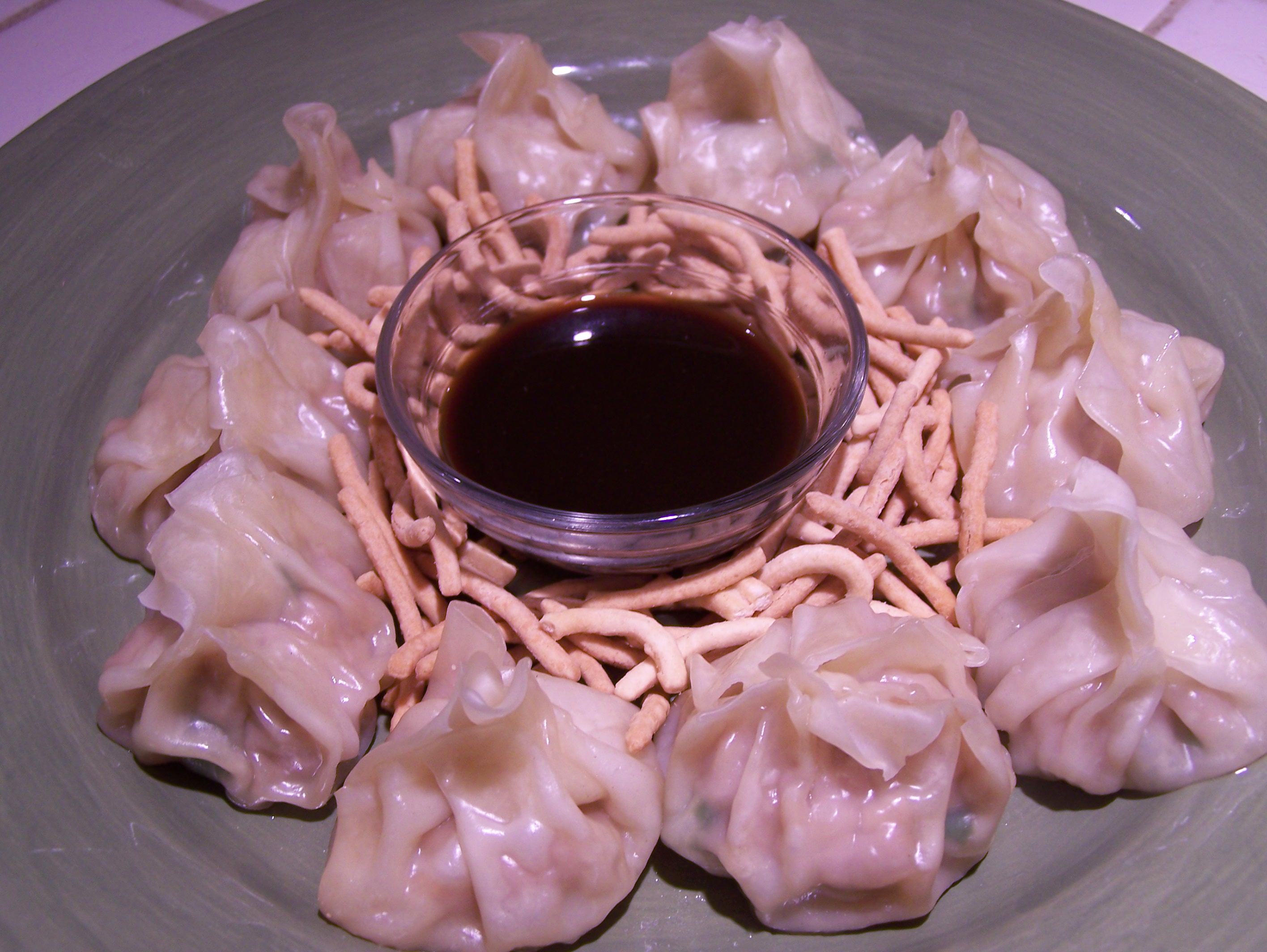 One of my all-time favorite foods to indulge in is Chinese cuisine. Although I’m partial to this family-owned restaurant in the community I grew up, I also enjoy creating my own Asian fare.

In honor of Chinese New Year, we enjoyed a homemade Chinese feast this weekend consisting of Cashew Chicken and Shu Mai (or steamed won tons). I’ve made the Shu Mai many times and it’s always delicious. The recipe is written below since it’s an adaptation of the original Everyday Food recipe.

This was my first attempt at the Cashew Chicken, also from Everyday Food. And let me tell you, it was so easy, simple, and one of the best chicken dishes I’ve made. Cashews will now become a staple in our home as I’ll be making this recipe again soon. I also love to make my healthy and homemade Chinese Fried Rice.

You can do some much with this base recipe. Once you get the filling made, they can be steamed for Shu Mai, used in wonton soup, or made into fried wontons.

1. Combine all ingredients in a large bowl and mix well with a fork. This filling makes about 40 small wontons.

2. Lay the wonton wrapper flat. Spoon about one rounded teaspoon of filing in the wrapper.

3. With a pastry brush or your clean fingers, dampen with water the outer sides of the wonton skin. Fold each corner inward toward each other and press together. The water will seal the wonton. Continue these steps until you’ve used up your mixture, or have had enough of wonton-making. This is the most time-consuming part – enlist a friend, child or significant other!

4. If you’re not using right away, put them on a cookie sheet lined with waxed paper. Lay a damp paper towel over the wontons and refrigerate. The damp towel will keep them from drying out.

5. If you are making Shu Mai, fill a large pot with water and boil. Then place a steamer on the top of the pot. Spray non-stick cooking spray on the steamer and place wontons in the steamer. Place lid on top and steam for about 15 minutes.

6. Remove Shu Mai and continue until all are cooked.

7. Feel free to create your own dipping sauce of soy sauce, ginger and garlic.

8. For wonton soup, you can steam them in broth. For crispy wontons, fry in canola or peanut oil.