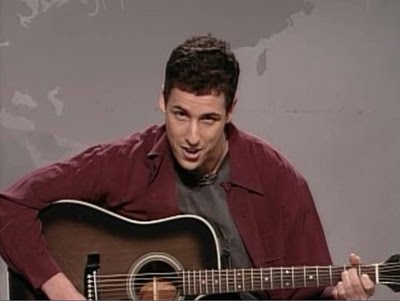 It’s Hip to Be Jewish

Remember growing up and your parents would say things like, “You kids have it easy.” And, “When I was your age…” These are their feeble attempts at proving to us how tough their lives were compared to ours. Interestingly enough, I find myself uttering a similar sentiment with respect to being Jewish.

When I was growing up in the 1980s, being Jewish was not as widespread and embedded in culture as it is today. So as a kid in that environment, it was sometimes tough to be Jewish. But in today’s society, it’s almost hip to be a Jew.

What do I mean by hip, you ask? I mean from the holiday décor to the popular comedians on television, being Jewish is cool.

Let’s start by talking about décor. When I was a kid, the only Chanukah decorations that adorned the house were the menorah and dreidel. And the menorah was a very traditional looking piece of art. But now, all you need to do is go into a Bed, Bath and Beyond and they have an entire aisle devoted to Chanukah bath towels, serving trays, various colored driedels, hanging menorah lights, you name it. (I know, an aisle, compared to an entire store of Christmas décor. But that’s a post for another day.)

Even the menorahs are not what they used to be. I was flipping through a Judaica catalog recently and saw menorahs adorned with Winnie the Pooh and friends, children’s block letters, rainbows, and even Disney princesses. Now Jewish décor is hip and trendy.

Even Jewish food and restaurants are hip and popular places to dine when a decade ago, you were lucky if your city had a Jewish deli. On the college campus where I work, matzo ball soup is a mainstay among college kids and has replaced chicken soup as the ultimate “cure your ails” comfort food. Maybe the Jewish food trend began when bagel shops started becoming popular and Gentiles flocked to this new carbohydrate that Jews had been gorging themselves on for decades. Now the word schmear is a common term among bagel-eaters – Jews and non-Jews alike.

It was only several decades ago when Hollywood actors changed their names to hide their true Jewish identity from the movie industry. Today’s actors and pop culture figures are proud to be Jewish. Look at Jon Stewart and Adam Sandler. And look how popular all the Judd Apatow movies are, where nearly all the main characters and Jewish on-screen and off.

Even Yiddish vocabulary has entered mainstream with people using it in their own “hip” way. I cannot tell you how many times I hear the words spiel and chachkas (Yiddish for knick-knack) used by my Gentile friends and colleagues. Although it must not be too hip yet because I’ve yet to hear any of them pronounce chachkas with the true Yiddish influction.

My point is this – when I was growing up, being Jewish was not popular in terms of pop culture and society. And now, from the Judd Apatow movies to Chanukah décor at Target – Judaism is hip and is now becoming more a part of mainstream culture. Do we have Adam Sandler and his singing of the Chanukah song on Saturday Night Live to thank? Possibly. Or maybe people are becoming more proud of their heritage and retailers finally realized that Jews want to decorate their houses too.

While we probably won’t ever see an entire isle of the Hallmark store dedicated to Judaica, at least there’s now a shelf with dreidels, menorah candles and Hanukkah décor. As a self-proclaimed hip Jew, that’s something to be proud of.