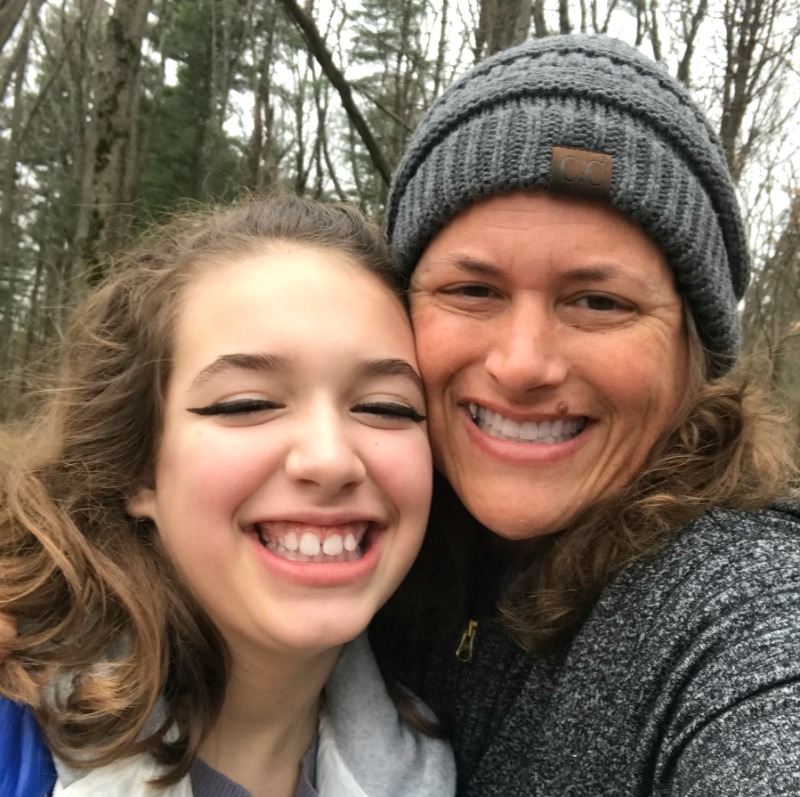 Let’s Talk About What’s Not Talked About: Parenting in the Tween Years

When I started this blog, Sophie was a mere 2-years-old. I wrote about all those new milestone moments of motherhood,  like going from the crib to a toddler bed, saying goodbye to the baby monitors, birthday celebrations, first days of school, how I got her to stop sucking her thumb, struggles with shoe shopping, her extroverted personality … I documented so much of my struggles and triumphs in motherhood here. And so many of you loyal readers have seen her grow up here on this blog.

I don’t write as much about Sophie on the blog for a few reasons. The main one is really that I have more to say about myself and my life, and writing about those things bring me great fulfillment. The other reason is that parenting is different now that Sophie is a 12-year-old pre-teen.

I started Leah’s Thoughts when blogging was in its heyday and mom bloggers were writing similar posts as me. As their children grew up, I noticed that so many bloggers stopped writing about their kids when they turned into tweens and teens. Most of the bloggers said they did that because parenting had become a new kind of challenging, one that was hard to write about, and they wanted to respect their kid’s privacy online. While I understand the privacy issue, I remember feeling disappointed at the same time, because I wanted to know what was it that was so difficult. Why weren’t they talking about these issues? I couldn’t imagine Sophie’s personality suddenly changing to the point that I didn’t want to write about her anymore. So the downside of not sharing these stories is I had no idea what to expect when Sophie became a tween.

Well, I’ve now reached that point where some of those moms were. Parenting has become a new kind of hard, and one I didn’t imagine myself facing. However, unlike the other bloggers, I’m going to share some of my struggles. Because I feel it’s important to talk about these things. I realize Sophie may read this at some point and that’s okay. Because here’s the thing: I’m not writing from her perspective or her voice. This is simply about me and writing helps me process my struggles. And I have a right to share my voice; just like she has a right to share hers if she so chooses to do so.

So let’s talk about what’s not talked about. And let me start by saying I’m talking about being the mom of a girl. I realize it may be completely different as a boy mom. But the hardest thing that I’ve had to deal with as the mom of a 12-year-old girl is the moodiness and disrespect.

Sophie started middle school this year. It’s a HARD age and stage in life! Puberty has reared its ugly head. Friendships change; this is especially common with girls as hormones start flooding the system and relationships with boys, or other girls, start playing a different role. For someone like Sophie, where friendships are extremely important, this has been difficult. The opinions of her friends (and kids who aren’t even friends) suddenly matter a great deal more to her.

Sixth graders are expected to be more independent in school and more responsible for themselves; but often times, their brains haven’t quite caught up with the expectation. Yet, at the same time, Sophie wants to be more independent from me. I encourage this, but she doesn’t often want to take my advice and information that will allow this to happen. And when I try asking her about homework, I’m met with anger and attitude.

I get A LOT of attitude and back-talk, eye rolling and comments like, “You don’t get it!” And when I tell Sophie that it’s not acceptable to be rude to me, what’s equally tough is she doesn’t think she’s acting inappropriately. I don’t necessarily disbelieve her either. I think their brains are still trying to figure out what’s acceptable and not. Yet it’s a fine line between letting her express emotion and not taking disrespect.

So often, I feel full of hope when I pick her up from school, and then end up beyond depleted and hopeless by the day’s end because of an argument about homework, picking up her dirty laundry, or when I tell her to get off her phone. I can’t tell you how many times I look back at old photos and see how happy the two of us were together, and I cry, wondering if we’ll be that way again. I wonder what happened to that sweet girl, and how I screwed things up along the way.

I think the hardest part of parenting at this age is that it feels like this child changed overnight and came out of nowhere, and I wasn’t equipped to handle it. There’s no parenting handbook for this. The doctors don’t go over attitudes at well-check appointments. Most parenting websites focus on raising young children. There’s no teacher telling you you’re doing okay or giving you a grade. And all those parenting blogs I relied on for inspiration and milestone tracking when Sophie was growing from 2 to 10? They stopped writing about how motherhood can absolutely drain the life out of you when your daughter turns into a pre-teen.

I’m being honest when I say that it can sometimes be a daily struggle not to walk away, want to yell at my child from the top of my lungs, and feel like I failed completely. But I don’t walk away (sometimes I walk into the other room), because I know it’s important to show up and be present, even if she acts like she doesn’t want me there. I don’t scream, although I have yelled and said things I regret (I’m far from perfect). And I do feel like I fail on a consistent basis.

I don’t want this to seem like every moment of every day is terrible. There are times, this past week especially, where the good days outnumbered the bad ones. And despite the difficult times, I truly am in awe of Sophie. She’s a smart, creative, talented, energetic, funny, intuitive, deep young woman who is going to do amazing things with her life. And I’m so grateful for all she’s taught me and how she’s made my life a better place.

What keeps me going and gives me glimmers of hope are the small moments we share. Gone are the days that Sophie and I spent the day at the zoo or crafted together at the kitchen table. So right now, it’s things like drinking our first Starbucks holiday beverage of the season together when school had an unexpected 2-hour delayed start. Or the evenings she wants to watch a few episodes of “Friends” with me on the couch, even if I’ve seen the episode at least 50 times. Or the night she wasn’t staying with me, but called me distraught because she had to redo a homework project due the next day. She stood outside, shivering, waiting for me to deliver her school supplies. And I, literally, gave her the socks and slippers off my feet so she’d stay warm. These aren’t the moments that are necessarily Instagrammable, but they’re just as special to me. And I hope they are to her, too.

Maybe this is what parenting is all about when kids are pre-teens and tweens. Unfortunately, I don’t have any advice on what to tell fellow moms or dads facing the same issues. All I can offer is the promise to keep writing about these hard topics, being honest about my feelings, and commiserating with anyone who wants to share with me. Parenthood is hard. There’s no reason we should have to be all alone in it, even when our kids leave us feeling like we are.