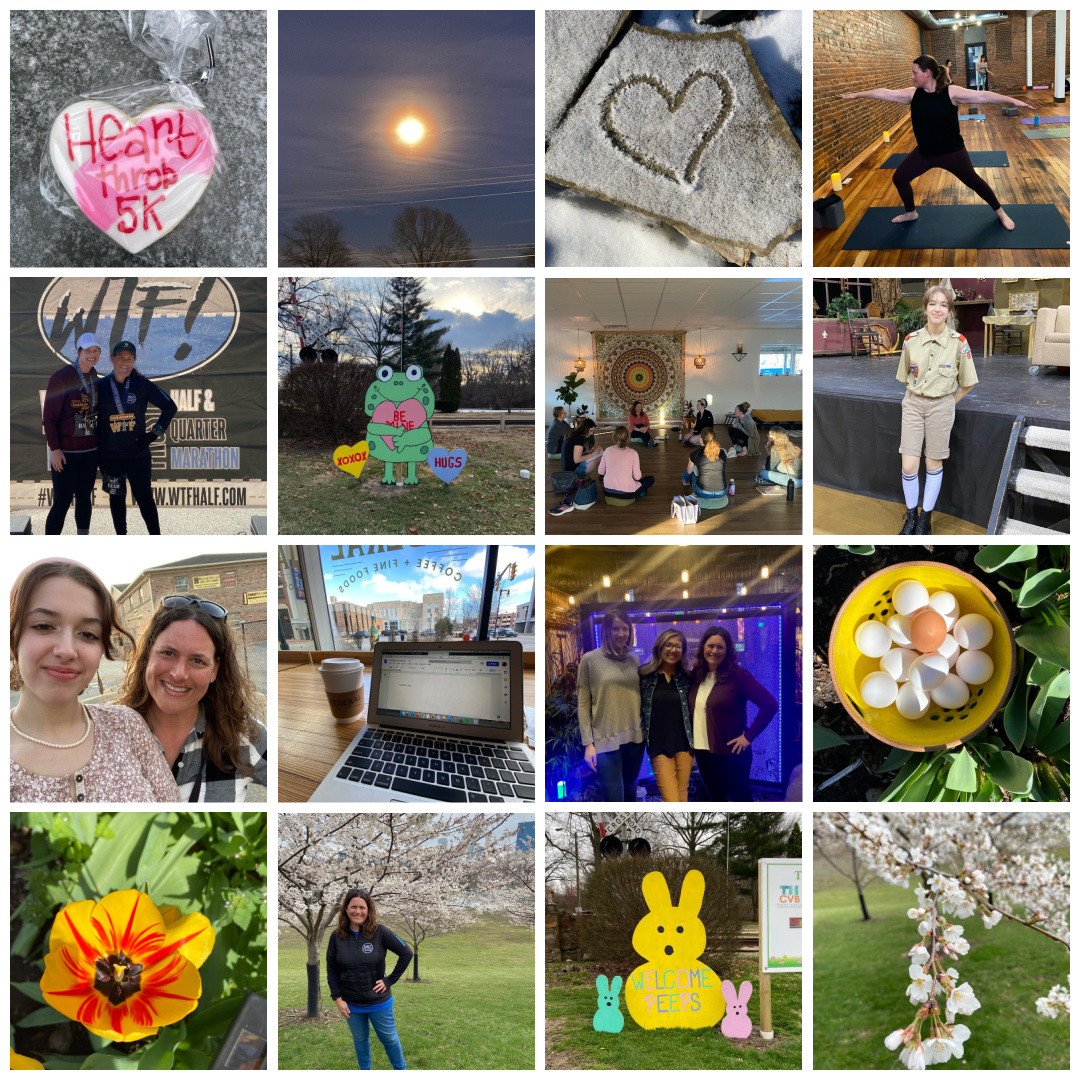 Looking Back at 2022: A Year of Surrender

“Surrendering is the opposite of giving up, it’s giving over. It’s taking your desires and releasing them to the care of the universe. When you hold on so tightly to your desires and dreams, you’re blocking them from manifesting into form.” — Gabby Bernstein

Those of you who’ve been reading Leah’s Thoughts for the last several years know that I don’t choose the word that defines my year in January; but instead at the end of the year. I do this because it’s not clear to me at the beginning of the year what life lessons I need to learn for myself.

In January of 2022, I started practicing yoga on a regular basis. It started as a Friday evening ritual and evolved into multiple classes per week. I found something in the practice and in the beautiful and sacred space that calmed me, physically and mentally … calmed me in a way I didn’t even know I needed. At some point during the year, I found myself on the mat repeating the same four words: Surrender. Release. Let go. Acceptance. And then I found myself repeating those words off the mat, in daily life, usually when I was feeling anxiety.

And then a few months ago, I came across the quote above from Gabby Bernstein about what surrendering truly looks like. So often, we think of surrender as the idea of giving up. Thinking about how surrender is used in battles and war echoes that idea. But the way Gabby frames it — that it’s about giving over — really resonates with me. And as I thought back on the year, especially the year part until spring/early summer, I was holding so tightly that I was unintentionally blocking myself and life from manifesting.

An example of this surrendering … In May, after years of counting calories, tracking food, eating back calories burned during running, I simply stopped. I put away the scale and decided enough is enough. I was tired of obsessing and of it all messing with my mind. I was holding so tight to these ideas that I was actually hurting my body and my mind. From that point on, I simply listened to my body’s cues and I ate when I was hungry. I realize that sounds like a simple idea, but for some people (me included), it’s not easy. Yet surrendering was the best decision for my body and my mind, and I’m healthier now because of it.

I saw this with running as well. I let go of any ideas I had for myself and I allowed myself to run and enjoy the miles. Yes, I did make goals for myself along the way. But I went into 2022 with no expectations whatsoever. I surrendered to the joy and fulfillment that running gives me and it gave back to me ten-fold with my best running year yet.

I surrendered in other ways — with work, writing, relationships, people. Again, not giving up; but giving over. Sometimes, it’s really painful to surrender, to trust beyond yourself. At least it is for me. … But the universe always reminds me that when I release control and give over, change and growth happens.

In yoga, we talk about the idea of creating space in your body and mind. That’s what the practice is truly about — moving and breathing to create that space. Surrendering creates space. And it allows you to open yourself up and to receive.

I am ending this year — and this post — with a photo collage. I’ve been making these year-end photo collages for the last 13 years, even before I put words to the years. I love doing them as they give me a chance to visually reflect on the past year and appreciate all the gifts I have in my life. Thank you, my loyal friends, for reading my words and being part of my journey through life. May you have peace, love and light on your road through 2023!