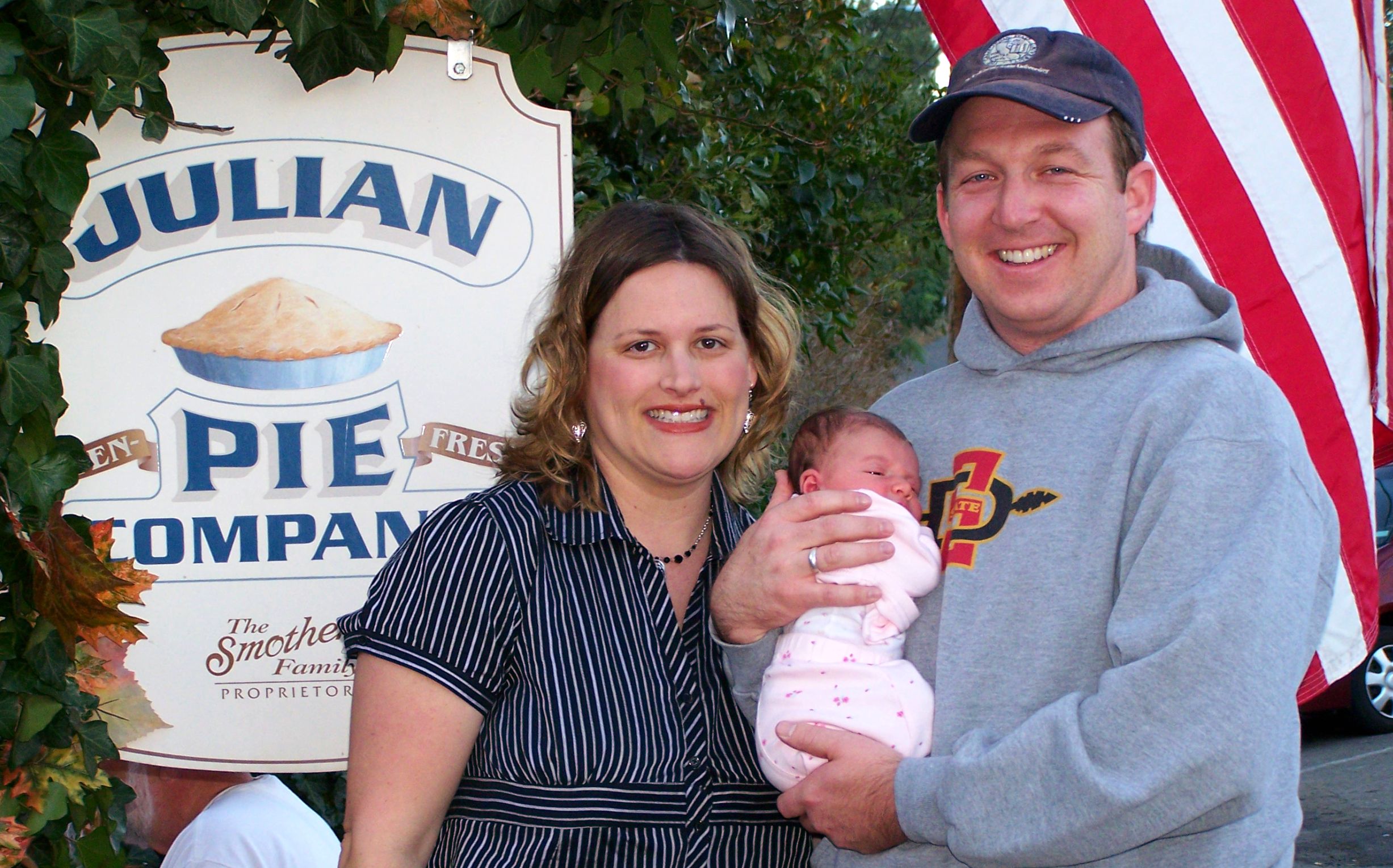 Looking Back: The Wee Small Hours of November Mornings

Do you ever have those days or moments when you feel yourself transported back in time? Back to a place where the memory is so strong you can smell the scents and see the images you did then?

For me, it’s always this time of year. The cold November mornings, Thanksgiving cooking segments on the morning shows, and Christmas music always wax nostalgia. Like a rush of cold morning air, all these elements bring me back to the November of four years ago —  those early morning days and weeks after Sophie was first born.

Those November days were the most challenging of my life. They were like nothing I ever experienced. I went weeks without knowing what day of the week it was, let alone the actual date or the time. The only way I can explain the time is by describing it as extended periods of light and dark. I can’t even tell you what we did, when I showered, or what we ate those few weeks.

But as hard as those early days were, they were – in many ways – magical and like nothing I knew (or will know again).

We called it the “second shift,” the 4 – 7 a.m. timeframe where I would sleep on the couch with Sophie. (The first shift was Bryan and Sophie in the couch while I slept in the bed. I don’t think I’ve ever experienced better sleep as those first shifts.) Sophie slept on my chest with blankets covering the two of us. The heater would turn on around 5 a.m., just when the house started feeling frosty and the blankets weren’t quite cutting it anymore. Sophie’s little brown eyes squinted open for her morning feeding. After which she would lay there satisfied before we both drifted back into dreamland.

During that time, I would turn on The Today Show (which I never watch) and stare at the sets filled with Christmas decorations and poinsettias. I’d watch the Williams-Sonoma cooking demos (thinking I may never cook again); and see all the gift ideas one could imagine. And of course, I would listen to the Christmas music. Perhaps it was those wee early  mornings that sparked my current love of holiday music.

We spent a good part of November on that couch together — me, Bryan and Sophie. Every once in a while we’d venture out to a doctor’s appointment or some small errand. Our big November adventure was driving to Julian, Ca. to pick up Thanksgiving pies. We started this 2-hour trek in the afternoon; got there, bought pies, scarfed down a piece of apple caramel pie, and fed Sophie in the car. We then returned to the car and  headed back to San Diego. I have no idea what possessed us to do that. But it’s a memory I’ll never forget.

Every once in a while – on a cold November morning when the sun is just rising and the house heater clicks on – I find myself wishing to go back there, if only for a few minutes, and experience it all again. I’d savor Sophie’s little body laying on my chest feeling completely at peace. I would put myself smack in the middle of those moments. While I will never get those precious November days back, I will always have the magical memories of this time of year.