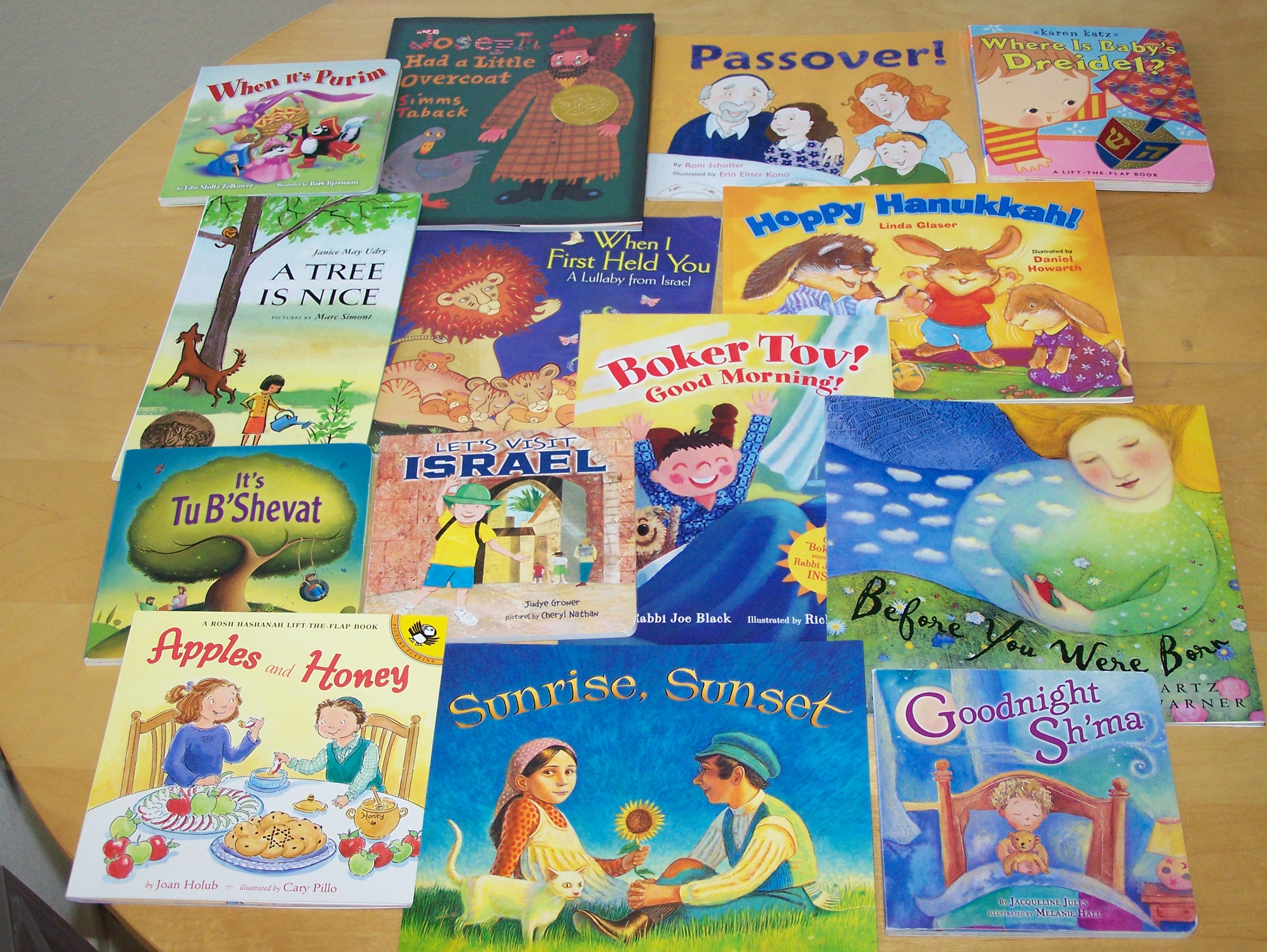 Making a Difference – One Book at a Time

I’ve written about my family’s love of books before. So naturally, I am thrilled that our family is lucky enough to participate in a program called the PJ Library. Implemented by the local Jewish Community Center, the PJ (stands for pajamas) Library is an amazing national program that sends Jewish children a book or CD each month. I signed Sophie up when she was a year old and she’s been receiving books ever since.

The idea behind PJ Library is the families will engage in Jewish life together through reading book and listening to Jewish music. The program is funded nationally and locally, so that all participants receive the books and music at no charge. It’s a wonderful program that has already enriched our lives so much.

I was recently asked by our local PJ Library coordinator to write a note to the local underwriter telling the family how we enjoy the PJ Library monthly gifts. What follows is an adaptation of that letter.

Although Sophie is only a little over 2-years-old, she’s already an avid reader. And there’s nothing she loves more than receiving her PJ Library book in the mail each month. The books have already made quite an impact on her life.

When Sophie and I see the white envelope with blue lettering and PJ Library logo in the mailbox, we can’t wait to tear it open and see what treasure awaits us. Will it be a book? A CD of Jewish music? We make it a point to read the new book that evening. And while many of them have become part of our bedtime reading ritual, there are two books in particular that have made a difference to us.

We read Goodnight Sh’ma, a simple story about the Sh’ma prayer each night. The Sh’ma is considered by many to be the most important Jewish prayer, and is often said by observant Jews during their morning and evening prayer rituals. The prayer is as follows (English transliteration):

In January of this year, we attended my nephew’s bris. A bris ceremony in which the newborn Jewish boy undergoes is circumcision. In Judaism, this occurs on the eighth day of life and symbolizes the welcoming of the child into the Jewish covenant.

During a moment in the bris, the candles were light and we began saying the Sh’ma prayer. At that point, Sophie turns to me and says, “It’s the Sh’ma, mommy!”

I looked at her in disbelief. All those nights of reading Goodnight Sh’ma, I didn’t realize how it sunk in with her. It was a beautiful moment for me.

The other book that’s played a part in our lives is Sunrise, Sunset. This beautiful book illustrates the song made famous by the musical Fiddler on the Roof. In the musical, the mother and father are signing this song as their eldest daughter is married. The song chronicles how the daughter was once a young girl and now grown, and how this all takes places over the years, seasons, sunrises and sunsets.

This is one of Sophie’s favorites. Each night, she tells me she wants me to read “Sunset.” I sing the song to her as she looks at the photos and of me singing to her.

Sophie will often break out in song; however, her singing and love of Sunrise, Sunset took on special meaning one recent Saturday afternoon when we were transitioning Sophie’s crib to a toddler bed. You can read more about that in Milestones.

During this milestone occasion, Sophie suddenly started signing Sunrise, Sunset. In particular, she was repeating the verse, “Is this the little girl I carried?”That moment brought tears to my eyes. It’s as if she realized the symbolism in that moment and of that song, and weaved in her love of the Sunrise, Sunset book.

I know a 2-year-old probably does not understand the true meaning behind the Jewish story, but I do think there’s something in that song – and me signing it to her each night – that she really did understand, as evidenced by her signing it during such a pivotal moment. At least that’s what I like to believe.

Clearly, the PJ Library has made such a difference in our lives. We treasure all of the books. Sophie, Bryan and I look forward to making more precious memories, and tying the stories and music to many more family milestones in the future.

If any of you are Jewish readers – or have/know of Jewish children – look into signing up with PJ Library. Many cities throughout the United States are participants in this program.