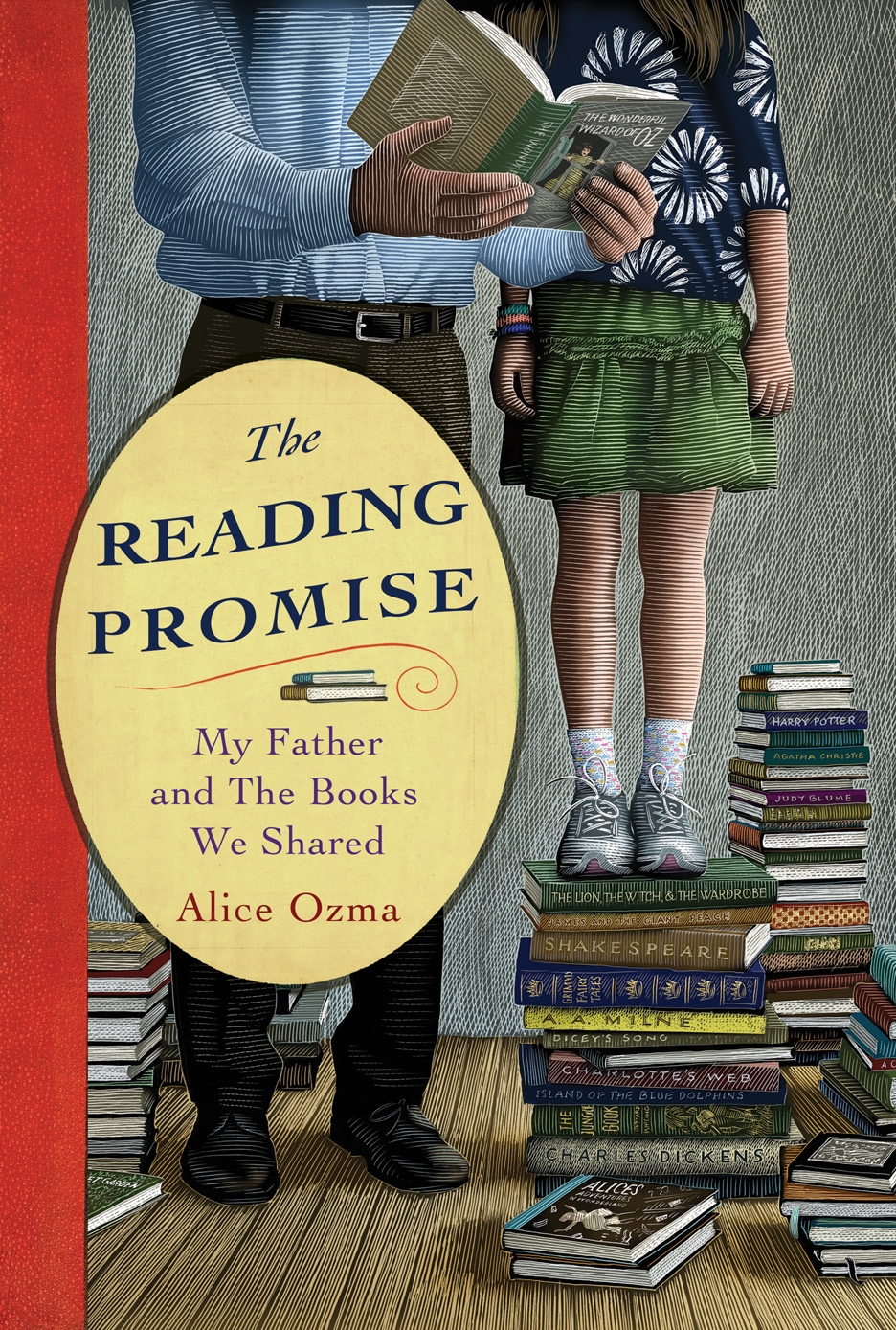 You all know how much I love books, reading and writers. So imagine how excited I was to interview Alice Ozma about her debut memoir. I am pleased to share with you my interview/profile of her below. I highly recommend her book. It was so touching and a must-read for parents (or potential parents).

When Alice Ozma was 9-years-old, she and her father embarked on a reading adventure. Their goal: to read aloud together for 100 consecutive nights. While Alice’s father had his doubts they could sustain “The Streak” for that long, young Alice was confident they would. What resulted was not 100 days; but a Streak that lasted 3,218 nights.

Alice recounts “The Streak,” as well as her poignant relationship with her father, Jim Brozina, in her debut memoir, The Reading Promise: My Father and the Books We Shared. Alice and her sister were raised by her single father, who was an elementary school librarian. Knowing first-hand the importance of literacy and libraries, Jim made a point to instill those values and always read to his children.

Jim’s commitment to literacy was not just characteristic of reading aloud to his children. Alice explained that her own name is a perfect example of her father’s commitment. Born Kristen Alice Ozma Brozina, Jim wanted to give his daughter a name which represented strong female characters in literature. Alice, is taken from Alice in Wonderland, and Ozma from Dorothy of The Wizard of Oz.

In The Reading Promise, Alice writes, “Every night was different because every story was different. … the only thing that has to be similar from night to night is the act of turning pages. Everything else changed as soon as we picked up a new book.”

“The Streak” lasted until Alice turned 18-years-old and left home for college. She notes that some of her favorites books read during “The Streak” include Great Expectations, Each Little Bird That Sings, the Agatha Christie series, and the Harry Potter series (although Jim was not a fan of this series). And while many teenagers may shudder at the thought of nightly reading with a parent, Alice said the activity was perfectly normal to her as she grew up with it.

Alice feels strongly that all families can partake in a reading streak with the help from the local public library. In fact, she is quick to point out that her family did not own most of the books they read during “The Streak.” Her father would bring home various books from the library for their reading choices.

This belief is the cornerstone of why she’s chosen to partner with the San Diego Public Libraries to kick off their Summer Reading Program. Alice said, “With libraries, anyone can read to their children if they can’t afford books.”

Ironically, it is that belief and commitment to reading and literacy that led Jim to end his 38-year tenure as a children’s librarian. Toward the end of his career, Alice explained, the school began taking out books from the library and replacing them with computers.

“Dad stood up and said he’s not comfortable teaching children computers instead of books in the library,” said Alice. He left his job shortly after that. Jim now volunteers his time reading to children and in senior centers.

Alice encourages families to start their own reading streak this summer. “I think a streak is a great idea and I hope others who try it will agree. We want people to have that same experience.”

She provides several tips for starting a streak on her web site. One of the most important tips Alice gives to parents is to be make sure they are enthusiastic about reading. “Your children can tell if you think of this as a chore.”