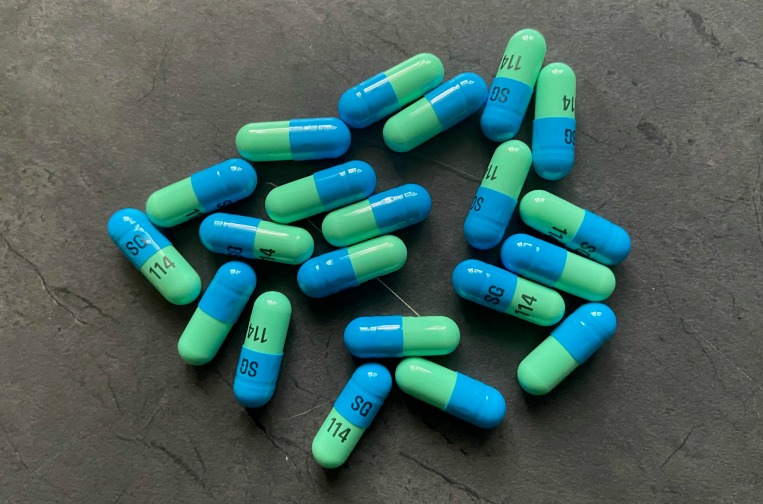 Mental Health and My Journey with Antidepressants

I have not publicly shared a lot about my mental health. Mainly because it’s very personal and being that open and vulnerable scares me. I also don’t like a lot of attention. That statement may sound ironic since I openly share about myself on my blog and on Instagram. That being said, even though I am comfortable writing and sharing my feelings, I don’t want what I write to be an invitation for people to think they need to reach out to me. I don’t want pity, and I don’t like people worrying about me.

However, when it comes to mental health, I’m very much a believer in being open and talking about those struggles. There is so much stigma attached to mental health, and I truly believe the only way to diminish that is to talk honestly about it. I have also seen how sharing about difficult personal situations helps people directly. And if my words can help people – even one person – then I feel compelled to do it. So to honor my truth and what I believe, I’m going to share a bit about my mental health struggles.

The first time I recall struggling with mental health was in 2010. I was 34-years-old, had a 2-year-old daughter, and feeling a lot of anxiety. I talked to my family doctor and he prescribed Paxil and I began a half-year journey on that medication. That antidepressant hindered more than helped me. I gained 20 pounds without intention. I don’t recall my anxiety lessening much even as I started working with a therapist. In October 2010, I talked to my doctor about going off the Paxil because of the weight gain. The doctor told me to simply join Weight Watchers, but I knew it was the drug that was the main cause and I embarked on a gradual plan to wean my body off Paxil.

I had a terrible time going off Paxil. My body felt electric “shocks” on days I didn’t take the medication. My brain could not concentrate on anything. I was more anxious than when I started the pills, and I was an emotional wreck. Around that same time, I was dealt with a huge emotional blow that was triggered by my work. Those few months were extremely scary for me. I never considered myself a person who struggled with her mental health. But not being in control of my emotions and my body was frightening.

My therapist put me on medical leave because I wasn’t myself and my coping skills were non-existent. She also referred me to a psychiatrist to manage the medication withdrawal. That doctor put me on Prozac as a “bridge” medication. Often times, you need to take one medication to lessen the severe side effects of going off another one. That was what happened to me. I don’t recall how long it took to feel “normal” again, but I successfully transitioned off Paxil. By late 2011, I had a new job, was feeling more confident in myself, went off Prozac, and stopped therapy. That was the end of my mental health struggle … or so I thought.

In early 2018, I decided to see a therapist again. I wasn’t feeling physical symptoms of anxiety but I needed an outside perspective to help me work through some issues I was facing. The therapist made a few comments that got my mind turning, and I made a few deep discoveries that I wasn’t ready to confront. So I ended therapy after a few sessions and after my “issues” were worked through.

Fast forward to July 2019 … I was in the midst of separating from my ex-husband and it was a VERY difficult time for me emotionally. I was feeling incredibly anxious all the time. The half dosage of Xanax at night wasn’t doing anything to calm my mind. The anxiety was starting to affect my sleep, my running, and I had trouble concentrating on my work. I also started feeling depression for the first time. I cried a lot and I couldn’t stop it. That never happened to me before and it scared me.

My sister suggested I talk to my doctor about an antidepressant, but I refused. I didn’t want to be tied to medicine to make myself feel better. I should be able to feel the emotions and work through them, I thought. I remembered the horrible experience on Paxil and I would not go through that again. But eventually it got to a point where I knew I needed help beyond what I could do myself. And after learning a close friend had also started taking antidepressants, I realized I needed to find that same bravery and help myself.

My doctor saw me a few weeks later. I fell apart in her office and explained my personal situation, and she agreed I needed medication to navigate the long road ahead. She was very sympathetic and said my emotions were extremely common when dealing with a major life change such as divorce. I was very adamant about finding a medication with little side effects. I did not want something that would affect my running (my salve) I told her. And after I just lost 40 pounds over the course of two years, I couldn’t gain weight. Since I reacted well to Prozac all those years ago, she put me on a very low dose of that medication to start and we agreed to monitor my reactions to it.

My doctor said to stay on the antidepressant for at least one year during a divorce or life change, to get through the year of “firsts” (i.e. first holidays, birthdays, etc.). I naively thought I’d take Prozac for a few months, finalize my divorce, and transition off the drug. After going through the last year, she was absolutely right about those triggering events.

After being on Prozac, I started to feel more calm and more like myself. I was able to cope and better manage stressful situations. My responses to situations were more measured and realistic. I still felt emotions, but I didn’t become overwhelmed by them. And I didn’t feel them quite as physically as I did before.

When 2020 began, I fully expected to transition off Prozac at some point this year. My divorce was finalized. My ex-husband and I were getting along. Work was thriving. I had my close friends. I was running. Life was feeling pretty good.

Well, then COVID-19 hit, the subsequent quarantine and moving into a new house. I did not expect those things to hit me, mentally, as hard as they have. Any feelings of loneliness I had were intensified by 1,000 in this situation. The unknown future and not knowing what will happen with me, my life or when I can see my friends and family again weighs heavily on me. I started feeling those familiar feelings of sadness again. I was struggling to get out of bed at times. And while this wasn’t an everyday occurrence, motivation wasn’t always there.

I thought a lot about whether to increase my medication, but I just did not want to do it. I’ve been in weekly therapy again since January, so I’ve been working on coping and cognitive strategies, and recognizing my emotions. I really wanted to get through the days myself and work through difficult feelings. I even checked in with my doctor a few weeks ago and told her these things. She said my feelings are VERY common and so many of her patients are feeling the same, and she’d support whatever decision I made. I decided not to increase my dosage.

And then over the last few weeks, the anxiety has taken hold of me again. I’m feeling it in the form of agitation and physical symptoms (e.g. little appetite, stomach issues, increased blood pressure, headaches). I’ll have a few good days and then I’ll feel as if I’ve taken ten steps backwards. I question my reality and my perceptions of situations. The anxiety is seeping into my running again. And since running is one thing that provides an outlet for me to manage my mental and physical health, to feel intense anxiety before and during runs is incredibly frustrating to me. My sleep has been terrible, and I’m tired of feeling tired.

So this week, I made the difficult decision (for me) to contact my doctor and increase my Prozac dosage. If I’m being honest, I’m sad and very frustrated with myself. I’m concerned it will get to a point that no amount of antidepressant will be enough; that the anxiety and depression will return when my body normalizes the dosage. I feel like a failure. I feel like I should be able to handle my emotions cognitively.

But like last summer, I also knew it was time to get help. I am tired of feeling the up and down, the push and pull. Eventually, I hope I can go off Prozac. But I do know it has helped me tremendously and I have hope it will help me get through right now as well.