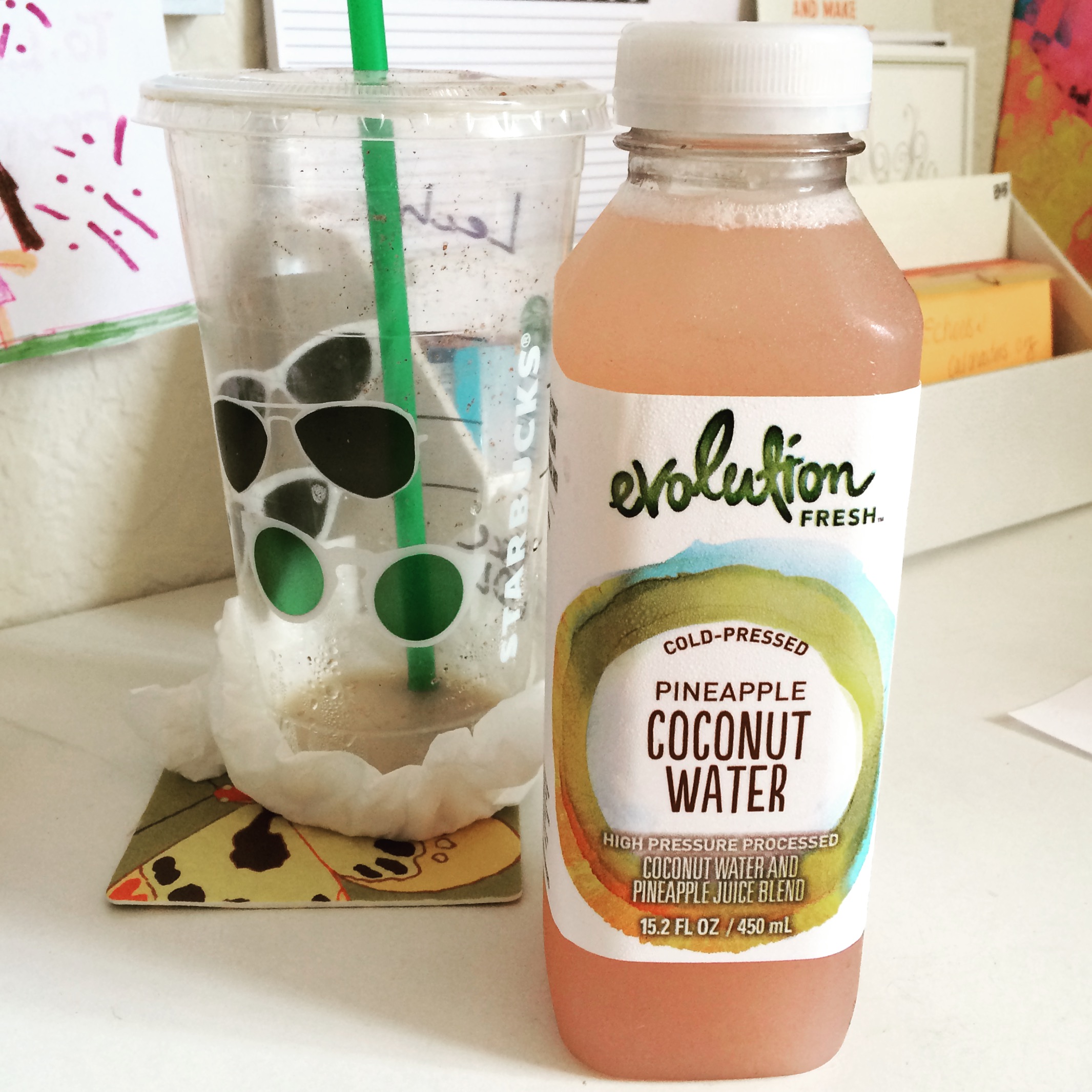 I’m back for another edition of Monday Musings, the post that’s not quite as in-depth as Snapshots but longer than a Facebook status update. Happy last Monday in August!

1. Where did August go? I should say, where did 2015 go?! Sophie starts school next Tuesday (ONE MORE WEEK!). I’m excited because she’s happy to go back, it means fall is almost here (pumpkin season!), the return of the routine, and having my days to myself again. But I’m also going to miss the casual days and sleeping in. I’m already having a mini panic attack thinking of getting up at 6:30 am next week.

2. Have you tried this Evolution cold-pressed pineapple coconut water from Starbucks? It’s not too sweet and so refreshing (and I’m not a coconut water fan). I was buying a bottle each time I frequented Starbucks. That is until I realized it’s $5! That’s more expensive than my coffee! Ouch!

3. I know I’m totally late to the game on this, but I’m really loving the band Dawes. I have a hard time finding new music because I’m such a creature of habit and always listen to my favorites. But these guys are have become my new favorite. It’s like The Eagles, combined with The Avett Brothers and Ryan Adams. If you like those singers, check out the Dawes Pandora station. Good stuff!

4. Do you agree with this article that books are better read a second time around? I will constantly re-watch television shows and movies I like, but I can’t bring myself to re-read a book. Maybe it’s because it takes more time, or because I have a million more in my “to read” pile. Do you re-read books?

5. I need some new lunch ideas. Because I work at home, I rarely eat out during the day. I typically eat salads or tuna, or soup when it’s cooler. What do you eat for lunch?

7. In a moment of recent boredom, I took this quiz that told me which 80’s movie girl I am. I was actually pretty excited to get Watts from Some Kind of Wonderful, since that was my favorite 80’s movie. I also took a quiz that told me who would be my 80’s movie high school boyfriend and I got John Bender from The Breakfast Club. Wishful thinking!

8. This past Saturday, Taylor Swift was in San Diego and my Facebook feed was full of photos of almost every mother I know who took her daughter. Neither Sophie nor I were there, which was fine with me. I’m not a big Taylor fan (just not my style of music). The concert was HUGE and and took place at PETCO Park (capacity of 42,000+ during baseball games), and I probably would have needed a Xanax to cope with the crowds and stimulation. Even though Sophie is a big extrovert, I think even she would have been overwhelmed. I didn’t see my first concert until I was 16 — the U2 ZooTV tour (so good!). What was your first concert experience?

9. Let’s talk about podcasts. I know there are great ones out there, but I personally have a hard time listening to podcasts. I think it’s because I’m not an auditory learner (I’m visual). So if I’m listening to something that will require me to remember anything, I need to concentrate. Which means I can’t do something else at the same time. I drift off easily during podcasts. I don’t spend long periods in the car, so podcasts don’t work in that arena. The rest of the time I’m on the computer, I’m usually working and therefore can’t concentrate if I have a podcast on. I didn’t even make it through Serial. Do you listen to podcasts?

What are you musing about? Do you have lunch idea for me? Thoughts on podcasts, re-reading books, your first concert, and 80’s movie girlfriends and boyfriends?