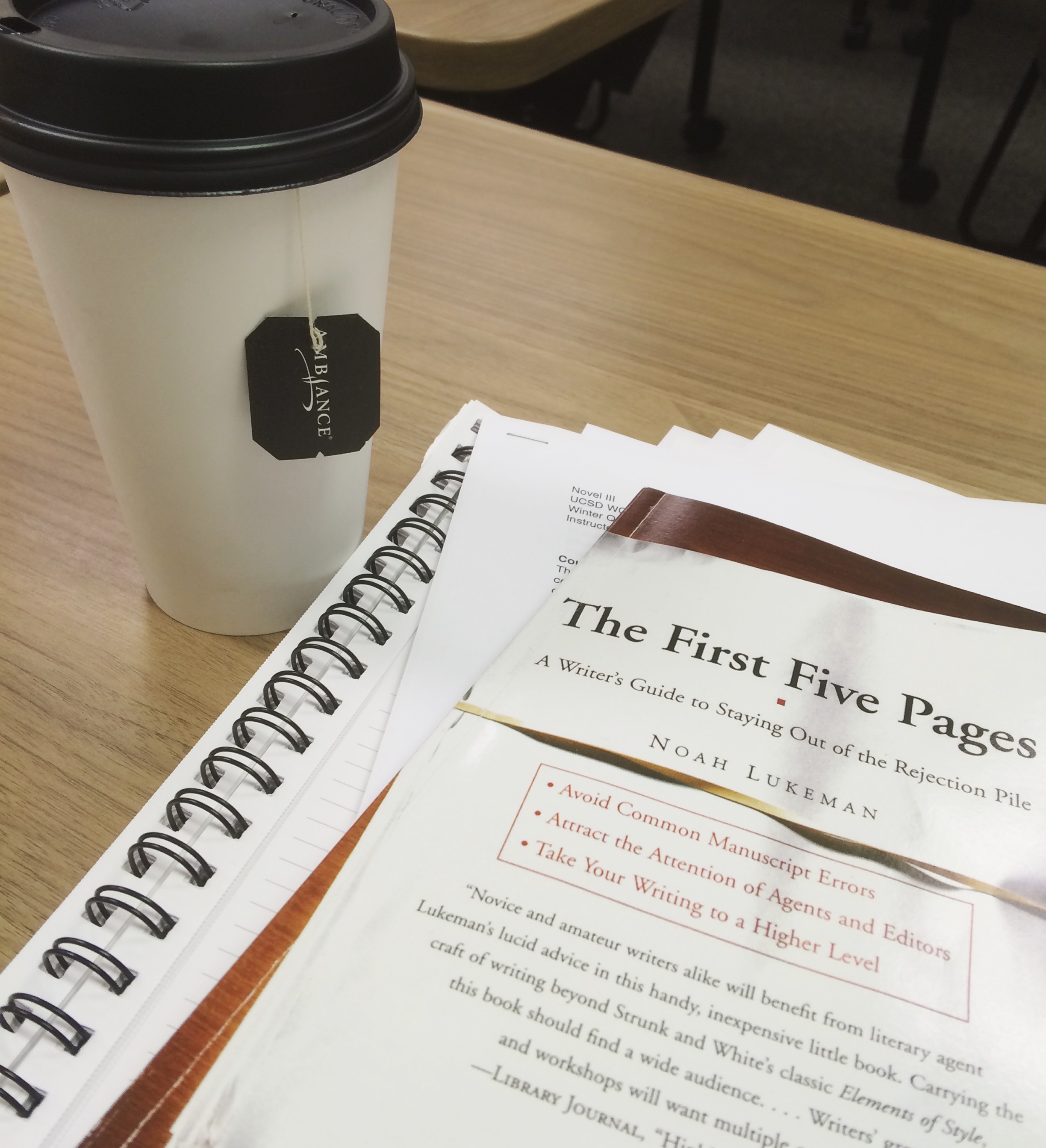 1. The photo is intended to illustrate that I’m keeping up with one of my 2016 goals of working on my novel. I’m going into week three of a novel-writing class with Amy Wallen. The curriculum includes bringing in eight pages of my novel for read-and-critique, and the end goal is writing the book’s final chapter. This will keep me particularly challenged seeing as I only have the novel’s concept and two pages actually written. But hey, I need a deadline to drive me, so bring it on (I think)!

2. Only a few months ago did I start listening to Spotify, which I realize makes me incredibly late to this music game. I’m particularly loving the Spotify Coffeehouse Blend. What are your favorite playlists on Spotify?

4. In an interview with NPR, Andrew Keen, Silicon Valley entrepreneur and author of The Internet is Not the Answer, essentially says the Interwebs is pretty much ruining the middle class, artists and small businesses. He makes some really great points. But I must admit that when I decided to include this blurb in my Musings, I had to Google  “NPR interview on Friday morning about Internet” because I had no idea his name or that of his book. So, score one for the Internet.

5. I’ve said before that I’m not a big keeper of things. Yet even though I don’t have an issue with clutter, this list of 200 things to throw away has items that hadn’t even crossed my mind. My plan is to go through the list, taking one item each day, and tossing (or donating) it. Who’s with me?

6. Further evidence to suggest many couples sleep better when they’re not next to each other (especially when you have a lark-owl situation going on). This particular article explains the origins of sleeping together in a single bed.

7. What are you watching on television these days? I started season two of Broadchurch, which I think is even more compelling than season one. We’re also liking Billions (despite my dislike of Brody). And of course, I’m happy Law & Order: SVU is back with new episodes.

8. Last, but not least, I learned so much about how personality impacts writing from this Writer Unboxed piece on tension vs. energy. Fascinating:

I am definitely a storer of tension, and tend toward writing feelings. Super helpful to remind me to keep my stories action-focused as well.

What’s going on in your life? Tell me what you’re musing about this week!