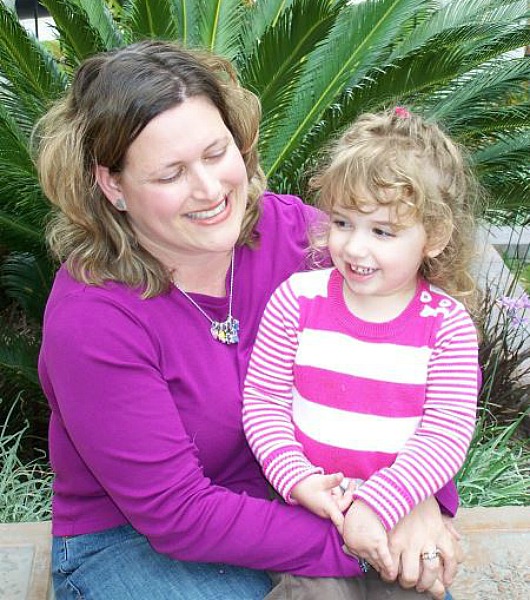 Motherhood and the States of Flux

Everyone says that becoming a parent – in my case, a mother – completely changes your life. That once a baby enters your world, everything is different. This realization of change came in waives for me – the first waive soon after Sophie was born and the second waive just a few months ago. And both these changes revolved not only around Sophie, but around my entire identity as a career-minded woman.

The idea of being a mom is not one that I aspired to as a young girl. Sure, I wanted to get married and have kids like my own mom. But I was never that girl that knew from early on that all I wanted was to be a mother. I just figured it was part of what I would do. I focused more on goals such as being a teacher, a lawyer, or a journalist (none of which I am today, by the way).

I got married when I was 25-years-old. It was during that wave when nearly all our college friends start marrying off, and then in almost two years exactly, they’d be pregnant. But I wasn’t that interested in being pregnant. Bryan and I had just bought our first home, we got our baby fix from our newborn nephew, I had a good job that I enjoyed, Bryan had non-kid interests (cycling) that kept him busy all weekend, and he was starting law school. So having kids was really the farthest thing from our minds.

A few years go by and now we’re one of the very few couples without children. We moved into a new home with a backyard. I turned 30 and thought, the time is right – to get a puppy! Having a puppy is the first foray into parenthood and I now highly recommend this step to anyone considering having a baby. Oh My Gosh; was it overwhelming!

Casey came into our lives when she was a mere 4-months-old. We had to potty train her, which was quite a grueling process that seemed to never end. She woke up as early as 5 a.m. howling for us to play with her. We took turns waking throughout the night to take her out to go potty. Her energy never ceased! What the hell did we do?! If this was motherhood, I wanted no part of it. But soon enough, Casey grew, became potty-trained and started sleeping in. She was my little buddy that I couldn’t wait to come home to.

Then in late 2006 after Bryan graduated from law school, we decided that if we wanted to have kids, we weren’t getting any younger. Even then, I was not obsessed with getting pregnant. I didn’t buy any fertility books and I was pretty convinced that if it didn’t happen naturally for us, I did not want to undergo expensive fertility treatments. It was really more of a “try and see” attitude.

In March 2007, the little pink line showed up on the pregnancy stick, and naturally, I was excited. But the thought of baby and motherhood were not so consuming to me. I still had my work, my husband and my dogs. But when we found out we were having a girl, it became much more real and exciting.

Sophie arrived November 9, 2007. And from the minute she came into my life, nothing has been the same. Nobody can prepare you for the first few months of motherhood. It was nothing like the serene portrayals on The Baby Story, or how idyllic the baby books make it sound. Even with the best of babies and the most wonderful supporting family, those first few weeks are utter and complete hell (at least they were for me). I can’t even tell you what we did during those first few weeks.

But then about six weeks later, Sophie started sleeping regularly and we started to get into a groove around 2 ½ months. That’s when I started craving something more. I loved Sophie. But I also longed to go back to work. I missed the importance I had at the office and the interactions I had with adults. I missed contributing to something other than feeding, burping, and changing diapers.

So when Sophie was 3-months-old, I cut my maternity leave short and went back to work part-time. And that’s when I first realized that motherhood significantly changed me. Even though I liked being a mom and enjoyed my work, it started to dawn on me that I had absolutely no time for myself and I had no control over anything in my life (and I was a person used to being very much in control). I remember those first few months of going back to work, I would cry nearly every day in the car driving to work. Not because I was sad. But because it hit me like a ton of brick that this was the only time I had for myself – on a car ride to work!

Work – which I so longed to go back to – also changed to me. Things that were important to me before Sophie suddenly felt trivial. It was like I had no motivation and I didn’t care about the work when I had something more important at home. For someone who has worked and earned an income since she was 16-years-old, and has held her career as a defining characteristic of my life – this was really hard for me to grapple with. I had no idea who I was anymore; what I should be doing and where I was meant to be in life.

Eventually things started to feel more even-keel, especially as Sophie entered daycare full time. We were able to establish a routine and I started experiencing what I call a “new normal.” My life wasn’t the same, but it was starting to feel like mine again. Priorities certainly shifted. But I was regaining some control over my life. It took a good year after Sophie was born until I finally felt comfortable with my life again. Things were pretty much smooth sailing for quite a while.

And then earlier this year, motherhood changed me once again. Soon after Sophie turned 2-years-old, I started feeling another shift within me. A lot of things in my life started to look differently and my goals were different. For example, I rediscovered my love of writing (and started this blog). But the biggest change was my motherhood and work paradigm.

Once Sophie turned 2, I really started enjoying more my time with her. I was able to interact with Sophie; we had actual conversations. I longed to teach her new things and be a part of all the amazing things her body and mind was discovering. This was a new feeling for me since I didn’t feel this way when she was an infant.

And suddenly work started to feel less important because I found myself longing to be with Sophie. In many ways, works felt like an obstacle to my relationship with my daughter. I was astonished when I found this quote in Laura Zigman’s Piece of Work, a novel I recently read, which summed up perfectly what I’m feeling.

“Back then, the workday had always seemed too short, as if there was never enough time to do everything she needed to do. Now it seemed just the opposite: too many hours looming to fill up with stupid meaningless tasks that were going to deprive her of precious time with her [son].”

For the first time ever, I can truly picture having a life without a full-time job. I can see myself as a stay-at-home-mom; something I swore I would NEVER want in my life. But now it is all different. My values have changed and I want very different things.

I’ve been grappling with this for some time now. Leaving my job is not a reality at this point – practically or financially. But I find myself constantly living in – what Peggy Orenstein calls – a state of flux. I recently finished her book, Flux, which details how women negotiate life choices. The chapters about working mothers and non-working mothers really resonated with me. It was refreshing to read about women who suddenly felt this same shift in their world view. Of course, what to do about it is a different story entirely. And not one I’ve figured out yet. I’ll guess I’ll see where this road takes me.

Motherhood is a powerful force. In just 2 ½ years, being a parent has completely changed my life in multiple ways, and has altered the person I always believed myself to be. I’m sure all mothers feel this way at some point. And I’m sure I’ll feel this way again. Something tells me I have not seen the end of this state of flux.