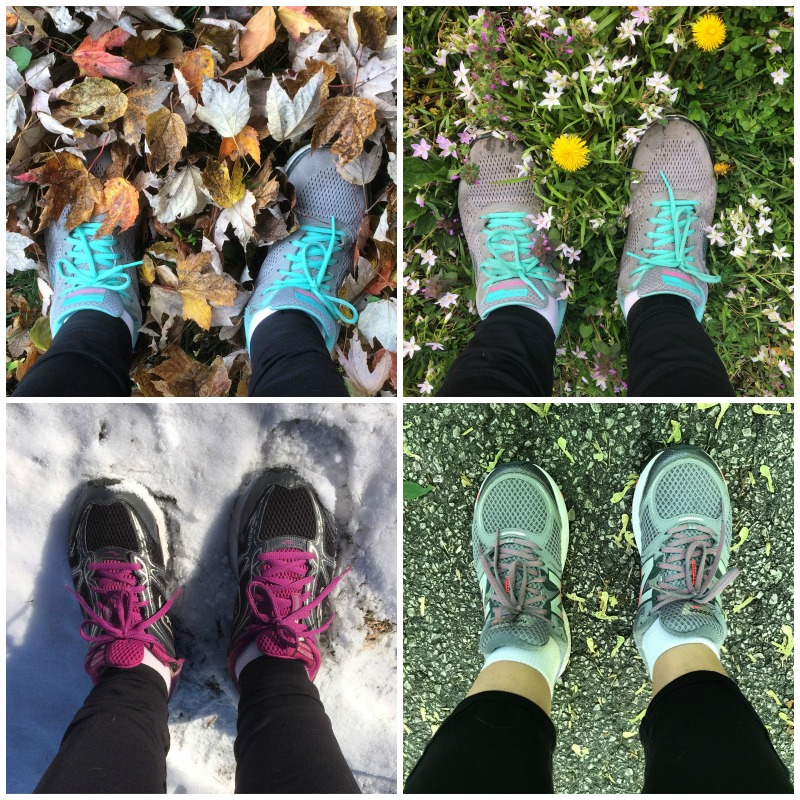 My Running Journey: From Zero to Something

When I was growing up, physical activity was not my forte. I was an indoor kid who spent hours holed up in my room, writing stories and letters to pen pals, running a mail-in newsletter and sticker club (way before the days of the Internet), reading books, and listening to music. And I was perfectly happy and content doing just this. Never did I have a desire to go outside to play or participate in sports like soccer and basketball (both of which my younger sister, Ellye, was a pro in).

When I went to middle and high school, I was confronted with the dreaded hour of Physical Education (PE). Oh how I despised PE. I was always the kid picked last for every sports team. And I constantly lamented about why I had to learn games like flag football (really?!); softball (I was terrified of the ball hitting me); soccer (that was Ellye’s sport); and tennis (okay, I actually liked tennis).

But the worst – the absolute worst – was the required running of the mile each week. I HATED running with a passion. Mostly because it was hard for me. I wasn’t great at physical activity (clearly), and I was never conditioned to run/jog because I never played team sports as a kid. Every week I would try, and tell myself I could run like the wind (with the “Chariot’s of Fire” theme or Christopher Cross’ song in my head). And I always struggled. I couldn’t catch my breath and my legs got so tired and weak, to the point that I ended up walking nearly the entire mile. I was the slowest kid in the group, always coming in last, and always feeling like a failure.

When I went to college and realized I had freedom of choice, a good friend took me to her gym, where I slowly began to realize that exercise wasn’t actually a torture device. The elliptical machine and stationery bike became favorites, while the treadmill remained an enemy. Whether it was with my friend or on my own, I committed to working out a few times each week. After college graduation, my gym membership evaporated, working full time happened, and a family (house, kid, dogs, husband) made life tougher to navigate.

Over the years, I secretly wished I could be like the people I’d see running on the streets, where it looked easy and simple. I would watch Sophie run one mile every morning at her former school’s daily running club and I envied her. I loved (still love) the idea that running is simple — just your mind and body working together. You don’t need a fancy gym membership or equipment. All you really need is a good pair of shoes and (if you’re like me) some earbuds and a great playlist.

But then I’d remember the times I tried running when I was young and convinced myself I physically could not do it. It was too hard, I thought. Or I can’t breathe right. Or my physical body wasn’t built for the activity.

Then one day — October 8, 2016 — something changed in me. I had been in Indiana a little over two months, and I was thinking differently about my life and began learning new things about myself. I also loved the outside environment and nature that surrounded me. I physically longed to be in the green grass, among huge trees, nature and falling leaves (something that did not exist outside my door in San Diego). On that day, I decided running was something I wanted to do. So I laced up and went for a run.

That first run was not impressive, nor was it easy. I walked more than I ran, and I doubt my distance was even one mile. But I did it. And I knew I wanted to continue. So every week, starting at only twice per week, I went outside and ran/walked.

I’ve run in winter and under falling snow. I’ve run in spring when the temperature is near perfect, and the trees are starting to grow green leaves. I’ve run in 90 percent summer humidity that almost felt like I was wading through a thick cloud. And my favorite is the shorter season of fall, where I’m surrounded by brown, yellow and red trees and fallen leaves on the ground. I love physically feeling the differences in the seasons, and running has helped me experience that. My running has been an interesting journey. I learned from my physical therapist this past summer that the physical form my hips and legs took while running was wrong, and probably a huge reason why I wasn’t progressing and why I’ve been experiencing hip bursitis pain for years. Thus began the conscious effort to correct the way I’ve been walking for 41 years. The breathing can still be an issue. But I’m now able to run longer and walk much less.

I never started running because of a big health goal or to run a marathon. But I love that my body feels like it moves easier and my heart rate drops down to normal much faster than previously. My mind feels clearer when I’m outside in nature (even in the humidity). And in a surprising twist, I actually feel anxious when I haven’t run for a few days.

But most of all, I’m proud of the fact that I’ve consistently stayed with running for an entire year. And I’m happy that the sad girl who could barely handle running in school is finally getting the chance to prove that she is, in fact, physically capable of conquering the mile.