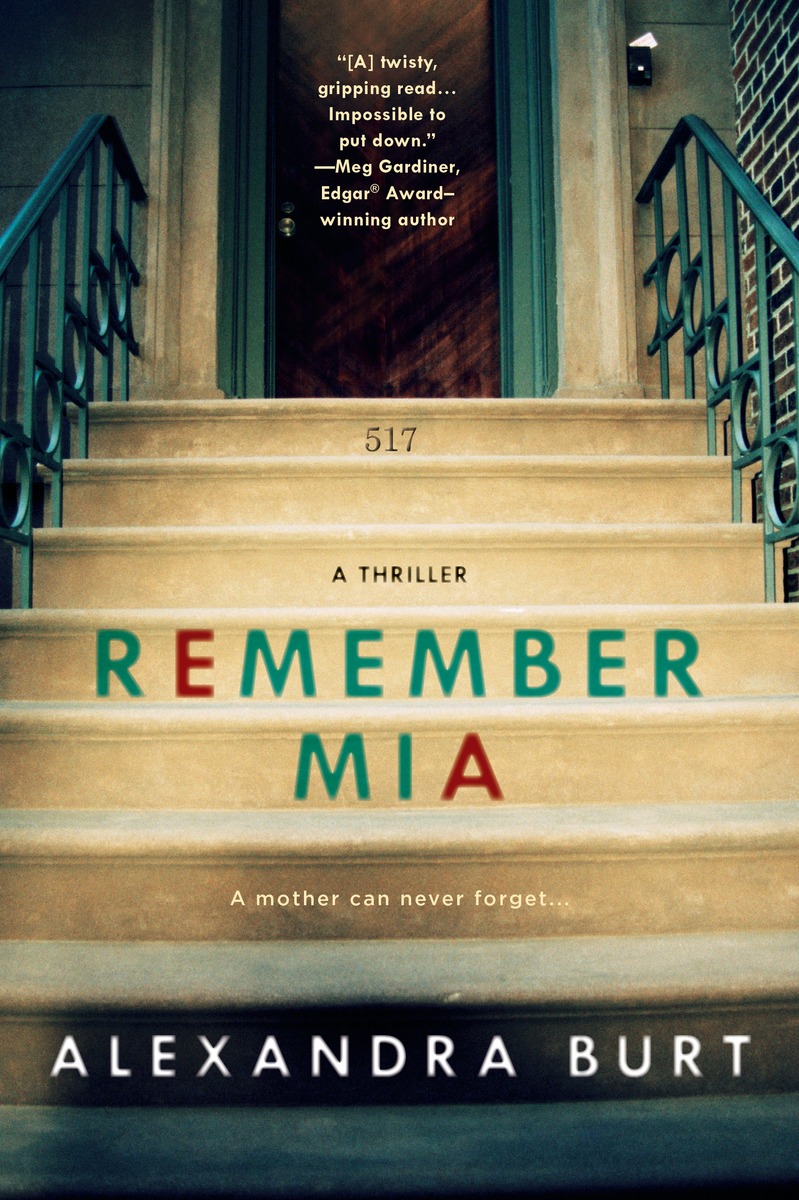 “On Forgetting” ~ A Guest Post by Alexandra Burt of “Remember Mia”

A few months ago, I received a copy of Alexandra Burt’s debut novel, Remember Mia, which promised to be the next Gone Girl and Girl on the Train. Did this story live up to its comparison? ABSOLUTELY!

The story was riveting and kept me on the edge of my seat. I loved the psychological mystery of Remember Mia, the exploration of memory (and childhood memories), not to mention the aspects of motherhood and post-postpartum depression to which many of us can relate.

Here’s the description (from Amazon):

Estelle Paradise wakes up in a hospital after being found near dead at the bottom of a ravine with a fragmented memory and a vague sense of loss. Then a terrifying reality sets in: her daughter is missing.

Days earlier, Estelle discovered her baby’s crib empty in their Brooklyn apartment. There was no sign of a break-in, but all traces of seven-month-old Mia had disappeared. Her diapers, her clothes, her bottles—all gone.

Frustrated and unable to explain her daughter’s disappearance, Estelle begins a desperate search. When the lack of evidence casts doubt on her story, Estelle becomes the number one suspect in the eyes of the police and the media. As hope of reuniting with Mia becomes all she has left, Estelle will do anything to find answers: What has she done to her baby? And what has someone else done to her?

I am excited to share with you a guest post Alexandra Burt wrote for Leah’s Thoughts. I LOVE how she discusses insomnia, her own childhood memories and how they played a part in her decision to write Remember Mia. I hope you enjoy this as much as I did!

On Forgetting ~ By Alexandra Burt

Insomnia haunts me at night. Some people count sheep, others read, but I choose to summon the past; in my mind I visit my childhood room again—a small recessed bookshelf, underneath a crooked stack of board games, a record player and my beloved collection of fairy tale vinyls, psychedelic pink and red wallpaper with oval interlaced shapes.

Fascinated with memories, I have always been able to recall glimmers, mere match strikes in the dark, illuminating the world for a short moment in time. I told my mother once that I remembered my crib—sideways in front of a large window, facing away from the door—and that my world was bathed in shades of pastel colors and fuzzy edges, and grown-ups leaning over me, making silly faces. I have memories of my great-grandfather sitting in a wingback chair by the window. According to his headstone he died days after my first birthday.

No way, says science. There is “childhood amnesia,” and the gist of it is that we can’t remember much, if anything, from before the age of three. The older we get, the hazier memories become and by the age of ten very few of them remain. On one hand my mother confirmed the crib story, on the other hand I have to agree that there’s so much that goes into memories in order for them to survive—seasons, days of the week, physical locations, relations to the people around us—that I couldn’t have grasped at such a young age. But how is it that I so vividly recall the old springy couch covered in a knobby fabric, and my father lifting me unto my great-grandfather’s lap where I cried with fear?

Memories are at the very center of my writing and I have often wondered why that is, especially because my stories are not so much a conscious decision as they are subject to organic development. As I plotted Remember Mia—a story of a mother who is unable to explain her daughter’s disappearance—I decided to take it to the highest level of suspense and the ultimate eraser of all memory; amnesia. The mother holds the key to what happened to her baby but she doesn’t know whether she is responsible. With the help of a psychiatrist she attempts to solve the puzzle that is her missing daughter.

But what about my own memories? I refuse to believe that they are imagined, after all, wouldn’t I lose part of myself? I prefer to be a curator of sorts, tending to them, so they remain. Maybe our entire life is nothing but a kaleidoscope of isolated moments: finger painting, hanging upside down from monkey bars, and scratchy tights on Sunday mornings.

Science is one thing, my persistent mind another. And tonight, after the house goes quiet and dark, like the mother in Remember Mia, I will descend, once again, down into the mine and bring up sparkly jewels that are my past.

After all, we are, in a way, just the sum of our memories.

Such a powerful post! Thank you so much, Alexandra, for sharing it here.