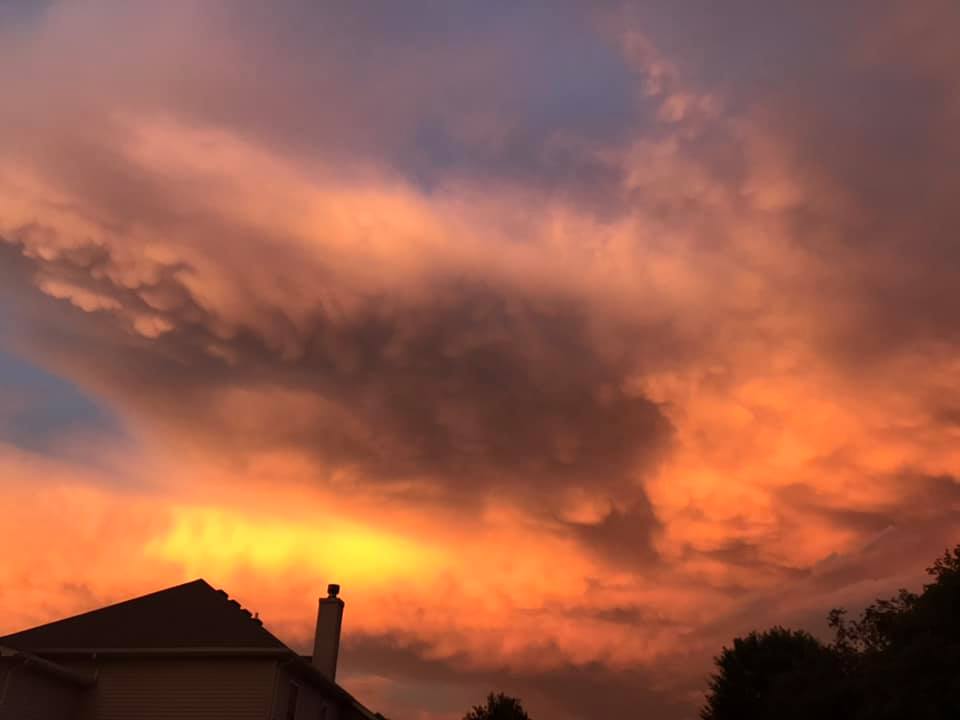 The opening pages of Janet Fitch’s “White Oleander” novel has haunted me since the first time I read it, nearly 18 years ago. It’s in these passages that she talks about the foreboding Santa Ana winds.

“The Santa Anas blew in hot from the desert, shriveling the last of the spring grass into whiskers of pale straw. Only the oleanders thrived, their delicate poisonous blooms, their dagger green leaves. We could not sleep in the hot dry nights, my mother and I. … “Lovers who kill each other now will blame it on the wind.” She held up her large hand and spread the fingers, let the desert dryness lick through. My mother was not herself in the time of the Santa Anas.”

Of courses this is a fictional passage from a novel that foreshadows the mother committing murder in the story. But the idea of the Santa Ana winds as ominous is not hard to imagine, at least not to me.

Growing up in Southern California, I dreaded Santa Ana wind season. The dryness of the winds brought sandpaper skin and lips that soaked up ChapStick by the second. My wavy hair turned stick straight and stood up from static, and my contact lenses felt like they were scratching my eye balls.

When I was young, the Santa Anas typically appeared in early summer. But as the climate changed and I became an adult, the heat shifted to the fall. September through November – the months that should have been full of cool autumnal breezes and sweaters – were marked by days of unending dry heat in homes without air conditioning. And every few years, the glaring sun, high temperatures and gusts of wind would form a perfect storm. Wildfires broke out that made their way down the California inland valleys with a vengeance.

This was the scene in October 2003. I smelled the smoke immediately. Before I was even awake I knew what it was. Fire in the distance and smoke permeated through my nose and the house. It was eight days before Halloween. It was morning, but it was dark; only the haze of the burning sun and tiny smoke dust particles lit the room. Sirens were sounding in the distance. The phone was ringing with calls from concerned friends and family, asking if I was aware my community was on an evacuation order.

I had to get out of the house and escape what could turn into a trap. Minutes felt like seconds as I gathered photographs, scrapbooks and albums, important documents, and other treasured belongings and loaded them into my small Honda Civic. All the while, the only thing I could smell was the fire and smoke and what could become burned up life if the flames had their way.

We spent the next three days with friends in the coastal region; an area untouched by the threat of fire. This was before social media. So for three days, I watched the local news for reports of where the fires were going, which houses they destroyed, and to see if my address was listed on the roster of homes that were damaged. When the evacuation order was lifted, I made my way home to see if my house, which sat on shrub-filled canyon, was still standing. Thankfully, it was. But I knew many people who weren’t so lucky.

The haunting feeling of those October Santa Ana winds and fires never left me. In fact, they made their way back in another October, this one four years later. I was eight months pregnant and living in a different house. But those same winds again broke out with a vengeance and fires swept Southern California.

I knew it was coming. The foreboding weather was not going to rest that October. With only one week left at San Diego State University before I started maternity leave, I went into work that Sunday to finish projects in the quiet of an empty office. I cleaned my desk and checked off tasks. I left campus with an eerie feeling of calm, like I knew I was not coming back any time soon (even though my alarm was already set for morning).

That evening, the winds kicked up and unconstrained fires burned up regions of San Diego. We evacuated the house, just for one night this time. But the air was so polluted with smoke and ash that schools and college campuses were closed the following week for health reasons. And I started my maternity leave one week early.

One May afternoon several years later, the Santa Anas blew so strong that they knocked a beautiful little bird into our sliding glass door. It laid on the ground, looking wounded or dead. Minutes later, the tiny creature was gone. This was the same week our kitten was killed and I considered the fact that this bird was a signal from another dimension. I wondered if perhaps I imagined the entire episode. The inescapable dry heat makes you question reality.

Santa Anas have a mind of their own. Control is lost to Mother Nature. That’s why it’s easy to read a passage like Fitch’s in “White Oleander” and understand that, perhaps it was the dry Southern California winds that made the mother commit murder. Maybe nature’s inexplicable power turned people into another form of themselves.

Living in Indiana, there are no Santa Ana winds. Dry heat is not a reality in this region of the Midwest. I’m okay with this. My parents don’t understand why I’ll gladly take humidity for the desert any day of the week. But I welcome the escape from the ominous Santa Ana winds, and the haunting memories of my past.