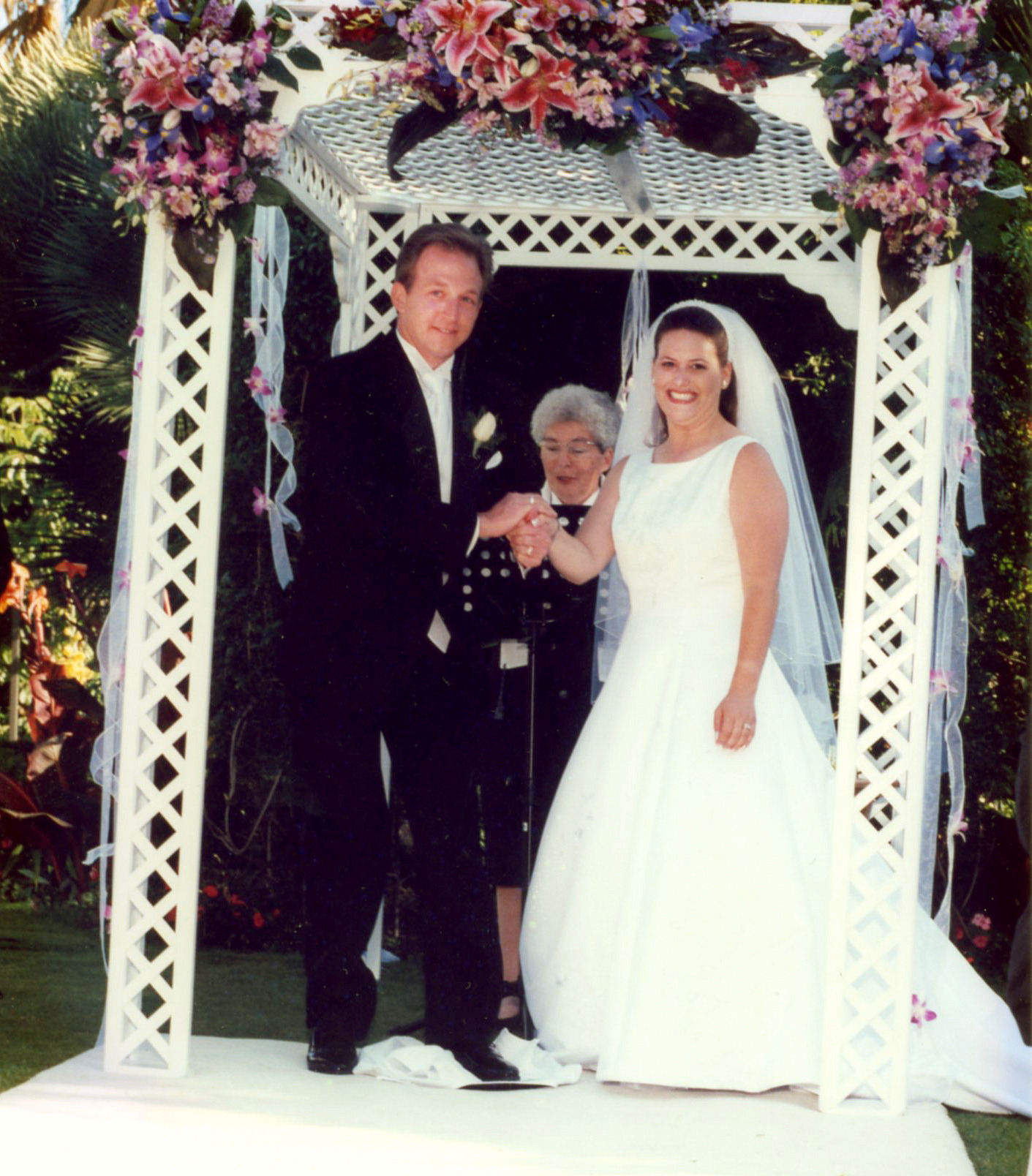 Saying “I Do” to an Interfaith Wedding

InterfaithFaily.com recently published another one of my pieces, Saying “I Do” to an Interfaith Wedding. The text that follows is the article that appears on their Web site.

It was nine years this July when Bryan and I said, “I do.” It was a beautiful wedding. We stood under a chuppah that was adorned with flowers and there was just enough of a breeze to keep the July evening from being too warm.

While the wedding was certainly beautiful and, more importantly, our marriage is still strong nine years later, getting to the chuppah was not an easy task. Especially because Bryan and I were an interfaith couple looking to plan a wedding that was welcoming to our family and held to our own religious beliefs.

I grew up in what I’d call a culturally Jewish family, but certainly not religious. We celebrated the Jewish holidays at home, but never went to synagogue. As I went to college and grew older, Judaism became much more important to me and I started to seek out ways to bring Judaism into my life.

Bryan grew up in a Catholic family. But as he grew up, his family’s frequency of practicing Catholicism grew sparse. Bryan’s always been interested in learning about other religions, even minored in religious studies in college. So naturally, he had an interest in Judaism when we began dating.

I find it interesting how religion suddenly becomes important during lifecycle events, as it certainly did for my parents during the planning of their first daughter’s wedding. When I told my parents we found the most beautiful outdoor venue that is only available Saturday afternoons, they were shocked. “You can’t get married on Saturday!” my dad exclaimed. “Jews don’t marry on the Sabbath.” Because we were never raised religiously, I honestly had no idea about this “rule.”

Our quest to find a clergy who would marry us was the first interfaith wedding challenge. We knew we wanted someone symbolic, not a justice of the peace or a friend that was ordained for the day. Interestingly enough, my non-religious parents pressured me to have a rabbi marry us. As a non-Jew, Bryan wasn’t too keen on this idea. When I first tried explaining this to my parents, they could not understand why Bryan would be uncomfortable with that. It wasn’t until I said, “How would you feel if we had a priest marry us?” did they finally understand and stopped pressuring us regarding clergy.

In addition, the fact that Bryan was not Jewish posed a problem to the Jewish clergy we approached nine years ago. We asked for many referrals, but very few in the Reform community would marry us–especially on a Saturday. I recall speaking to a retired cantor who considered marrying us, so long as we agreed to raise our children Jewish. While that was likely the course our lives would take, this was a very personal and private decision. Bryan and I were unwilling to make that promise to anyone other than ourselves. Finally we found a rabbi with a local Humanistic Jewish congregation who agreed to marry us. She was wonderful and made all guests–Jewish and not–feel welcome and included.

The next hurdle was what the ceremony would “look like.” Bryan and I both agreed to a chuppah and the breaking of the glass. But actual Hebrew language was something we had to negotiate. Bryan wasn’t too comfortable having parts of his wedding ceremony in a language he did not understand. And we had to think of half the guests that probably felt the same way. So we included Jewish prayers, but they were said in English. We included Bryan’s family and religion into the ceremony by asking his uncle to read a verse from the New Testament.

We did not do the Hora, nor did we say Motzi or do Havdalah. Nor did we light unity candles and include Christian prayers in our ceremony. As I look back at planning our wedding with the challenges of being an interfaith couple, we wouldn’t have done it any differently. This wedding was for Bryan and me. It was more about us coming together as a couple–to start a marriage–than it was about religion.