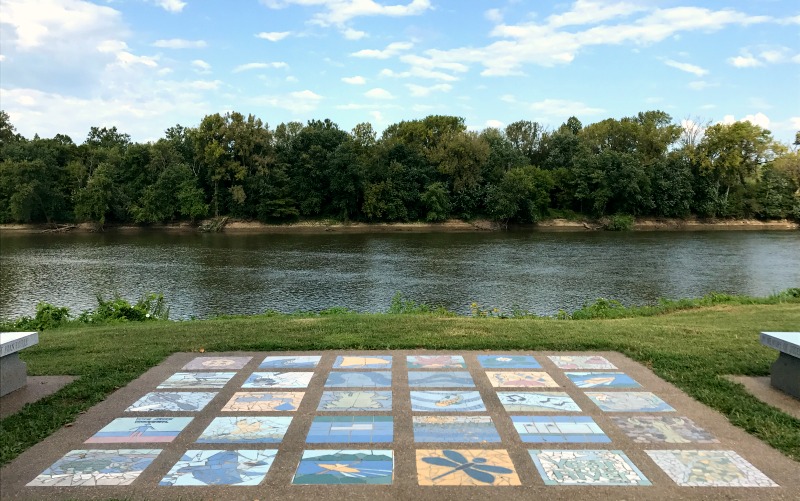 The Greatest of Gifts: Stepping Outside our Bubble and Listening to a Different Perspective

We are at a critical time in the world when it is more important than ever to seek outside opinions and learn from each other. While the Internet is a vast resource of endless information and said opinions, in many ways, it’s a device of polarization.

When former President Barack Obama gave his farewell address on January 10, 2017, there was one line that that struck me deeply and was particularly telling about the state of the country.

“If you’re tired of arguing with strangers on the Internet, try talking with one of them in real life,” said the former president.

While this may seem like a simple direction to follow, technology – and social media in particular – has made it extremely difficult to actually do.

Because of the Internet and the democratization of information, we have more access to diverse opinions and different people than we’ve ever had in the history of humanity. Yet there is far less accepting (and extreme criticism) of those diverse opinions.

My own experience with confronting differences happened when I “moved to the middle” nearly two years ago. I left my blue, Liberal bubble of San Diego for Terre Haute and the red state of Indiana. Making that move outside my comfort zone suddenly put me in a place where I was the stranger. I was talking to people with different backgrounds and political beliefs that I would not have met had I stayed in San Diego.

When I told people that my family and I made the move from San Diego to Terre Haute, the first question I always received was:

“Why would you ever want to come to Terre Haute?”

I expected that question from individuals who lived in Southern California. What I did not expect, however, was getting that question from fellow Hoosiers and Terre Haute residents. The undertone of the question was not about why I left the seemingly picture-perfect Southern California. What they were asking was why I chose to move to the middle of America and settle in Terre Haute; as if this town had something to be ashamed of, or had nothing to offer its residents.

For me, Terre Haute’s greatest gift has been self-awareness. I realized how I was living in a bubble in San Diego, and came to understand how my biases informed my beliefs about the Midwest and its residents.

Once I was able to put those biases aside, I was able to get to know my adopted town of Terre Haute and see all the assets this city had to offer.

Assets like a local parks department with more than 1,000 acres of land dedicated to community and neighborhood parks, trails and greenways. Terre Haute has Rose-Hulman Institute of Technology, which has been ranked the #1 engineering college in the nation among schools whose highest engineering degree offered is a bachelor’s or master’s for 19 years. The city has five institutions of higher education. It has a small business incubator helping entrepreneurs launch successful business ventures to keep people and jobs in Terre Haute.

Terre Haute has a regional airport that was named airport of the year by The Aviation Association of Indiana. The community has an award-winning art museum, free and low-cost youth programs, a vibrant community of small businesses and entrepreneurs, and a low cost of living.

I began sharing these observations about Terre Haute and Midwest living on my social media channels, through writing on this blog, and in local and national publications. I did this because sharing information through words and photos is the way I try to make a difference and impart some positivity in the world.

As I got to know myself differently, several of my new friends and neighbors told me they started to see their own community in a new light. Just as growing up in one city kept me living in a bubble, the bubble exists for anyone who does not look beyond what they’ve always held as truth. None of us can see ourselves until we step outside of ourselves.

With technology and this country’s political divide, the opportunity to engage with and learn from others is shrinking. Social media makes it possible for us to choose to live in a bubble. If we don’t like what someone has to say – or has an opposite opinion – we simply unfriend, unfollow or block them. We, literally, have the ability to scrub our world of political differences.

Yet we all learn from someone else’s point of view. Even if we don’t agree with their beliefs, just understanding one’s perspective opens up an entirely new perception and way of thinking. I found that only by listening to others who are different can we truly understand each other and ourselves. Isn’t this truly at the heart of inclusion?

Leaving my Southern California home of 40 years and moving to Terre Haute opened my eyes and mind. For some local residents, having an outsider provide observations opened their eyes to see what’s been right in front of them all along.

To be sure, I know Terre Haute is far from perfect, and there are many community issues and problems that need to be resolved. And I cannot discount the views of the city’s residents who have been observing the reality of this city their entire lives.

But if I’ve learned anything over the last two years, it’s that fear keeps us separate and confidence is built in the small space of sameness. The only way we can stop the polarization happening in this country is to embrace new opinions and learn from each other. And when we pierce the barriers of comfort, we move towards a more dynamic, inclusive world that doesn’t see difference as inherently bad.

Photo: Fairbanks Park and the Wabash River, Terre Haute, IN

Thanks for reading! If this resonated with you, please leave a comment or share the post on social media. And if you don’t agree with the sentiment, that’s okay too (and I’d still like to hear your comment). After all, isn’t that the point of it all? 🙂