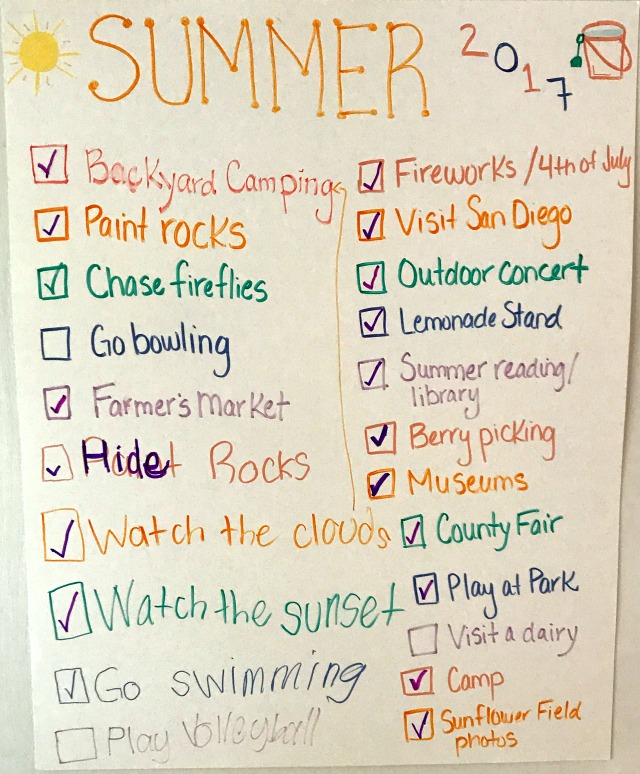 We’re well into September at this point, which means summer 2017 is officially in the books. I’d say we had a pretty nice first summer in Indiana. And we made pretty good progress on the summer bucket list, with only three items remaining.

Here’s a look at some of our summer fun.

We picked strawberries, and some fresh veggies. Spent a lot of time swimming. Caught fireflies for the first time. Sophie went to Girl Scout camp, as well as some local arts camps. Even I got into the camp spirit. We watched the sunsets and explored the outdoors. Hosted a lemonade stand as part of Lemonade Day 2017. These two girls raised more than $100 and donated it all to a local non-profit that helps college students in need. We took in a few outdoor concerts. Celebrated the Fourth of July by going to the parade, enjoying barbecue and watching fireworks. Had a backyard camp out. Well, Sophie and Bryan had the camp out. I took photos, joined them for dinner and slept inside. Went to the county fair. Went to the sunflower maze. Painted rocks and hid a few in town. Sophie enjoyed some cousin time when my brother-in-law and two nephews paid us a visit before going to the eclipse. Sophie and I eagerly awaited the eclipse, which would have brought 94 percent coverage in Terre Haute — that is if the clouds hadn’t rolled in five minutes before the eclipse time. It was still pretty neat to see nature think it was dusk though. We visited family in San Diego and had some cousin time. And before we knew it, back to school time had arrived. It was a fantastic summer!