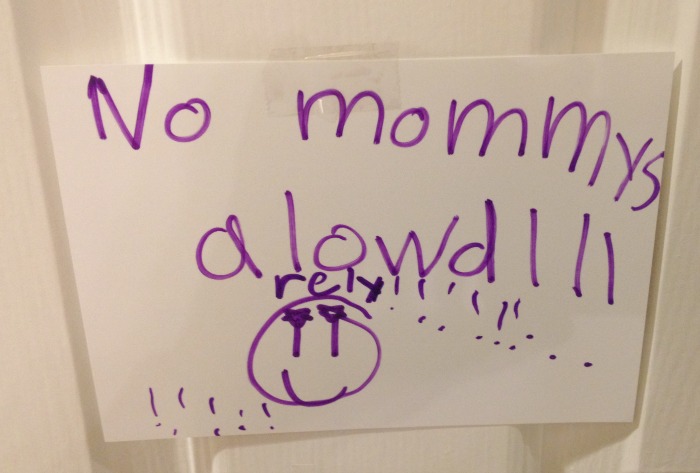 Teach Your Children Well … Words to Parent By

I’ve been thinking a lot about parenthood lately (the status of being a parent, not the television show). Even though I’ve had so many things to write about, I haven’t been writing about the parenting journey has much as I used to do on this blog. It’s not that I don’t want to share my thoughts, or worry that Sophie will read this one day (she probably will and that’s fine with me). I think the reason is because as Sophie gets older, it’s harder to put some of these parenting struggles and thoughts into words.

The milestone moments Sophie had in her early years were easy to capture: putting away the baby monitors, moving to a “big girl” bed, finally becoming potty-trained, and entering kindergarten. Those things were universal, easy to articulate and joyous celebrations, if you will.

My parenthood struggles of late are not as simple. As Sophie gets older (7-years-old now!), the issue constantly on my mind is whether I’m raising a good human being. Things like making sure my daughter is respectful, isn’t absorbing attitudes she sees on the playground on on television, and has the life skills necessary to survive in this world. These are not subjects taught in the Common Core curriculum. And they are not milestones like losing the first tooth. These are ongoing struggles that are exhausting and often leave me feeling like I’m failing as a parent.

The biggest struggle for me lately revolves around issues of respect and listening. More specifically, being assertive is a great skill to have (and Sophie certainly has it). But there’s a line between assertive and continually asking for things from other people (especially after mom has said no). What I mean by this is Sophie asking another parent for a playdate when I’ve already said five minutes before the playdate can’t happen that day. Or asking a relative for money or things when I’ve already told her not to ask for that. This is something that really bothers me. I find it rude to others, and I feel like I’m not being listened to or respected. We seem to have these issues on a regular basis; and when it’s really bad, she loses a privilege.

I try to be proactive and talk about expectations and being really clear before we get into the situation. And that does work occasionally. But I guess with kids (this one in particular), emotion overpowers logic. She does recognize her behavior and knows why she’s getting the consequence she does. So I guess that’s a good step, right?

Sophie and I are very close, which is probably why these struggles are so hard for me. It truly breaks my heart when a conflict arises between us, or the time she told me she doesn’t want our relationship to be like Merida and her mother from the Disney movie, Brave. I can already hear the voices of the dissenters:

Don’t be so rigid!

If that’s all she does, you should be grateful for what you have.

And yes, they are kids and sometimes they don’t know. But that’s exactly why it’s up to us as parents to teach them what’s appropriate and what’s not.

I want Sophie to know she can always be honest with me. I tell her it’s okay for her to be angry at me, and that it’s normal for her to feel like she hates me at times. What matter to me is treating people respectfully. Listening to our words, and acknowledging our hurt or anger. I truly feel if you don’t set boundaries and expectations now, it will only get worse as they grow older.

I do feel like Sophie is a good person, has a heart of gold and values honesty. She cares for a backyard pillbug with as much tenderness as she does our cat. And I’m so grateful for that. But the respect and listening is an ongoing struggle, and it’s something we’re working on. Some days it’s really hard for me. But all I can do is appreciate all her wonderful qualities and hope I’m doing something right.