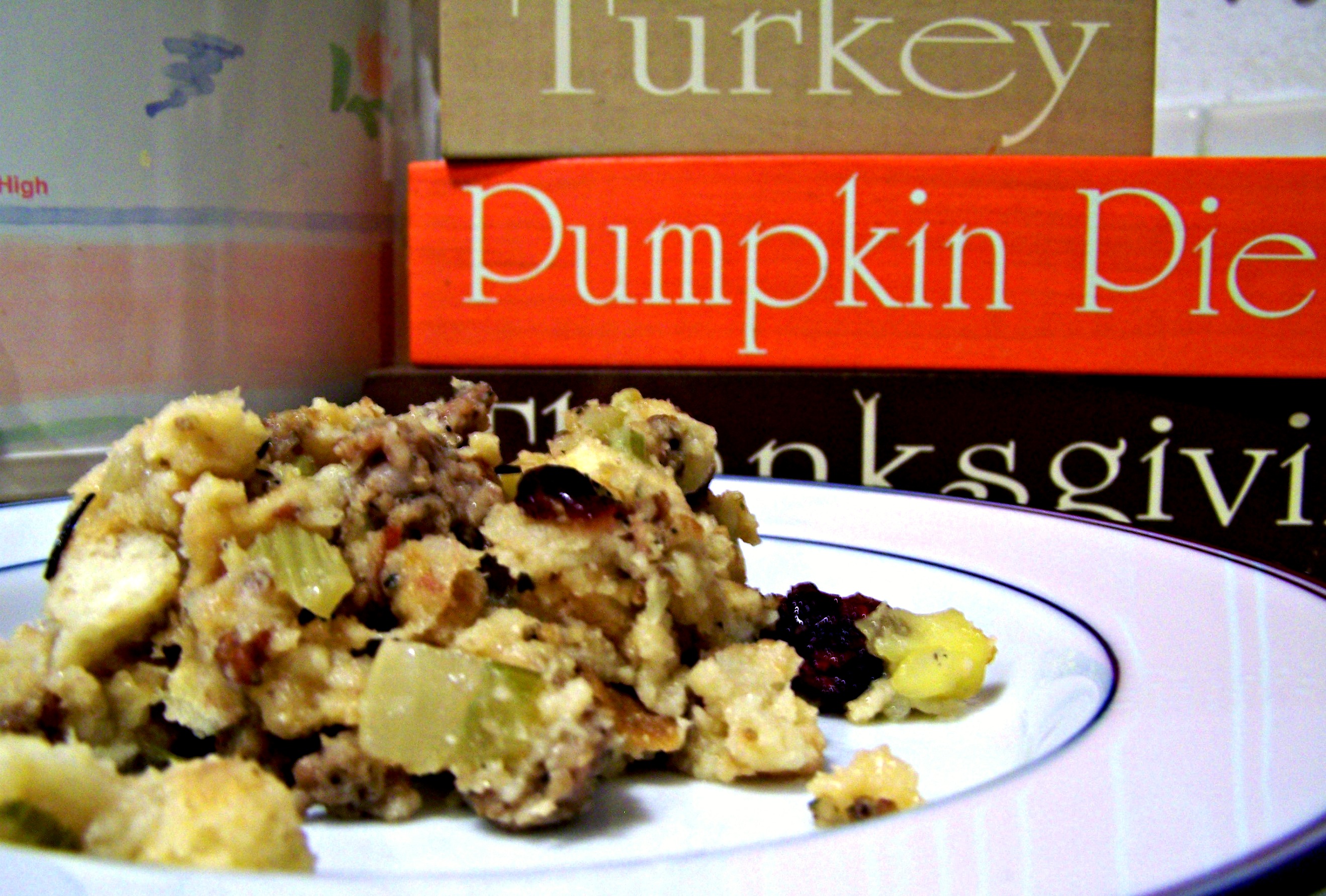 Thanksgiving Stuffing with a Crockpot Twist

Only 11 days until Turkey Day! That’s why I am dedicating this week to tasty and easy Thanksgiving recipes.  I’ve been testing many dishes to share as you plan your Thanksgiving menus. First up is a traditional Thanksgiving Stuffing, but made in a crockpot.

If you’re like me, you have several side dishes jockeying for oven space. Why I’ve never made a Thanksgiving side in the crockpot until now is beyond me. This concept is genius! And unless you’re stuffing your bird with the dressing, this is the best recipe for the crockpot because the slow cooking time really enhances the flavors and doesn’t dry out the bread. I’m telling you, once you crockpot your stuffing, you will never go back to the oven.

Thanksgiving Stuffing in the Crockpot

4 cups dried cornbread stuffing cubes (I used the Trader Joe’s package. Do NOT use the flavor packet.)

Saute the first five ingredients with the butter. When the onions and celery are soft, add the apple and dried cranberries, and cook another five minutes. Season with salt and pepper to taste. Remember not to use too much salt if your sausage is salty.

In a separate pan, saute the sausage until it’s browned. Combine the sausage into the vegetable mixture and stir. If you want to make this recipe meatless or vegan, simply leave out the sausage and substitute vegetable stock (for chicken) and olive oil (for butter).

In the crockpot, place about 1/2 cup of chicken stock and then the dried stuffing cubes. To the stuffing, add the sausage and vegetable mixture, then the remaining chicken stock. Stir to combine. Cook on LOW for about four hours. Then sit back, relax and watch everyone else scurry around the oven for their dishes. Stay tuned Wednesday for a green vegetable side dish that is guaranteed no leftovers!