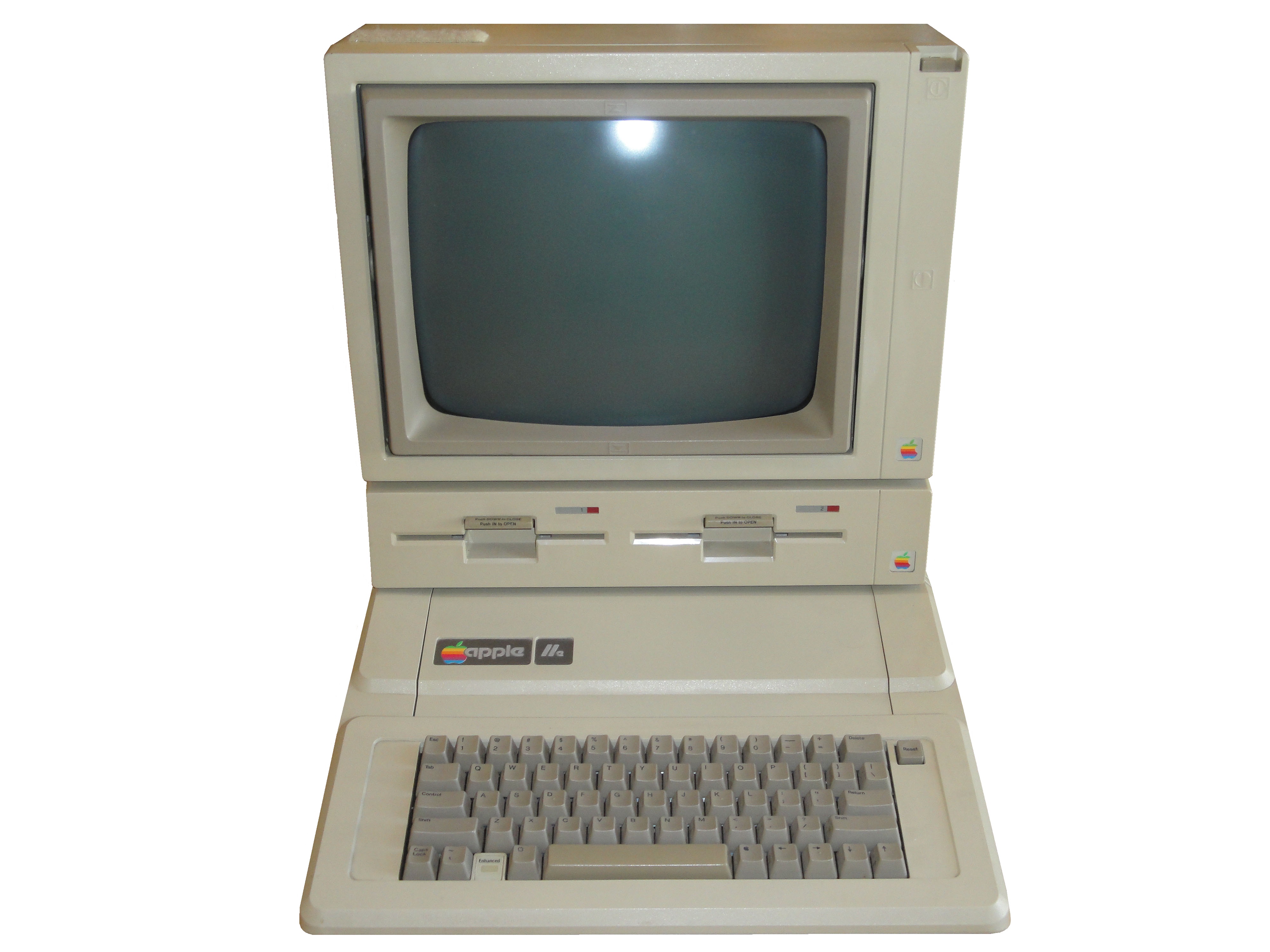 The Day the Apple Computer Changed My Life

“Mom, who exactly is Steve Jobs?” Sophie asked as we were watching the Golden Globe Awards.

“He’s the man who invented Apple, ” I said. “All the computers, the iPhone, iPad … Steve Jobs came up with the first Apple computer and everything else followed.”

This month marks 33 years since the Apple IIe home computer made its debut. I was Sophie’s age – 8 years old – and like her, I’d never heard of the name Steve Jobs either. While it would be years – decades, really – until I knew there even existed a man named Steve Jobs, not long after did learn of a device named the Apple computer.

Later that year, my father took me on an important errand. We were buying our family’s first home computer.

“Is it like a typewriter?” I asked my dad, barely even sure what a computer was as an 8-year-old kid growing up in the early 1980s.

It’s so much more than a typewriter, dad said. If you made a mistake typing, the paper was ruined saved for correct tape or white out. But with a computer – ah! – You can draft everything on a screen and correct as you go. Then you print it all out later when it’s perfect. I should point out this is the explanation from the man who (until several years ago) drafted every email, letter and document by hand before the words even made their way to a keyboard and computer. But dad recognized innovation when he saw it, and he knew the personal computer was the future.

Dad and I made our way to a computers equipment store and picked out our Apple IIe, the top of the line in home computing back in 1983. The next stop was Egghead Software where we would pick out a few floppy disc programs and games to play on said computer.

Soon the mysterious machine was set up and ready to use (although none of us really knew what we were supposed to do with it). Dad also decided that day was the opportune time for me to watch War Games, the movie that left him in awe in the theater. Like dad, I love the movie too, and it inspired me to use the new computer even more. War Games is still a favorite of mine to this day.

Over the years that followed, my sisters and I took turns playing games on it. Our favorite was the old-school version of Oregon Trail, where we’d speculate who would die of dysentery first. There was also Math Blaster and Gertrude’s Secrets. (Anyone remember that goose?). Later came a typing wizard program that dad bought to help me master my typing skills. I hated that game, but I suppose I should thank him for making me use it.

Once the dot-matrix printer came home, PrintMaster and PrintShop became a staple in our house. Every day a new banner or sign would line the inside of the house. I of course had very important reasons for using PrintShop, such as my soon-to-be-formed Summer Sticker Club and other such important projects.

Eventually we traded up for the IIc and the Macintosh, and the color printer that was like nothing I ever imagined. Soon middle and high school papers were typed and saved on the computer. And when I went to college, I was one of the fortunate few who had a computer so I could write term papers in the comfort of my dorm room rather than the library (also making my room a popular spot among friends).

It’s interesting to reflect back to the first time I met the little Apple icon and personal technology entered my life as an 8-year-old. Such a stark contrast to the Apple being in Sophie’s world for as long as she can remember. Today, of course, technology is a part of everything. Sophie will never experience the excitement of bringing home the first family computer because multiple machines have been in the house her entire life.

It’s a strange feeling, realizing that for kids and young adults today, there’s an absence of wonder with respect to technology. But such is the way the world changes. And while I certainly don’t want to stop technology from evolving, I’ll always remember with fondness the day my dad took me on an errand that –  quite literally – changed my life.

What was your first experience with technology?