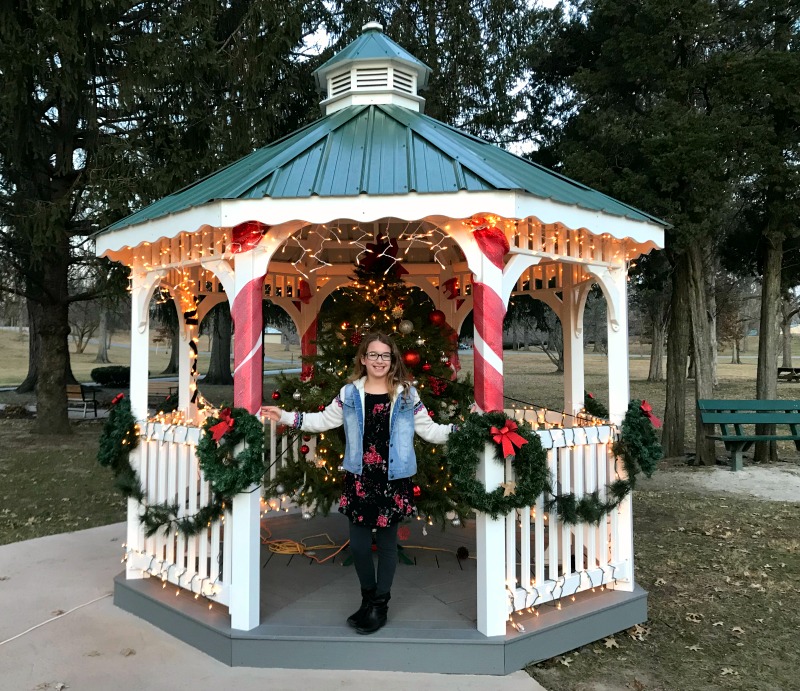 Last year’s Christmas was the same as the years before. On Christmas Eve, Sophie left cookies, milk and carrots out for Santa and his reindeer and went to sleep with visions of sugarplums dancing in her head. She woke early the next morning (aka woke us early the next morning) and rushed downstairs to open her gifts that Santa Claus left by the chimney with care. Like the many years before, it was a magical morning.

But the next day — December 26 — the magic began to fizzle.

When I was furiously wrapping presents earlier that week, I stashed the rolls of wrapping paper under my bed (which I’d never done before). On the 26th, Sophie was playing hide with Bryan and she decided to look under the bed in the bedroom. She was not prepared for what she saw.

A few hours later, Sophie approached me with trepidation.

“I found something under your bed,” she said.

“Mom, are you and daddy Santa Claus?” she asked with tears in her eyes.

In that moment, I was at a crossroads. I could tell her the truth, or continue to perpetuate the myth, making up some excuse about why the wrapping paper was under the bed. But that just didn’t feel right. And part of me knew she already suspected the truth, and I didn’t feel right about lying.

“What do you think?” I answered.

“I think you are,” said Sophie as she burst into tears.

I gave her a hug and confirmed her suspicions.

She cried, not because she was upset with me. But for the same reason I cried when I found out the Tooth Fairy wasn’t real. It’s like a part of the magic of childhood was gone.

Those years of being 8 and 9 — before the full-on tween sets in — are an interesting time. Kids are getting old enough to know what’s real and what’s not, but they still want to believe in the magic. They’re not quite ready to let go of being a little kid.

Later Sophie admitted that she started to wonder how Santa could really fit down a chimney. And how he always knew the things she wanted so much. She suggested that maybe she’d soon forget the Santa truth, and things would be back to “normal.” But we both knew that wouldn’t happen.

It seems like just yesterday when Bryan and I debated whether to embrace Santa Claus in our home. I’m so glad we did because the last five years of Santa’s existence in Sophie’s life have been so fun to witness. Especially for me, since I did not grow up believing in Santa Claus and always felt left out when Christmas rolled around.

Truth be told, I’m a little sad that tradition is over. Yet I’m glad she knows the truth too. Like every ending, it’s also a beginning and we now enter a new stage of Sophie’s tween life.

A few weeks after Sophie made her startling discovery last year, she told me she’s okay knowing the truth about Santa. And I think it made her see me and Bryan in a new light (kind of like the moment when we witness a new side of Ralphi’s Old Man in “A Christmas Story”). And then said this:

“Hey, at least I still have the Tooth Fairy and Easter Bunny to believe in!”

So maybe there’s still a bit of magic left in the world for Sophie after all.