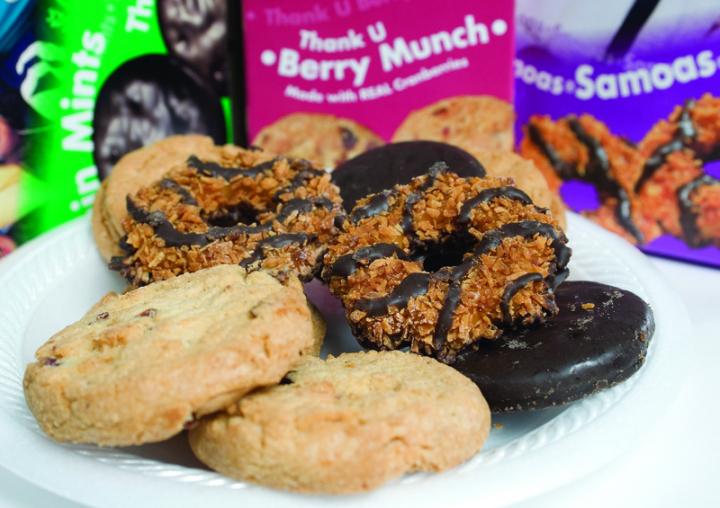 We’re just barely into 2011 and already the world is in turmoil. Egypt is breaking apart. California’s economy is a sinking ship. Toyota is recalling thousands of cars. And probably worst of all, Girl Scout Cookie season is in full force and it’s more political than ever.

It used to be that you were buying Thin Mints and Do-si-dos from the cute  Daisies, Brownies and Girl Scouts themselves. You felt a sense of pride shelling out a few bucks to get that little girl to camp, remembering how you once sold cookies in the neighborhood, at the grocery store, or in front of the video store (I’m dating myself).

But now, it’s a whole new ballgame. You’re not buying from the Scout herself. You’re buying from mom and dad, who just happen to be friends, colleagues, bosses, school acquaintances, and family members. Now it’s personal, on an adult level. Feelings will be hurt. Friendships severed. All over boxes of cookies!

Just the other day, I go into work and there it was … the cookie order form on the wall. This one belonged to my new boss (his daughters are Scouts; not him). Knowing I can’t pass this one up, I happily checked the box next to the Trefoils and Tagalongs. I can do two boxes. I’m feeling okay.

I then turn on my computer and the  Facebook status updates are being furiously changed by my friends and fell0w-parents pedaling their cookies. Buy from me, says one. Support my daughter, says another.

One colleague posted a video of his little girl asking us to please buy her cookies. Sophie saw the video and thought that cute kid was her. How can I resist that? Put me down for some Samoas, I said. Later that evening, another friend is asking me to support her kid. And then I find out Bryan (who doesn’t even like Girl Scout cookies) committed to two boxes of Tagalongs from one of his friends. Before I can say “no more cookies,” I’m asked to buy a box for Operation Thin Mint. Who can say no to the Troops?! That’s just downright unAmerican.

I’m starting to have a panic attack and it’s only Day 3 of cookie season! How many boxes have I committed to? Am I going to have to budget half of this month’s salary to the Girl Scouts? (At $4 a pop, it’s not that far off.)

I practically slammed my front door on a neighborhood girl the other day because I’d already given at the office. And how sad is that, really?! That little girl is going door-to-door, the way it’s supposed to be done. I’ll probably be so riddled with guilt by the end of cookie season that I’ll be wondering my neighborhood streets looking for that poor kid so I can set things right.

And did I mention that this year, the pressure is really on because those little salesgirls have the cookies right there in their hands? Gone are the old days where they’d take your order and you’d wait two months until the blessed treats arrived. Now it’s instant gratification. The boxes sell themselves. And I’m not sure this is a good thing.

So please – those of you who know me – don’t ask me to buy another box. I don’t need the calories. My pantry is full. And I’m tapped out until payday.