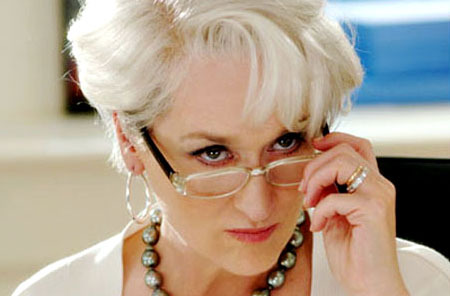 The Worst Job I’ve Ever Had

I have had many jobs in my life, beginning at age 16 when I dipped cones and spun blizzards at Dairy Queen. And there was the summer of 1996 when I worked as a news clerk for Knight Ridder New Service during the Republican National Convention in San Diego. Those are examples of two good jobs. (Yes, DQ was a good job.)

But I think it’s safe to assume we’ve all had a job horror story at one time or another, right? You may think my horror story involves the job that had me sharpen pencils as a task. But no, that wasn’t it. My horror story involves my foray into law at age 20. It was toward the end of my junior year in college. At the time, I was a bright-eyed political science major with hopes of attending law school after graduating. How different life can turn out to be!

So with those dreams ahead of me, I applied for a job as a clerk in a law firm. I’m not going to reveal the name and location of the firm, or even the type of law they practiced. Suffice it to say that it was not a large firm — four partners, four associates, legal secretaries, paralegals, law clerks, assistants, and a few office administrators. I never had any problems with the attorneys or paralegals. In fact, they were so nice and really took me into their family.

My problems started with my supervisor, an insecure office administrator who herself had dreams of going to law school one day. But apparently instead she became an office administrator in a firm while supporting her husband and newborn. She was a micro-manager at its worst and pretty much convinced me I could do nothing right in that job. Everything I filed was wrong. The way I answered the phone was wrong. Even the coffee I bought was incorrect. Looking back now, I felt as if I could have written The Devil Wears Prada. Only this woman couldn’t hold a candle to Miranda Priestly and hardly any girl would kill for this job. But I stuck with it and hoped I could get better and she would stop being so picky and mean. That never happened.

It was also tough for me coming to this job from KPBS, a non-profit public broadcasting station. At that job (and most of the ones I’ve had since), I always tried to conserve money and resources. If I could accomplish a task without spending a lot of money, that’s what I’d do. But the firm practiced for-profit law, which meant billing for everything. We couldn’t even make a copy without assigning it to a client billing code. I know this is common for law practices and there’s nothing wrong with it; but it was just a very different experience for me at the time.

I remember one day in particular where I had to drive to the downtown courthouse to file a pleading. It took me forever to find parking downtown and had very few quarters for the meters. When I got back to the office, my boss questioned me as to why it took so long. When I told her that I had to find parking, she said that next time, I should pay the money to park in the courthouse parking garage and charge it to the client. Let me explain this would have been something like $20 for a total of 10 minutes. I just didn’t feel it was appropriate. But I was wrong, again.

Another horrible aspect of this job was the dreaded afternoon filings at the courthouse. What is probably common practice, the attorneys often waited until 30 minutes before the courthouse closed to complete a filing or respond to a motion. This was done purposefully so opposing counsel wouldn’t have time to respond. It was then left to the assistants (like myself) to drive recklessly to the downtown courthouse to file the motion before closing. And it was implied that you had damn well better make it there before closing.

I remember dreading Fridays, which was when this happened the most. In fact, one Friday in particular, I was tasked with having to file the motion at the 11th hour. I drove like a maniac; parked in the courthouse garage; ran to the filing office; got in a huge line; and by the time I got to the clerk, it was too late. That’s right. I missed the deadline.

I seriously considered not going back to the office at all. Maybe they’d never notice if I didn’t come back. But I went back, explained what happened, and then went home. It seemed too easy. That was until Monday when my supervisor called me at home (I wasn’t working that day) to get a play-by-play as to why it wasn’t happened, what the clerk’s name was, what her exact words were, and exactly what time I arrived. God forbid the attorneys actually finish the motions to give us assistants enough time to file the motions.

I was such a stress case at that job. Driving out of the firm’s parking garage one day, I wasn’t concentrating and drove my car too close to the left pillar, which subsequently left my drivers-side mirror hanging by a thread.

The final straw came when I did something (I can’t even remember what it was now) that caused my boss to call me into her office, closed the door, and told me how unacceptable my action was. I left her office for my lunch break, got into my car and drove to my best friend’s house, and cried.

Later that week, I put in my resignation saying I had to concentrate on school and some blood pressure issues. (This was true, by the way, only the high blood pressure was a result of the job.) I doubt my boss was heartbroken. In fact, when she circulated a memo to the firm staff saying I was leaving, she used the words “Leah is quitting…” And on my last day in the office, she asked me to work late but said she hoped I wouldn’t “pop an artery or something.”

I left that job and felt like a weight had been lifted from me. I also decided I’d never work in a law firm again, and I started giving law school second thoughts. It’s too bad it was such a horrible experience. I know not all firms are alike and that attorneys are not bad people. But boy, if I never see that building or supervisor again, it will be too soon.