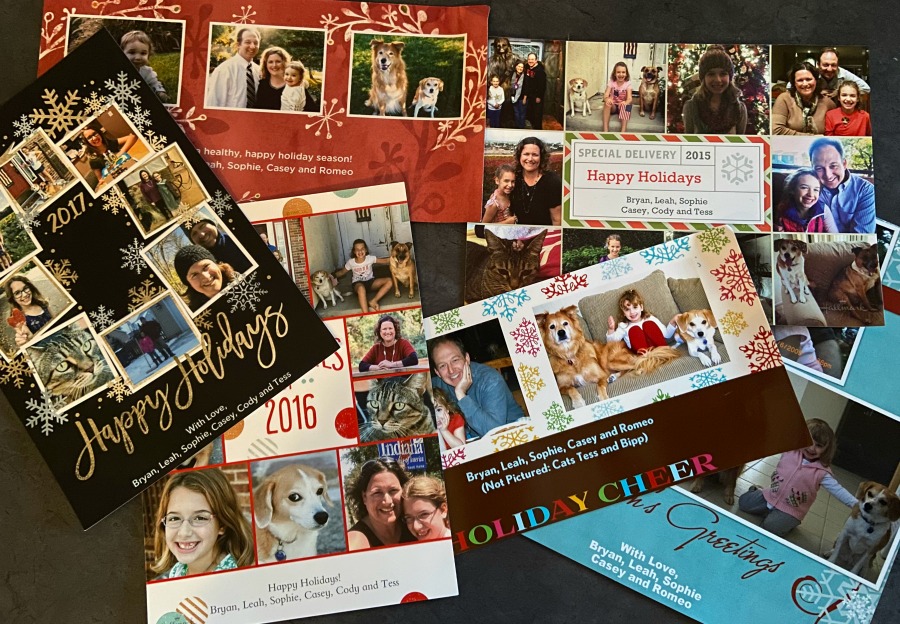 What Do You Do About the Family Holiday Card When You’re Getting Divorced?

When you’re going through a divorce, there are a series of steps you have to take. First step, file the documents with the county clerk’s office. Second step, attend mediation or hire an attorney. Third step, eventually divide up the household goods and bank accounts. And the list continues … There are instructions you’re given on how to co-parent, how to divide the assets, even how to get your maiden name back.

But nobody tells you what to do about the annual holiday card.

The internet is choked full of resources on how to co-parent and divide marital property and debt. There are tons of articles about how to tell your kids, your parents, your family and friends. But the holiday card … the snail mail treasure that’s meticulously designed and mailed to dozens of family and friends across the country … What do you do about that?

The year my ex-husband and I filed for divorce, it was still in process when the holidays rolled around. Family and close friends were aware of what was happening, but I never announced our separation on Facebook. And I did not write about the end of my marriage until months after the divorce was finalized. So when “the most wonderful time of the year” rolled around, I was filled with panic about what I would do for our family holiday card. After all, in today’s world, nothing says “failure” like having no holiday card to show.

I’d been sending a family photo holiday card since the early years of our marriage, for more than 15 years. Even before my daughter arrived, I sent cards of the two of us and our dogs. I enjoyed sending those cards, and I looked forward to receiving them from friends I had not seen in years. In both San Diego and Indiana, I created a special place in my living room where the cards were displayed.

But during that first year —during the divorce process—should I send a card of me and my daughter? Or just her and the pets? But wouldn’t people ask about the missing person in the photo and why his name didn’t appear on the signature line? Sending that holiday card would force me to face questions I wasn’t ready to answer. What is usually a happy seasonal tradition sent me into full-blown anxiety.

So what did I end up doing about the holiday card?

I posted a message on Facebook simply stating that I was not sending holiday cards this year; but I welcome the opportunity to continue receiving yours.

And then I had to let it go and forgive myself for not knowing the “right thing to do.” And I had to allow myself to be sad and grieve the loss of the family holiday card.

When I was going through my divorce, I was told grief comes in stages and hits you when you least expect it. I found that it’s usually in the little things — like the annual holiday card — where it hits the hardest. Because those are the traditions that are suddenly gone and will not return; not in the sense that they “always were.” Those are the moments that drove home the permanence of what was happening in my life.

At the end of 2020, I sent my first holiday card as a family of two (plus two dogs and a cat), and I will likely be sending a card this holiday season as well. But now I didn’t look at the cards with sadness or as an example of failure. Instead, they represent a new chapter of my life. They represent peace and the new life my daughter and I have together.

Change is always difficult. But I believe celebrating change — this time in the form of a holiday card — is also a reason to rejoice.