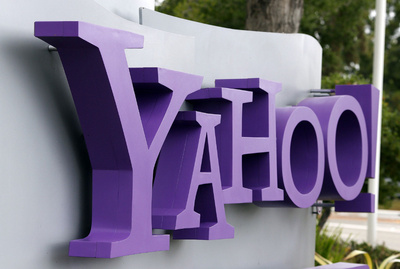 You WILL be Productive at Work, Darn It!

Okay everyone, let’s band together and force employees and co-workers to work together under the same roof and subject to the same condition. Because that will force everyone to be productive, and communicate, and get really creative, and make the workplace profit! Right? Well, according to Marissa Mayer of Yahoo!, that’s right. But for so many of us who’ve worked in office environments, we know the truth. And that is forcing every employee to work together under the same conditions in one place doesn’t always equal productive.

For those of you who have no idea what I’m referring to, the CEO and president of Yahoo! announced that beginning this June, the company will no longer allow its employees to work remotely. Everyone will need to be seated at their desk in the Yahoo! building in order to foster more collaboration and communication.

Before you start saying, “Wait a minute, Leah, you work from a home office! What do you know about this?” Let me tell you, I have quite a bit of first-hand knowledge in this area.

I’ve had my share of working for bosses and employers who were wonderful, understood the value of flexibility, and those that certainly did not. I can think of one ex-boss in particular who thought that being productive was showing up and being in the office for eight hours a day. Never mind the fact that so many of the employees were on the Internet doing non-work related things all day. They were – as Marissa Mayer wants her Yahoo employees to be – “present in our offices.”

Were employees in the office all day? You bet!

Were they productive? Depends on how you define productive.

I also had an experience with an ex-boss who would not allow any work arrangement outside the traditional 8-hour “your butt’s in the office” schedule. Case in point: After three days of me working half days with a sick daughter at home (rather than taking the three full days as family sick days), I was chastised by my boss. I thought I was doing the company a service by electing to work three half days rather than taking the days off in entirety. In the future, I was instructed, I should take the entire day off as sick leave. So even though I came into the office for a 4-hour workday (for three days straight) for the company, the boss said that unless I could be at my desk from 8 – 5, I should not come in the office at all and I should claim an 8-hour sick day. It was about – as he said – being present and being seen in the office. (No mention about the work getting done, mind you.)

Of course this was the boss’ decision and prerogative to govern how staff time should be spent. I respected that and didn’t argue. But I must say, I left that conversation not wanting to give an ounce of additional effort or consideration to that job outside of the time I spent in the office.

Same with Marissa Mayer. It’s her decision whether to mandate the Yahoo! staff to work at the office. She’s not doing anything illegal or unlawful. My point in writing this is that the claim that employees will be more productive and positive because they are working in an office is not a worthwhile claim. In fact, most studies show the opposite. So while you can mandate working in an office, you cannot mandate a happy employee.

Going back to Marissa Mayer’s decision, perhaps we should look at what may be the underlying reason for this decision: Yahoo! needs money for its company. To quote CNN Money, this new policy means the “long-distance employees will have to either relocate or resign.” Yahoo! won’t reveal just how many employees currently work remotely, but one can imagine it may be a good amount. When those employees do resign (and I’m sure many will just out of necessity), it will likely save the company quite a bit of cash. And Yahoo! never had to terminate anyone or pay unemployment. It simply had to issue a “change in policy” memo.

One wonders how long it will be before Google starts a hiring frenzy. Imagine how many new loyal employees it will pick up!